VIDEO: Lava Spectacle Filmed From Above

KALAPANA (BIVN) - Incredible views of lava rushing down the Pulama pali in bright orange channels were recorded during an overflight on Thursday morning.

KALAPANA, Hawaii – The 61g lava flow front reached the base of the pali yesterday, and today spread out a short distance onto the coastal plain.

“The volume of lava descending the Pali was enormous today,” reported Kalber, who was flying aboard Paradise Helicopters. “Pele has also formed a channelized flow nearly the length of the Pali, which will no doubt become the main lava tube route. The pahoehoe has become a’a at the bottom of the cliff scarp (Pali), and several a’a flows above sent lava rocks rolling downhill in a shower of hot rock. Interestingly, the amount of lava has not subsided on her journey from the Pu’u ‘O’o vent.”

The flow is about 2 miles from the ocean. 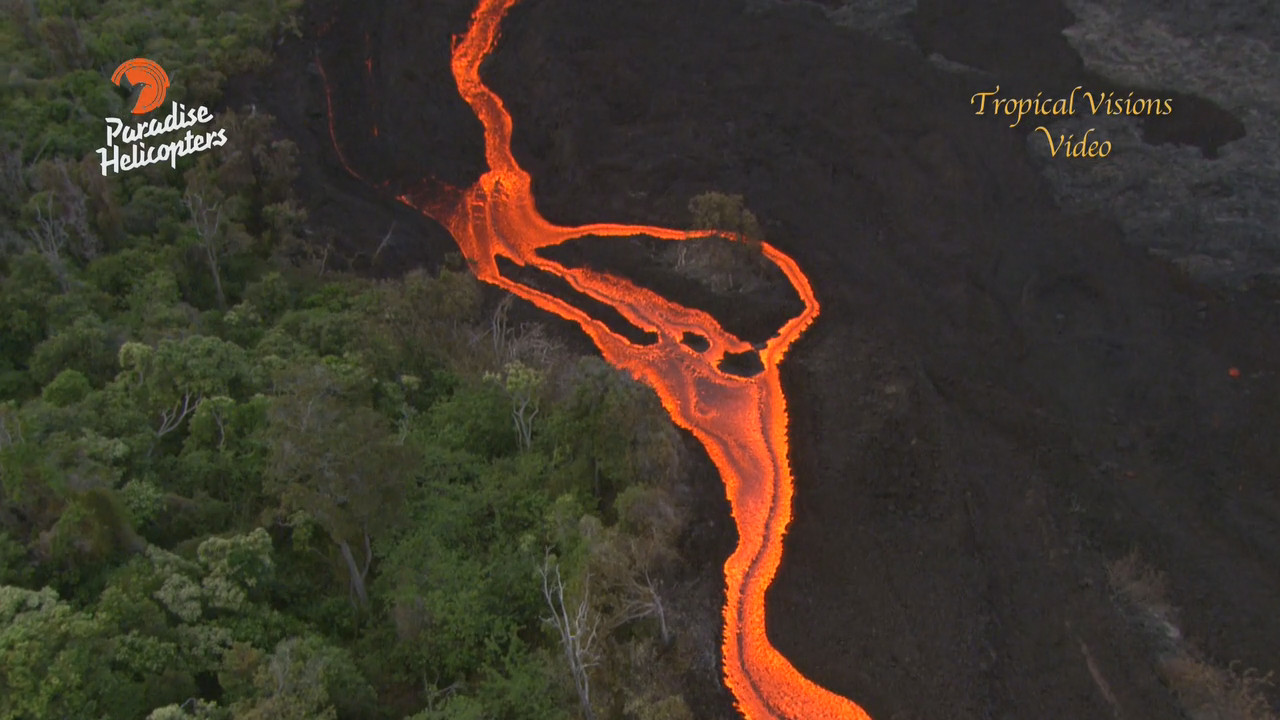