KOHALA COAST (BIVN) - The Mauna Lani Bay Hotel & Bungalows has released more than 210 honu over the past 27 years. Over 1,000 people gathered to see this year's event.

Since 1989, Mauna Lani has received juvenile honu, or baby Hawaiian Green Sea Turtles, from Oahu’s Sea Life Park. The honu are raised in the saltwater ponds of the resort, until they grow big enough to be released into the ocean.

Every year on the 4th, the honu are paraded to the shore in a ceremony that includes music and hula by Halau Waiau Keiki. 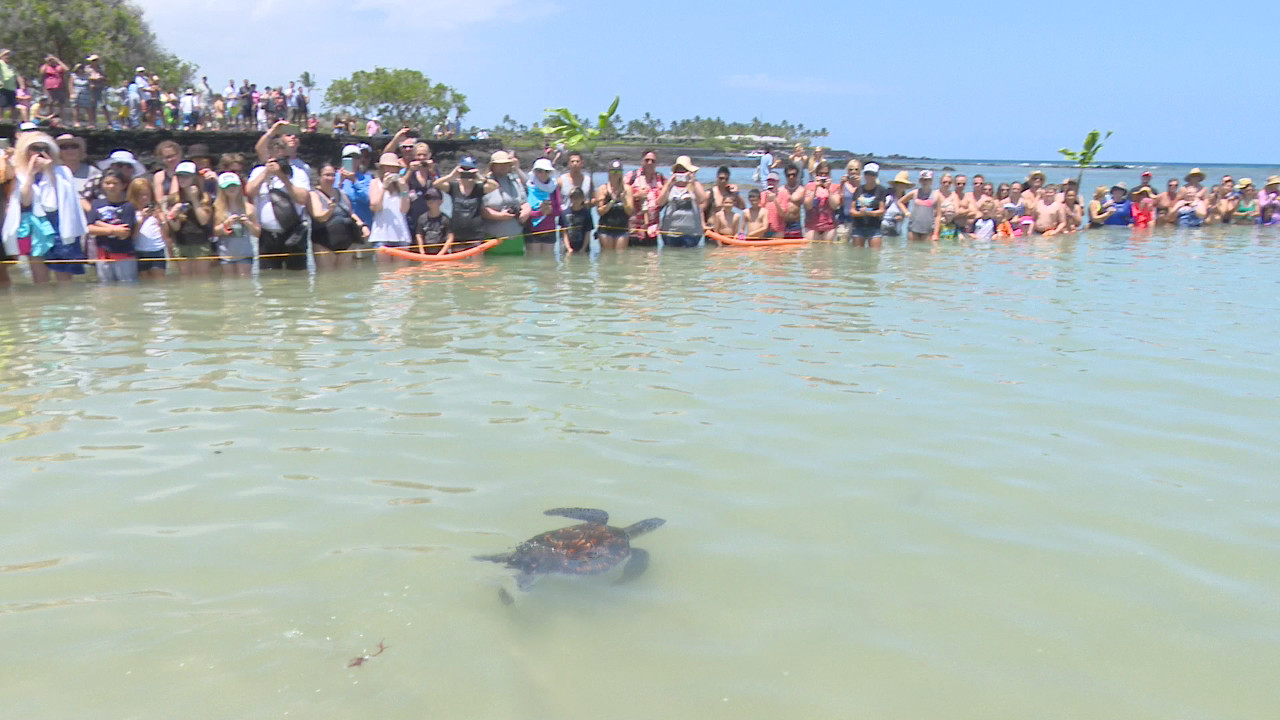