KALAPANA (BIVN) - Scientists map the 61g lava flow as Pele creeps closer to meeting the waters of the Pacific Ocean once more. New photos and video were posted today.

KALAPANA, Hawaii – Lava is less than 1.1 miles from the ocean as the 61g flow has crossed half way across the coastal plain near Kalapana.

The lava has traveled half a mile since Sunday, when USGS Hawaiian Volcano Observatory scientists last measured the flow front at 1.6 miles from the sea. 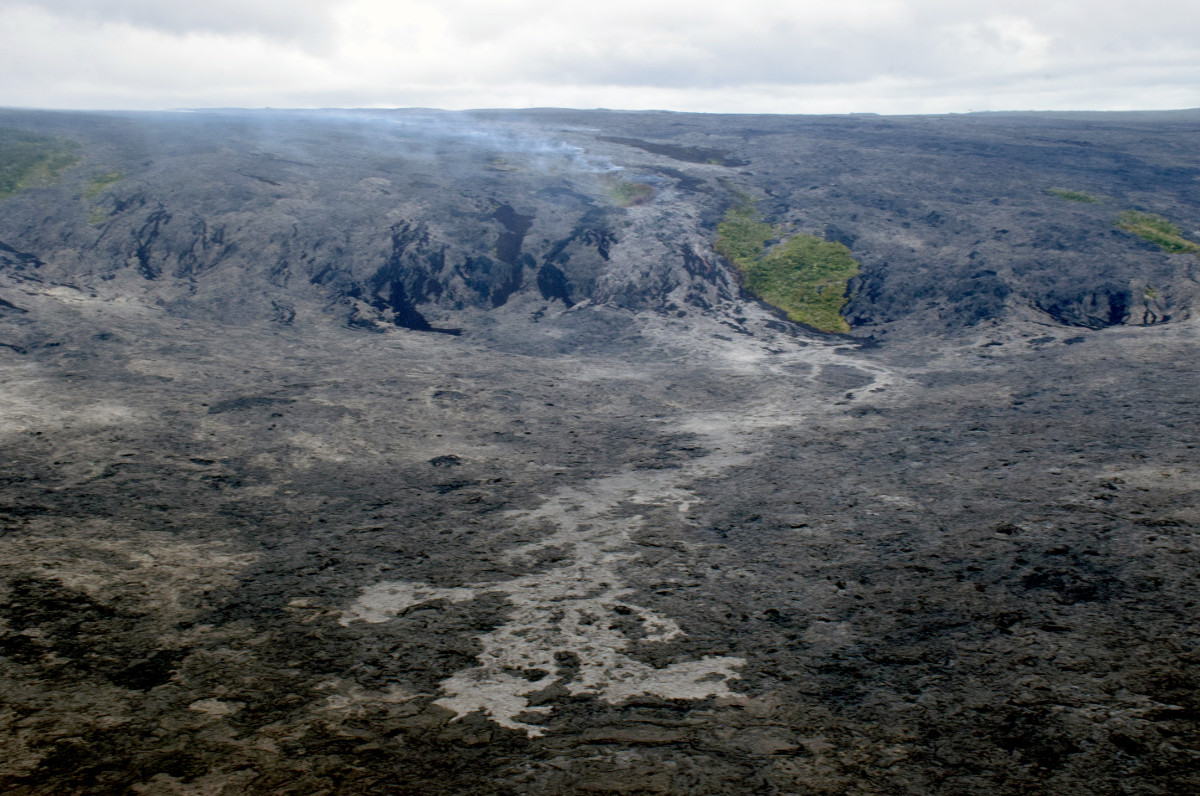 The leading front of the flow is the light gray area in the low center area of this USGS photograph.

Scientists say the amount of channelized lava on the pali has decreased over the past week, but there were still several open channels active today. 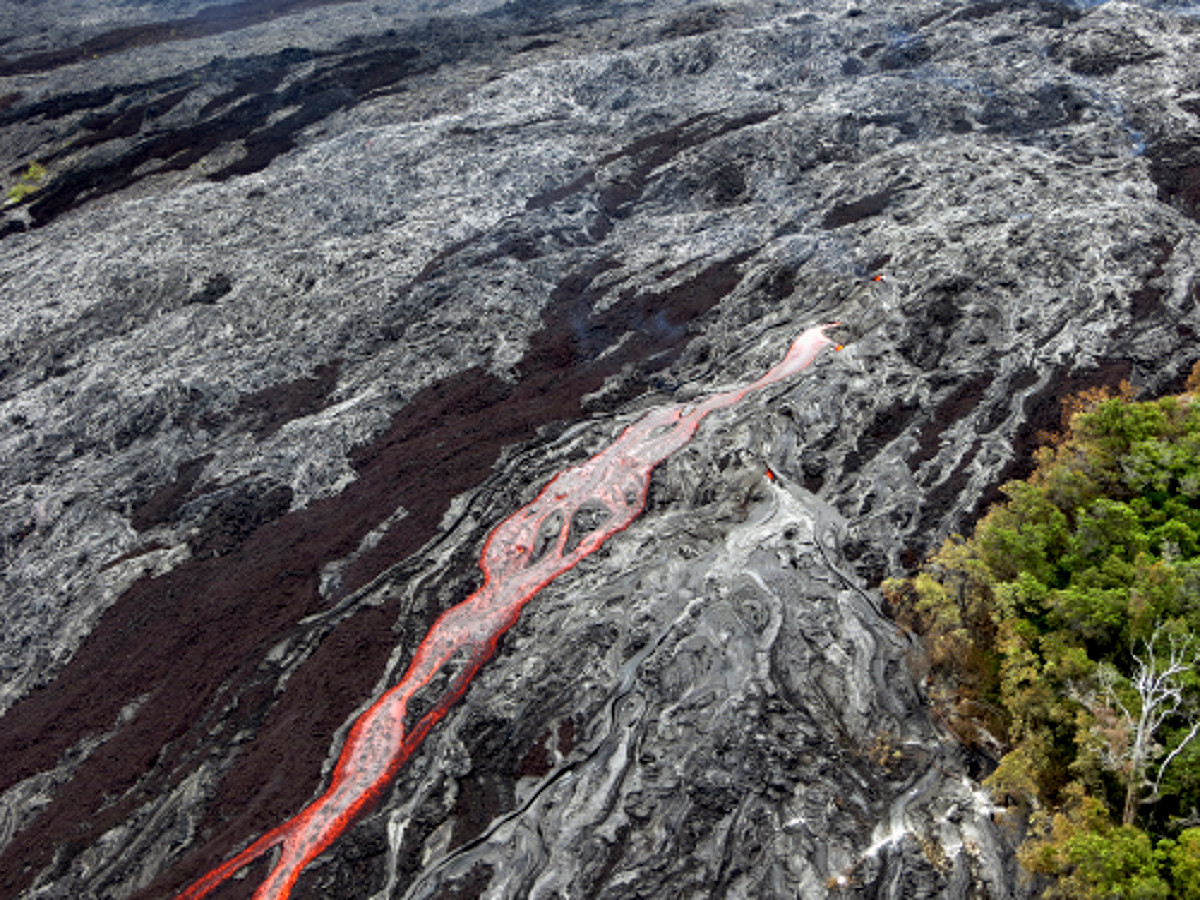 A closer look at the swiftly moving channelized lava on the pali, courtesy USGS.

A new map posted to the USGS website shows the forward progress of the lava flow. Most of the lava is within the boundary of the Hawaii Volcanoes National Park. In a media release issued today, National Park rangers again urged the public to view the lava flows from a safe distance. The park service says the closest viewing is from the County of Hawaii Kalapana Lava Viewing Area off Highway 130. “From the park side, hikers can expect a grueling 10-mile roundtrip hike over very uneven and sharp lava rock terrain riddled with earth cracks,” the park service wrote. “There is no trail, and it’s easy to get lost after dark.”

“There’s definitely been an increase in injuries since the 61G lava activity amplified,” said Chief Ranger John Broward in the media release. “We responded to calls about turned ankles, lacerations, dehydration, and disoriented visitors in the coastal lava plains all weekend. It’s exceedingly important to plan ahead, have proper footwear, and bring plenty of water, or better yet, enjoy the show from the end of the road on either side,” he said.

The park service says volcanic gas is another hazard, “particularly to people with heart or respiratory problems, and infants, young children and pregnant women.”