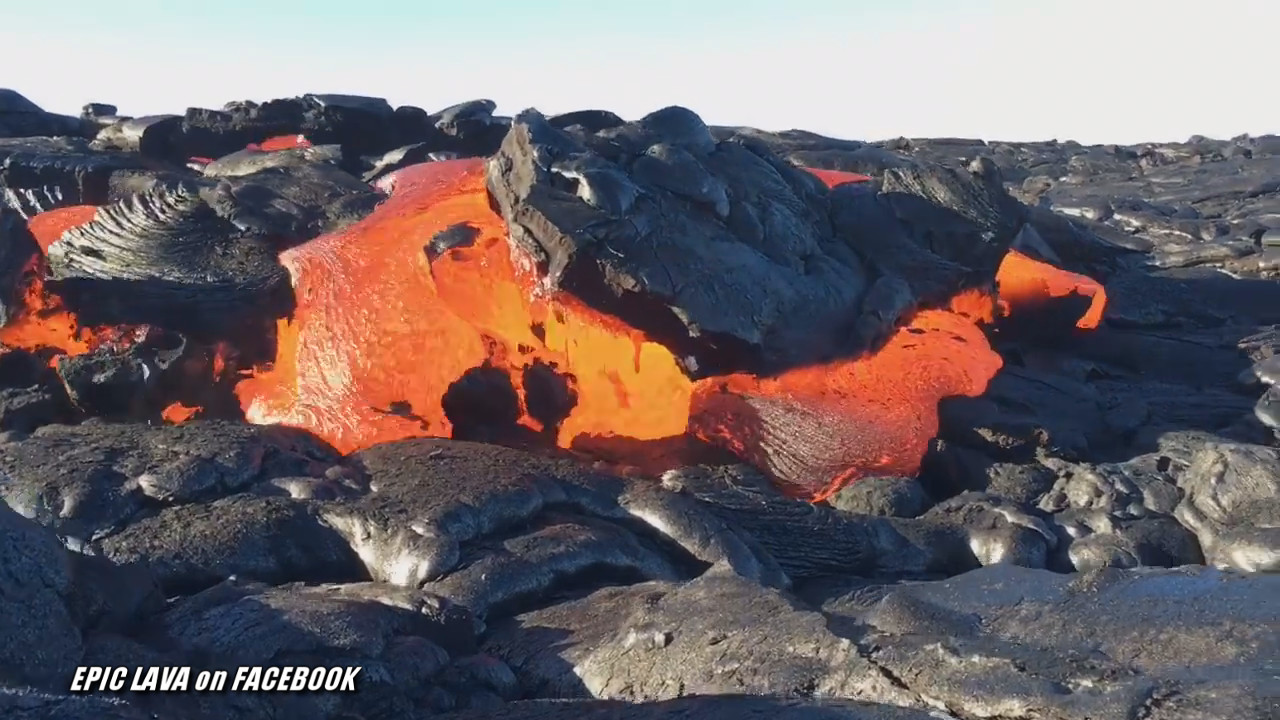 KALAPANA (BIVN) - The front of the 61g lava flow hasn't moved in a few days, however the flow field is still active and expanding.

KALAPANA, Hawaii – The 61g lava flow continues to be active on the coastal plain on Kīlauea’s south flank, although the flow front has not advanced.

USGS Hawaiian Volcano Observatory geologists last visited the flow field on Tuesday, and reported that the actual flow tip had stalled 0.6 miles from the ocean. However, many breakouts were active upslope, overplating and widening the flow field. 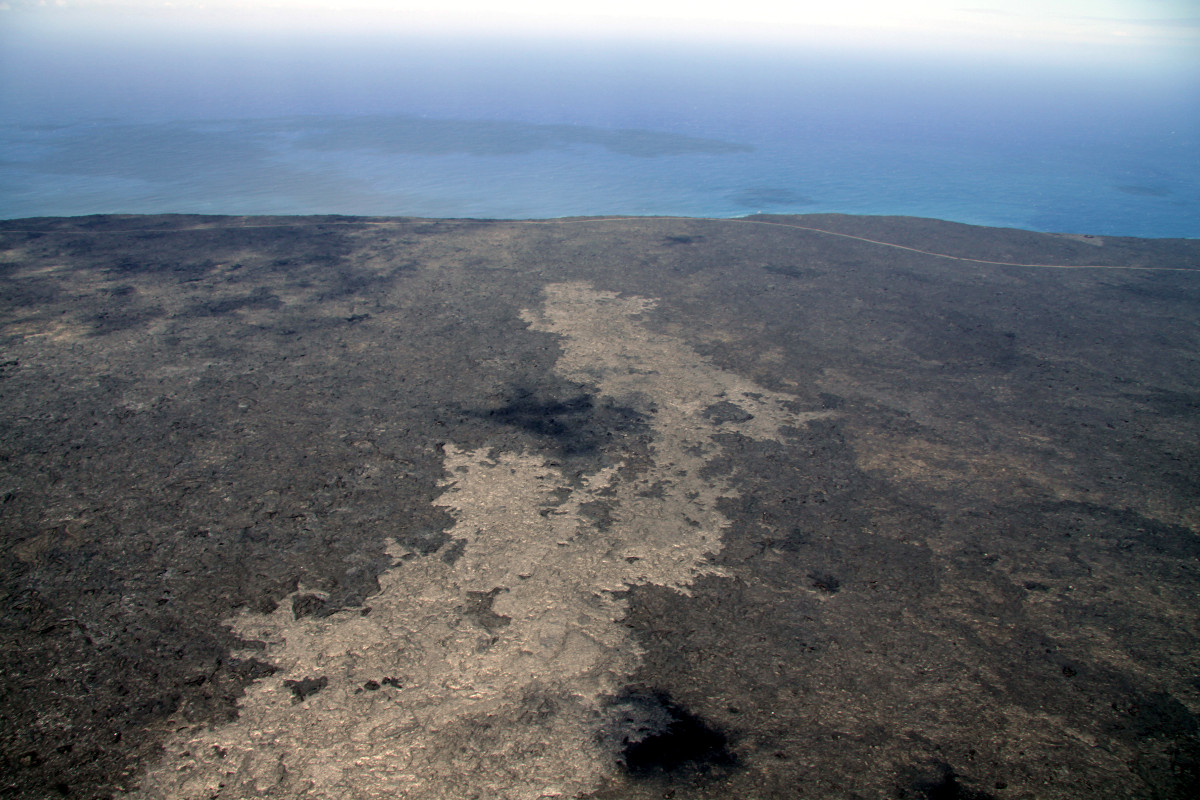 USGS photo: In this photo, the active flow is the lighter colored area.

The Hawaii Volcanoes National Park posted a message on its Facebook page recently, saying visitors are now “able to hike from the end of Chain of Craters Road in the park along the emergency access route to get a closer view of the lava flowing from Pu‘u ‘Ō‘ō and down the Pulama Pali.”

Park officials say the flows “are visible from a distance, and continue to dazzle visitors by day and after dark. Check in with park rangers at the coastal ranger station on the latest conditions. At present, the current active flow front is about a mile and a half from the ocean; the previous active flow front has stalled somewhat and remains about half a mile from the ocean. Both can be seen from the ease and safety of the emergency route and the coastal ranger station at the end of Chain of Craters Road.”

Park rangers have installed a beacon light three miles down the emergency route on the mauka side, HVNP wrote.

“Visitors are able to walk out to the flows,” the park service said, “and are reminded that lava rock terrain is very uneven, is riddled with deep earth cracks and that lava rock is sharp as glass. If you go, be prepared! Wear sturdy hiking boots, bring plenty of water and wear sunscreen and a hat. If you’re on the flow fields after dark, ensure you have a flashlight, extra batteries and move slowly! Do not cross active flows, instead view them from a safe distance. Rangers have assisted many injured and lost hikers in the last few days. Long pants, long sleeves and gloves to protect your hands are highly recommended.”

“Please show respect for lava and Hawaiian culture,” the park service requested. “Molten lava is believed to be the kino lau, or physical embodiment, of the Hawaiian volcano goddess, Pele. Do not poke or prod the lava, or do other acts (like roasting snack items) that are disrespectful to the Hawaiian culture.” 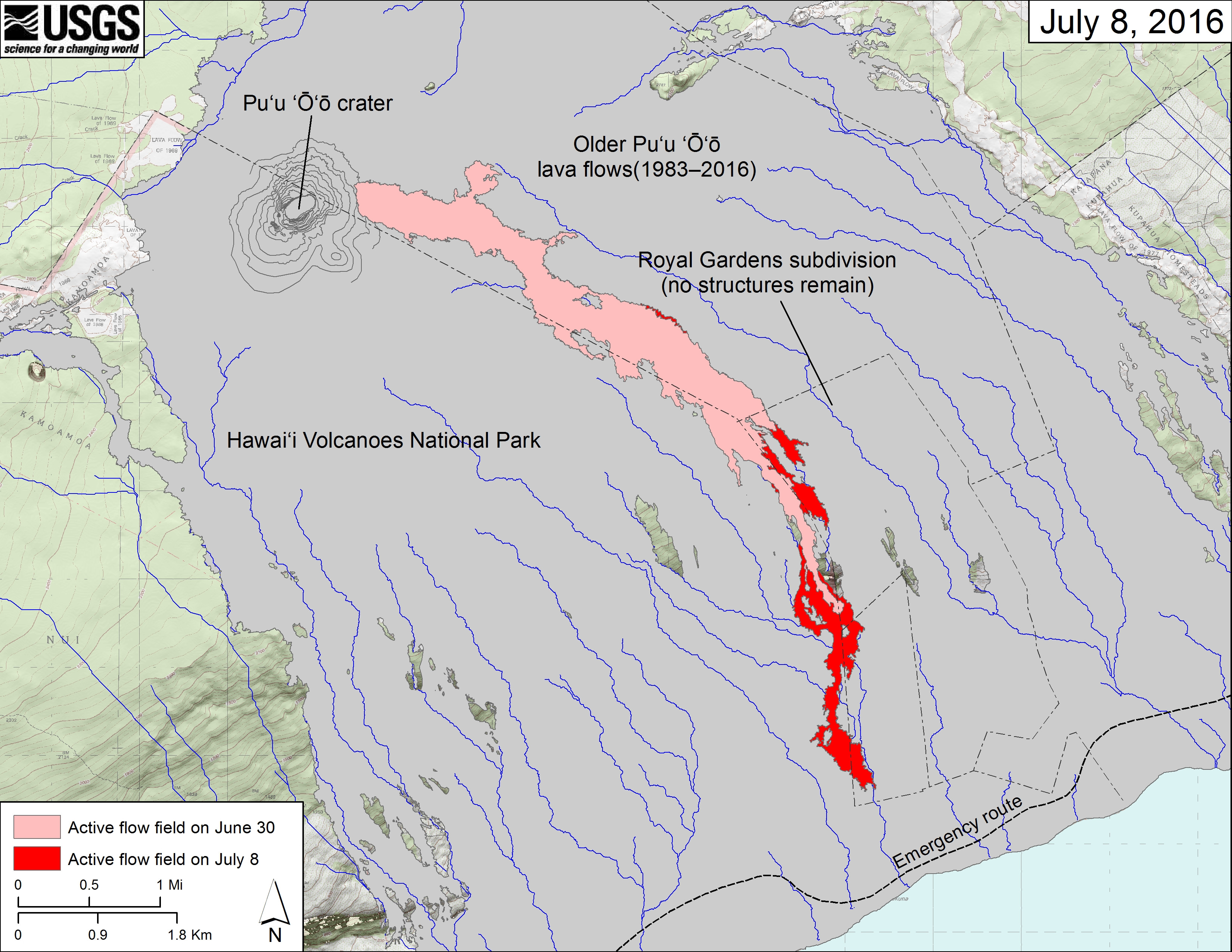