KALAPANA, Hawaii – The front of the 61g lava flow is now 1/2 mile from the Pacific Ocean, as its slow crawl on the coastal plain continues.

The USGS Hawaiian Volcano Observatory says the latest incremental advance was measured based on a satellite image from July 13. Photos from the images were posted to the HVO website yesterday. 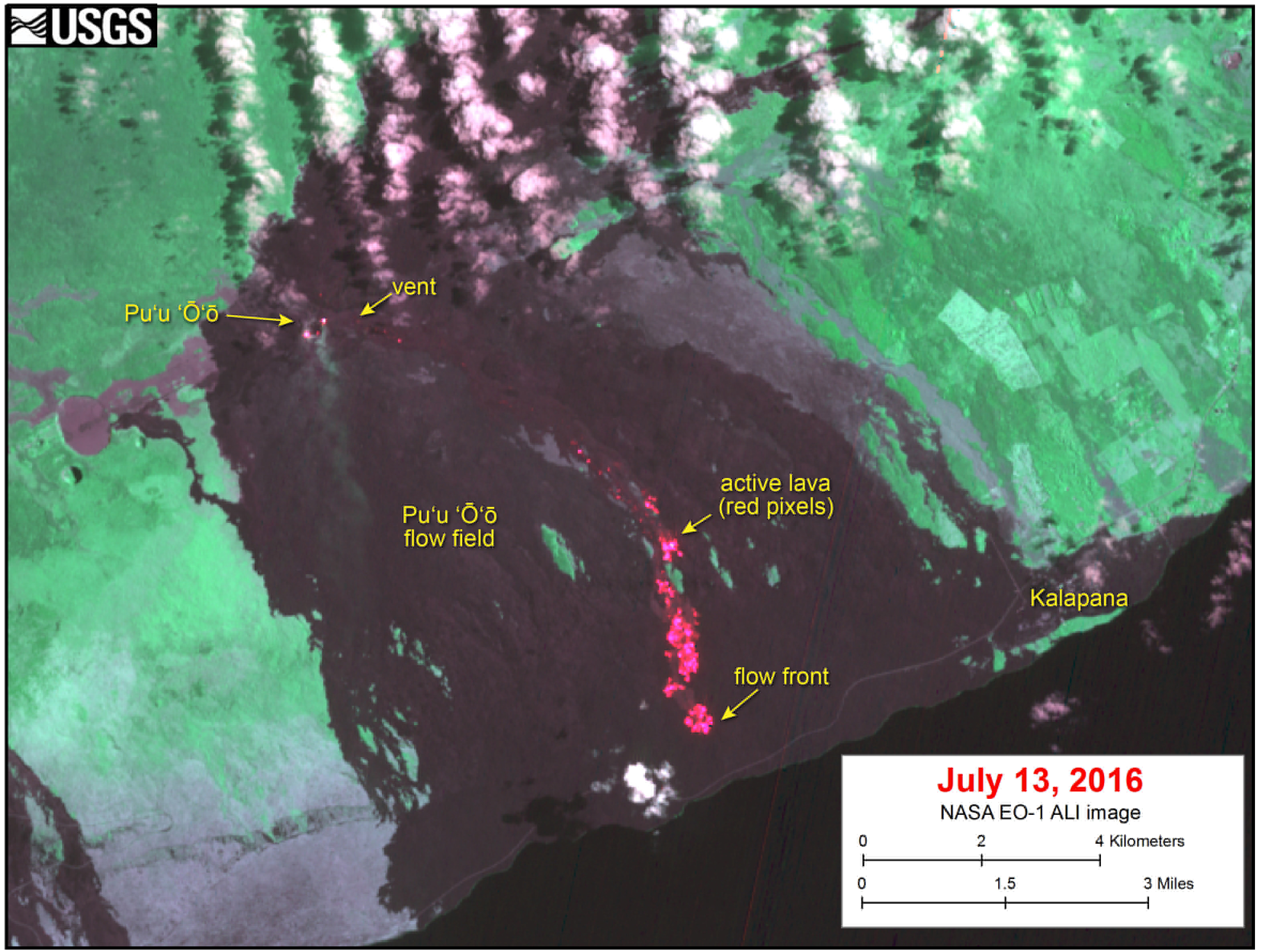 (USGS) This satellite image was captured on Wednesday, July 13, by the Advanced Land Imager instrument onboard NASA’s Earth Observing 1 satellite. The image is provided courtesy of NASA’s Jet Propulsion Laboratory. Although this is a false-color image, the color map has been chosen to mimic what the human eye would expect to see. Bright red pixels depict areas of very high temperatures and show active lava. White areas are clouds.

Scientists say bright incandescence remains visible in overnight webcam views of the active lava flow field, marking lava tube skylights and areas of active breakouts on the pali and along the flow as it extends towards the coast. 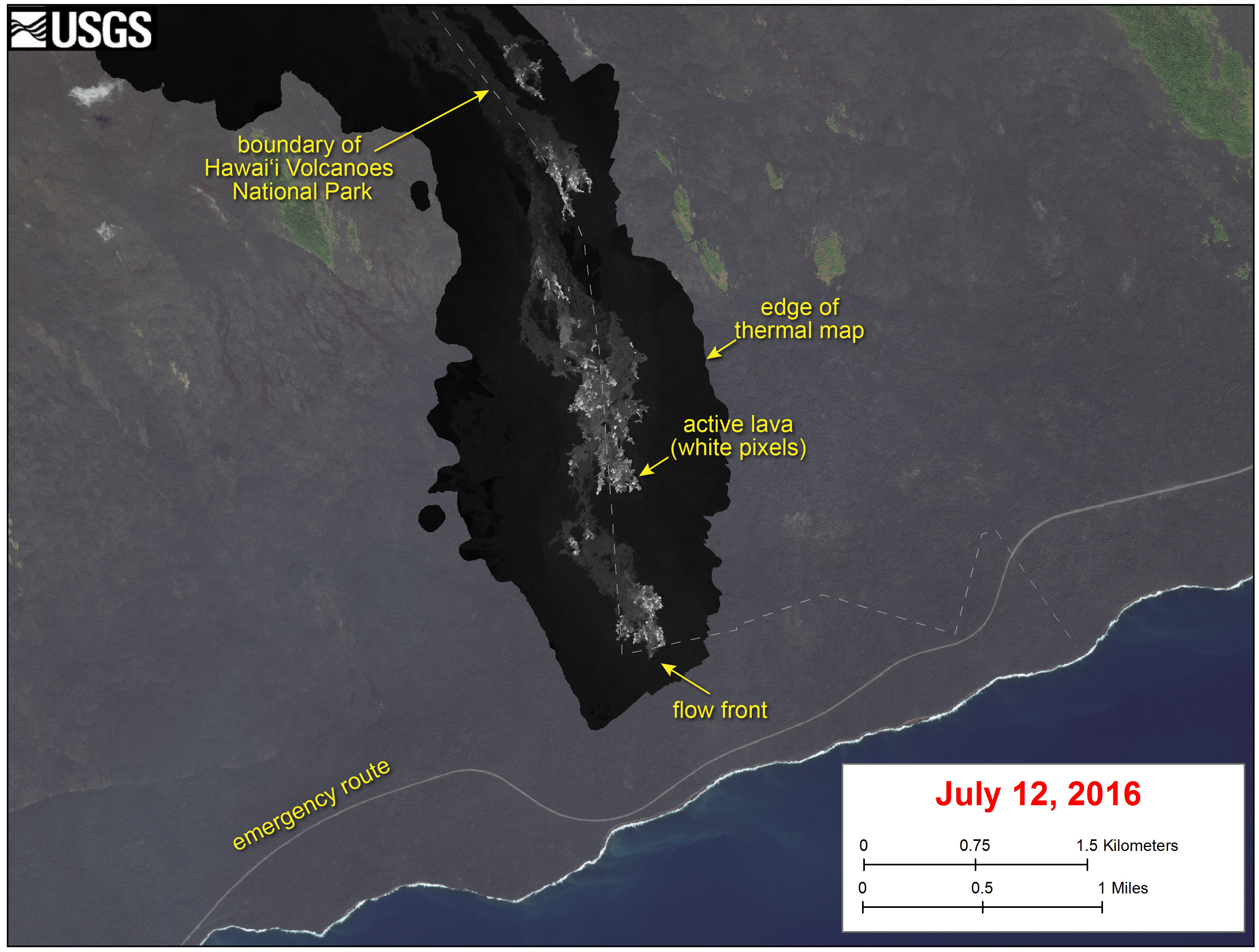 (USGS) This image shows a thermal map of the flow on the pali and coastal plain, created from airborne thermal images. White pixels are hot, and show areas of active surface breakouts. The background image is a satellite image collected before the current lava flow was active.

Videographer Mick Kalber also made note of the many skylights above the flow during an overflight on Thursday. “An enormous amount of lava can be seen coursing beneath the ground… much more than we see on the surface anywhere,” Kalber wrote. “We can only assume the field is inflating and Pele will break out soon to continue her journey to re-unite with her sister, Na Maka, the Goddess of the Sea.”

“For the last century, residents of Hawaii, the United States, and the world have visited Haleakala National Park and Hawaii Volcanoes National Park and gained a greater appreciation for the natural environment, the history of Hawaii, and Native Hawaiian culture,” said Senator Hirono in a media release. “I thank my colleagues for joining me in this effort, and encourage as many people as possible from across the nation to come to Hawaii to visit these national treasures.”