HONOLULU - The Hawaii Public Utilities Commission rejects the $4.3 billion deal to control the state's power company, concluding the application is not in the public interest. 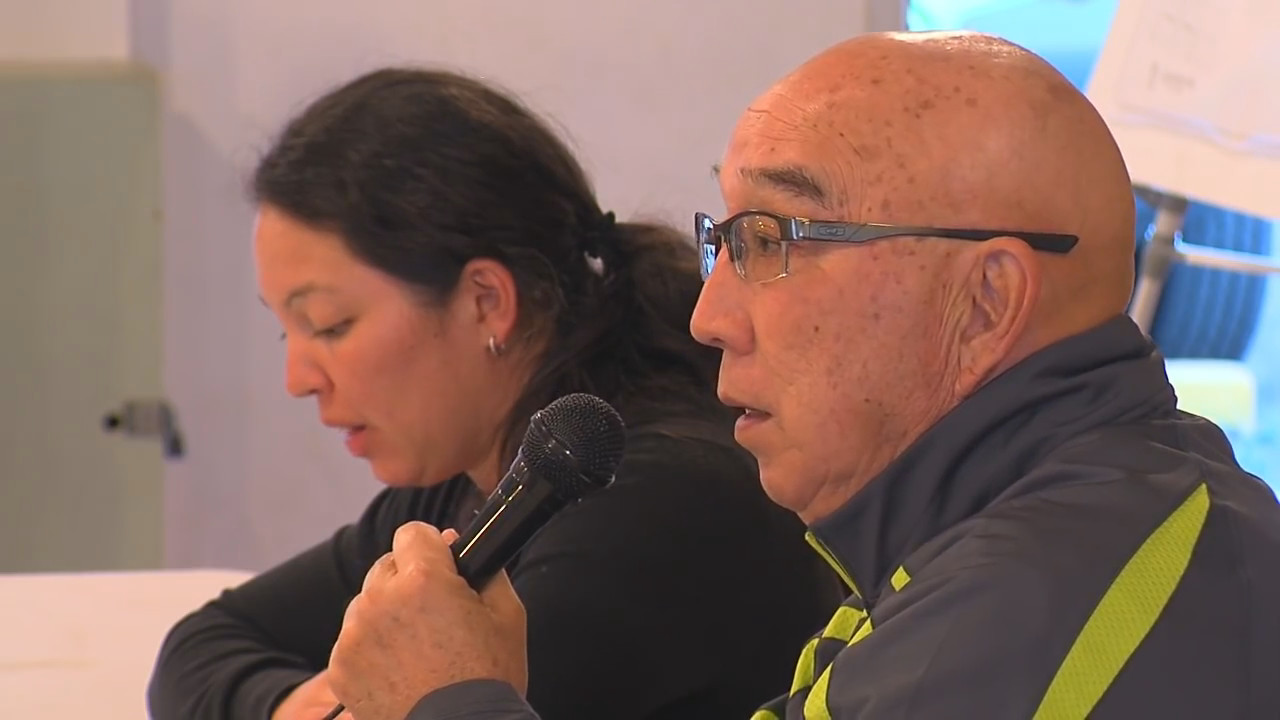 HONOLULU, Hawaii – The $4.3 billion deal for control of Hawaii’s power company has been rejected by state regulators.

In a 2-0 decision issued Friday, the Hawaii Public Utilities Commission dismissed without prejudice the Hawaiian Electric Companies and NextEra Energy’s Joint Application for the Change of Control.

In a summary of its Decision and Order No. 33795, the PUC said it concluded the application is not in the public interest “with respect to five fundamental areas of concern: (1) benefits to ratepayers; (2) risks to ratepayers posed by NextEra’s complex corporate structure; (3) Applicants’ clean energy commitments; (4) the proposed Change of Control’s effect on local governance; and (5) the proposed Change of Control’s effect on competition in local energy markets.”

“We are in receipt of today’s PUC order and are currently reviewing it,” said NextEra Energy and Hawaiian Electric Industries in a joint statement.

Governor David Ige, who publicly opposed the merger, issued a statement following the announcement of the decision.

“I want to thank the Public Utilities Commission and stakeholders for their participation in this historic process,” Ige said. “This ruling gives us a chance to reset and refocus on our goal of achieving 100 percent renewable energy by 2045. The proceeding helped define the characteristics and parameters of Hawaii’s preferred energy future. We look forward to creating a process to find the best partner in the world.”

“No matter who owns the company, the energy vision for Hawai‘i remains very clear – 100 percent renewable energy with a transformation to a customer-centered utility focusing on smart meters, smart grid, distributed local solutions, and as much consumer choice as possible,” Ige said.

Governor Ige stirred controversy in early July when he appointed Tom Gorak on an interim basis to the Public Utilities Commission after Commissioner Mike Champley’s term expired on June 30, 2016.

After being pressed by Senate President Ronald Kouchi as to the legalities of the Gorak appointment, Hawaii Attorney General Doug Chin responded that the governor was authorized to act by the Hawaii Constitution. Chin noted Commissioner Gorak’s appointment lasts only until the full Senate considers it when the Legislature is back in session.

On Friday, Commissioner Gorak abstained from signing the PUC’s Decision and Order on the HEI-NextEra merger.

Various environmental and consumer groups applauded the decision in a news release.

“NextEra made this a no brainer,” said Isaac Moriwake, Staff Attorney with Earthjustice. “Outright rejection of the takeover was the only realistic option. NextEra refused to provide its plans for Hawaii, other than to give us a ‘bigger HECO.’ Based on its opposition to clean energy in Florida and failure to chart a different path in this state, NextEra is not what Hawaii wants or needs.”

“Utility executives need to understand that innovative technologies like rooftop solar, just like cellphones before it, are the wave of the future,” said Robert Harris, the Alliance for Solar Choice Spokesperson. “Simply selling out for a golden parachute is not a viable option for HECO executives, nor is fighting against customers trying to do the right thing for their households and the planet. Utilities need to move towards a 21st century grid that empowers customers to save money and produce cleaner power.”

“Hawaii is committed to a 100% clean energy future,” said Marti Townsend, Director of the Sierra Club of Hawaii. “We need partners that will help advance our critical economic and environmental goals, and not businesses focused solely on their short-term gain.”

Marco Mangelsdorf, the Board Secretary & Spokesperson for the Hawaii Island Energy Cooperative, stated: “It’s been a long road these past two years for the people at Hawaiian Electric with a lot of hard work put into trying to close this deal. We have a great deal of respect for their efforts. As to why this transaction did not close, we leave the reading of those tea leaves to others.”

“As far as HIEC,” Mangelsdorf added, “we will continue to maintain open and friendly communication with HEI management and contribute where we can to advocate for the best interests of the residents of the Big Island. We have said in our public filings on the docket that we believe exploring a cooperative alternative for Hawaii Island is in the best interests of our community, and we stand ready to begin that process at any time.”