HAWAII ISLAND (BIVN) - Hawaii Island appears to have escaped wisespread damage from Darby, although there are reports of numerous power outages in Puna, Hāmākua and Kohala.

HAWAII ISLAND – The apparent center of Tropical Storm Darby has emerged off the west coast of the Big Island, forecasters say, and is now 25 miles southwest of Kailua-Kona. Darby is moving toward the west near 11 mph, and is still forecast to make a turn toward the northwest later tonight and continue moving northwestward over the next 48 hours, with little change in forward speed.

Hawaii Island is still under a Tropical Storm Warning, for now. A High Surf Warning is also in effect.

UPDATE (10 p.m.) A Flash Flood Warning is again in effect until 12:30 a.m. Sunday. At 9:23 pm HST, the National Weather Service says radar showed a large band of heavy rain moving onshore into the Ka’u district of the Big Island, from east of Volcano to South Point. The heavy rain will continue moving slowly to the northwest into upslope areas, with rainfall rates of 2 to 3 inches per hour likely. The ground is already saturated in this area from earlier heavy rains. Excessive runoff is likely, and Highway 11 at Kawa Flats may be vulnerable to closure due to flooding.

About 1,000 customers in the lower Puna district and a few customers in Hāmākua, upper Puna, and Kona are still without power. HELCO says crews are working through the night to make repairs and safely restore electric service. Customers in other areas who are experiencing an outage should call the Trouble Desk at 969-6666.

“Our crews work to safely restore power as quickly as possible but the abundance of trees near lines creates hazards and challenges for our crews,” said Rhea Lee-Moku, HELCO public information officer. “On Friday afternoon an albizia tree brought down power lines in Pohoiki. After the fallen tree was cleared, crews worked on Saturday to repair the lines. Just as they were preparing to re-energize the lines, another tree fell, bringing the lines down again.”

GETTING BACK UP AND RUNNING

Solid waste transfer stations and landfills will be open as normally scheduled.

Umauma Bridge on Highway 19 remains closed with a detour through Old Mamalahoa Highway. 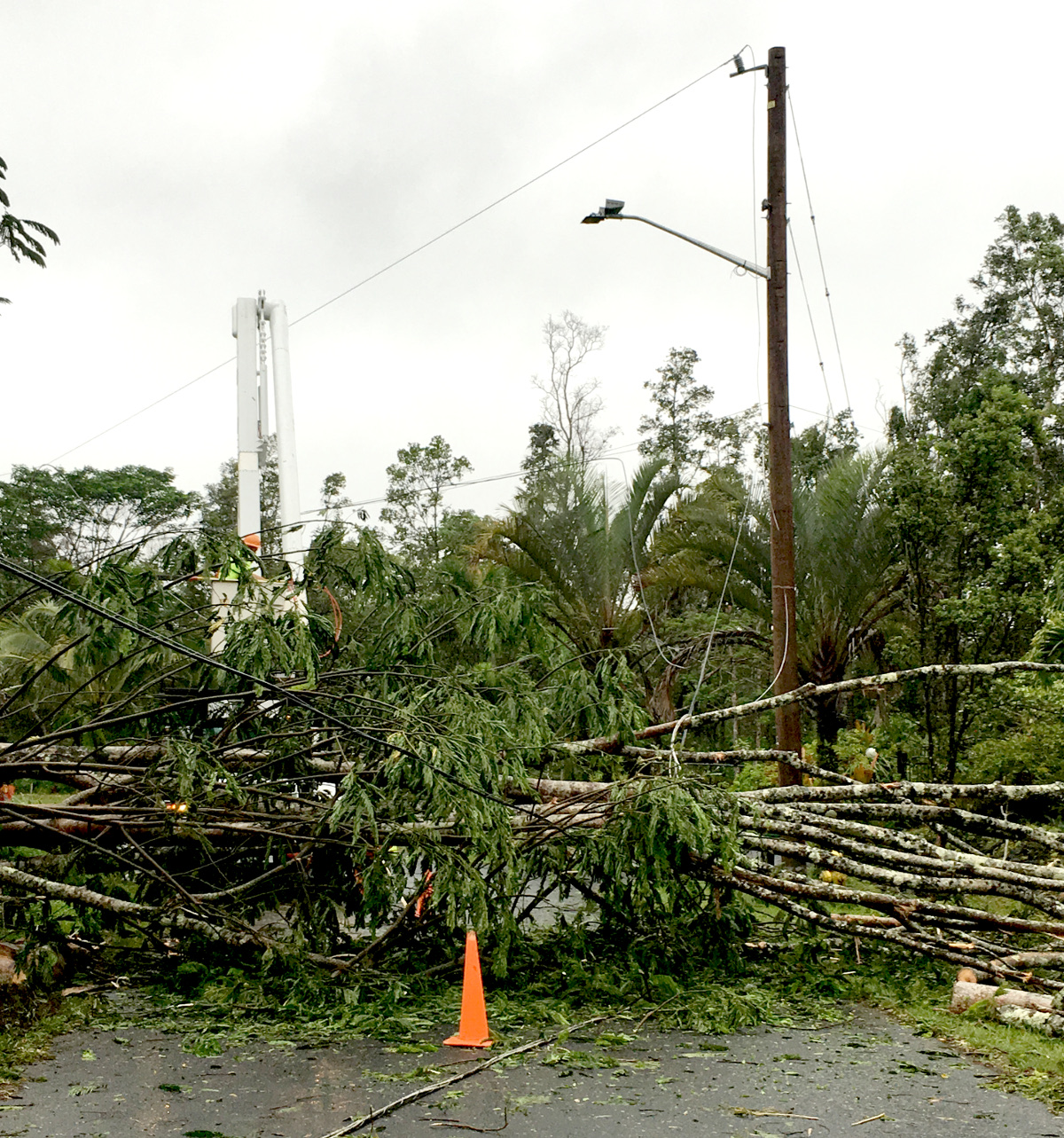