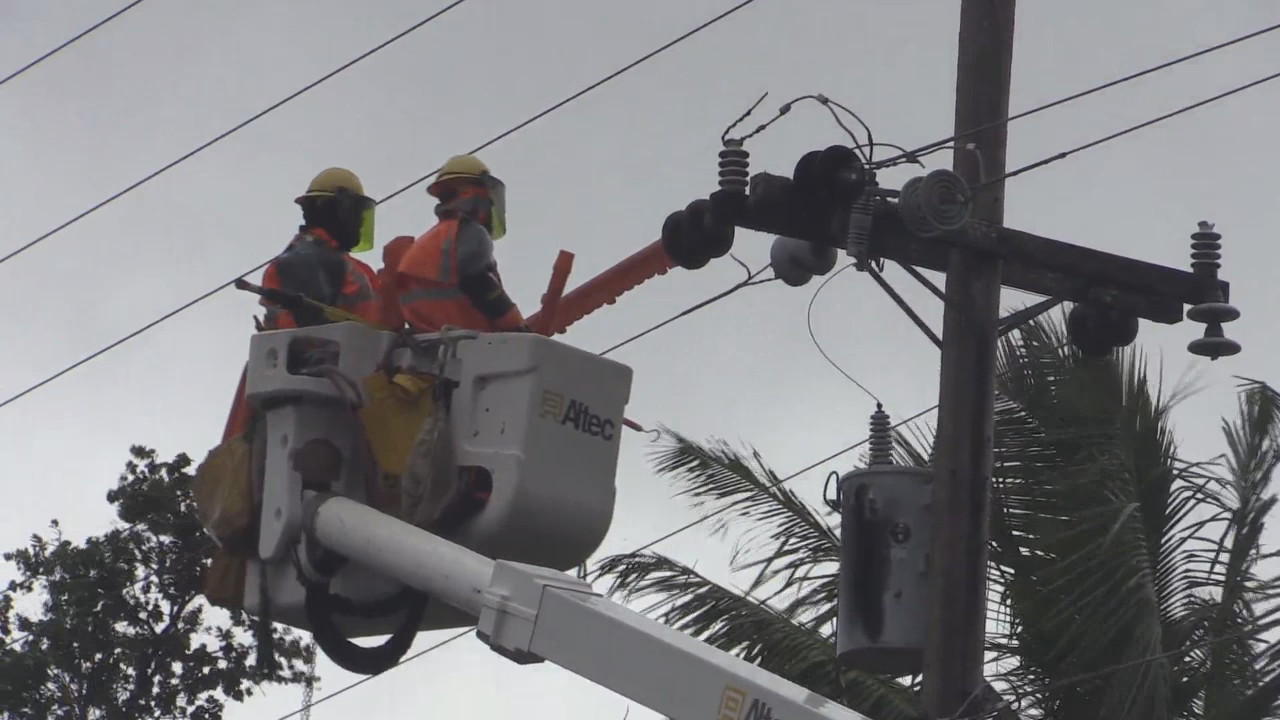 HAWAII ISLAND (BIVN) - A Flash Flood Watch remains in effect for Hawaii County as rain bands around Darby will continue to bring showers and thunderstorms through this afternoon. A Brown Water Advisory has also been issued. 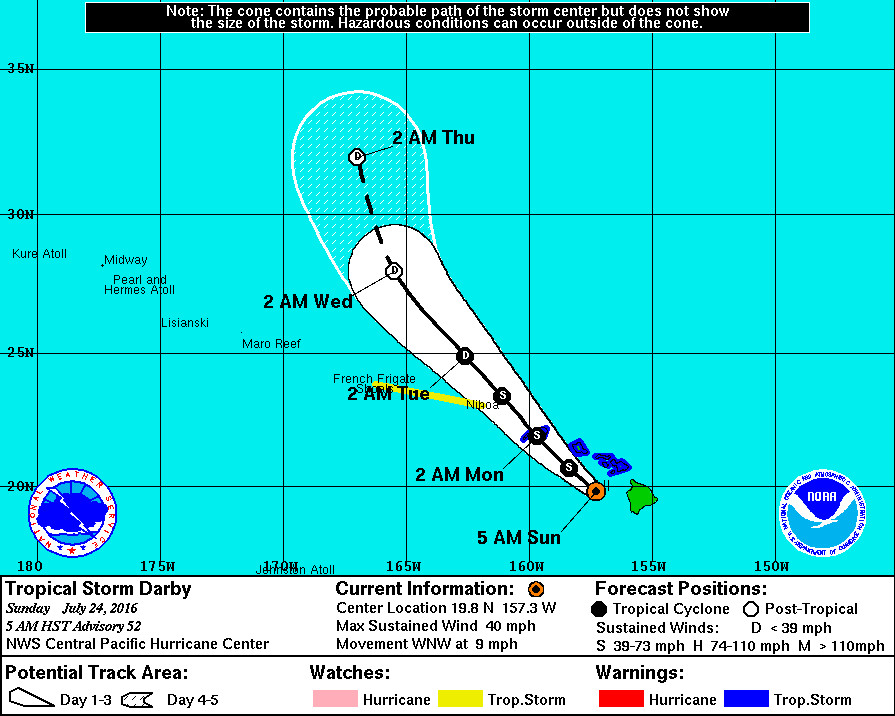 HAWAII ISLAND – The Tropical Storm Warning is no longer in effect for Hawaii Island. The High Surf Warning for Hawaii County has also been cancelled.

Tropical Storm Darby is now 110 miles east southeast of Oahu. Darby is moving toward the west-northwest near 9 mph and this general motion is expected to continue over the next 48 hours. Darby has maintained its strength with maximum sustained winds are near 40 mph with higher gusts. Little change in strength is forecast through Monday, with slow weakening Monday night.

It appears the mountains of the Big Island did a number on Darby. “The center of Darby is difficult to find early this morning,” the National Weather Service stated at 5 a.m. “The low level circulation of the system continues to reorganize after its encounter with the Big Island late Saturday. Even after the center emerged over the ocean west of the island Saturday evening, most of the circulation in the eastern semicircle was disrupted as it flowed around the volcanic peaks of nearly 14 thousand feet.”

A Flash Flood Watch remains in effect for Hawaii County as rain bands around Darby will continue to bring showers and thunderstorms through this afternoon.

A Brown Water Advisory has also been issued for Hawaii County due to heavy rains. “The public is advised to stay out of flood waters and storm water runoff due to possible contamination,” Hawaii County Civil Defense says. “If the water is brown, stay out.”

The Hele-On Bus has resumed its regularly scheduled service.

Solid waste transfer stations and landfills will also be open as normally scheduled.

Umauma Bridge on Highway 19 in Hamakua has reopened, as has Highway 11 at the 58-59 mile marker in Kaʻu.

Emergency shelters will close at 8 AM this morning.