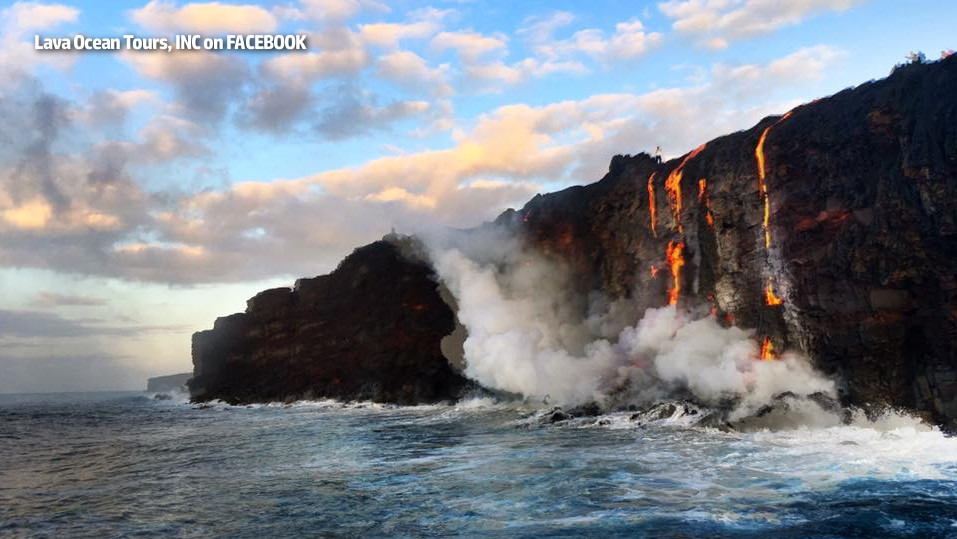 HAWAII VOLCANOES NATIONAL PARK (BIVN) - Pele returns to the Pacific Ocean, after suddenly crossing the emergency road on the coastal plain of Kilauea.

Shane Turpin of Lava Ocean Tours, Inc. was one of the first on the scene – by sea – to provide images of the new entry.

Yesterday, the lava crossed the coastal emergency road that connects the Chain of Craters Road in Hawaii Volcanoes National Park to Kalapana. From that point it was only a matter of hours before the lava reached the sea.

The USGS Hawaiian Volcano Observatory said the last time the lava met the ocean was in August 2013. The ocean entry stopped when the eruptive activity at Puʻu ʻŌʻō changed, sending flows to towards the east rather than the south. The new direction held for nearly three years – and included the infamous June 27 lava flow that threatened the village of Pahoa – before a new change in the lava flow redirected the activity back towards the coastal plain on Kīlauea’s south flank.