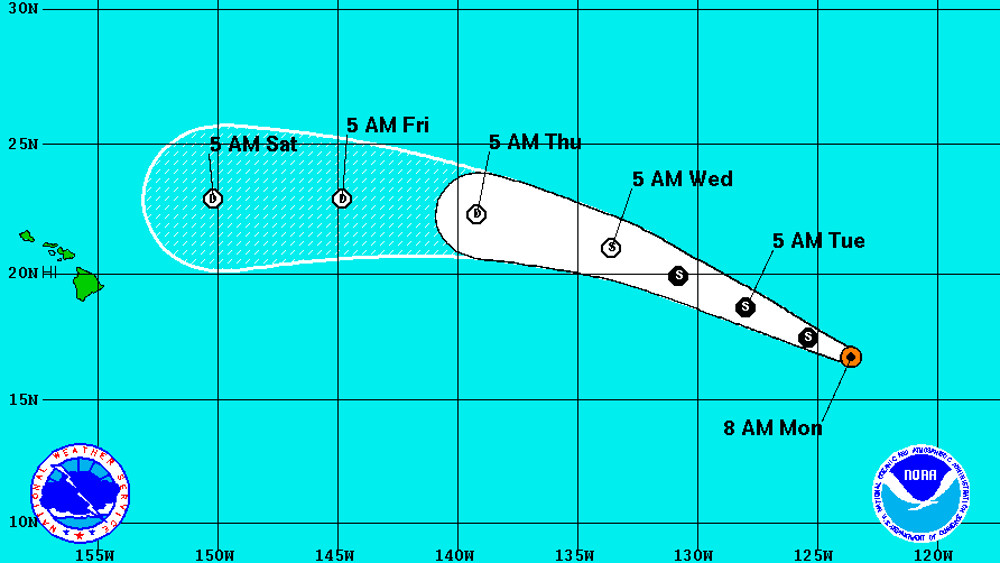 HAWAII (BIVN) - If the storm approaches Hawaii it will most likely be as a weakened tropical depression or remnant-low, weather forecasters predict.

HAWAII – Tropical Storm Howard is strengthening in the Eastern North Pacific as it heads west northwest at 10 mph, but forecasters predict it will weaken before it nears the Hawaiian islands.

Since Howard became a tropical depression on July 31, it was the eighth tropical cyclone in the basin in July, tying the record set in July of 1985.

Howard’s maximum sustained winds are estimated to have increased to near 50 mph with higher gusts, reports the National Hurricane Center. Some additional strengthening is forecast during the next 24 hours, forecasters say, but weakening should commence by Wednesday.

“By 36-48 hours,” reads the National Weather Service discussion posted at 5 a.m. HST, “Howard should reach much cooler waters and enter an increasingly drier and more stable environment, all of which should lead to weakening. This should result in a fast rate of weakening, and the system is forecast to become post-tropical in 48 hours.”

“Howard’s primary steering mechanism is the western extension of a subtropical ridge located over the south-central United States,” forecasters say, “which is imparting a mostly westerly course. However, a mid- to upper-level low west of the cyclone is allowing for a greater northerly component of motion. This general movement with some increase in forward speed is likely during the next 2 days, after which time a turn toward the west is likely. This should occur when Howard weakens and becomes a shallower cyclone in the trade-wind flow.”

There are no coastal watches or warnings in effect. 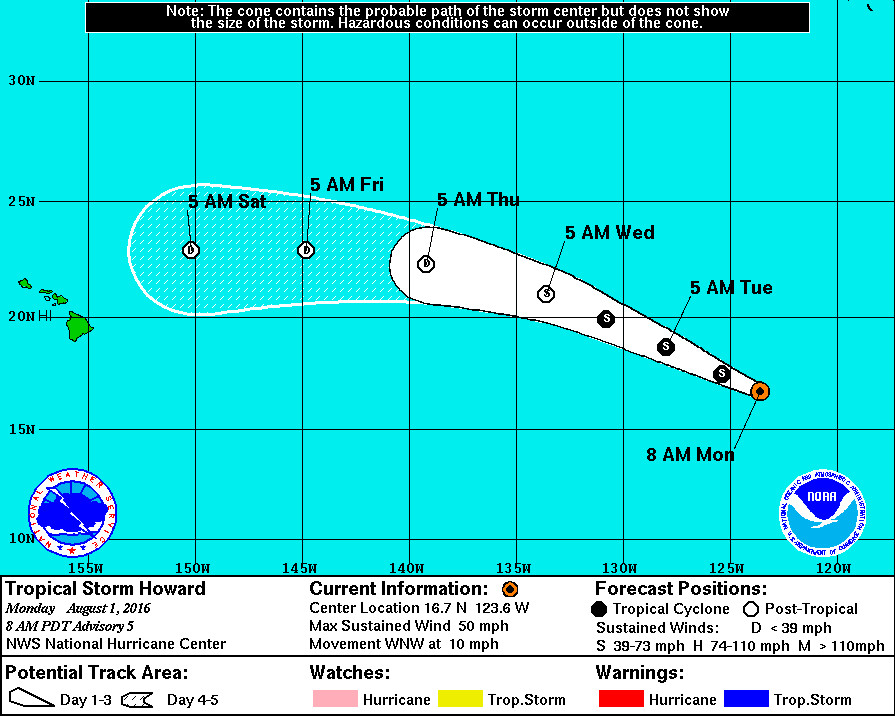