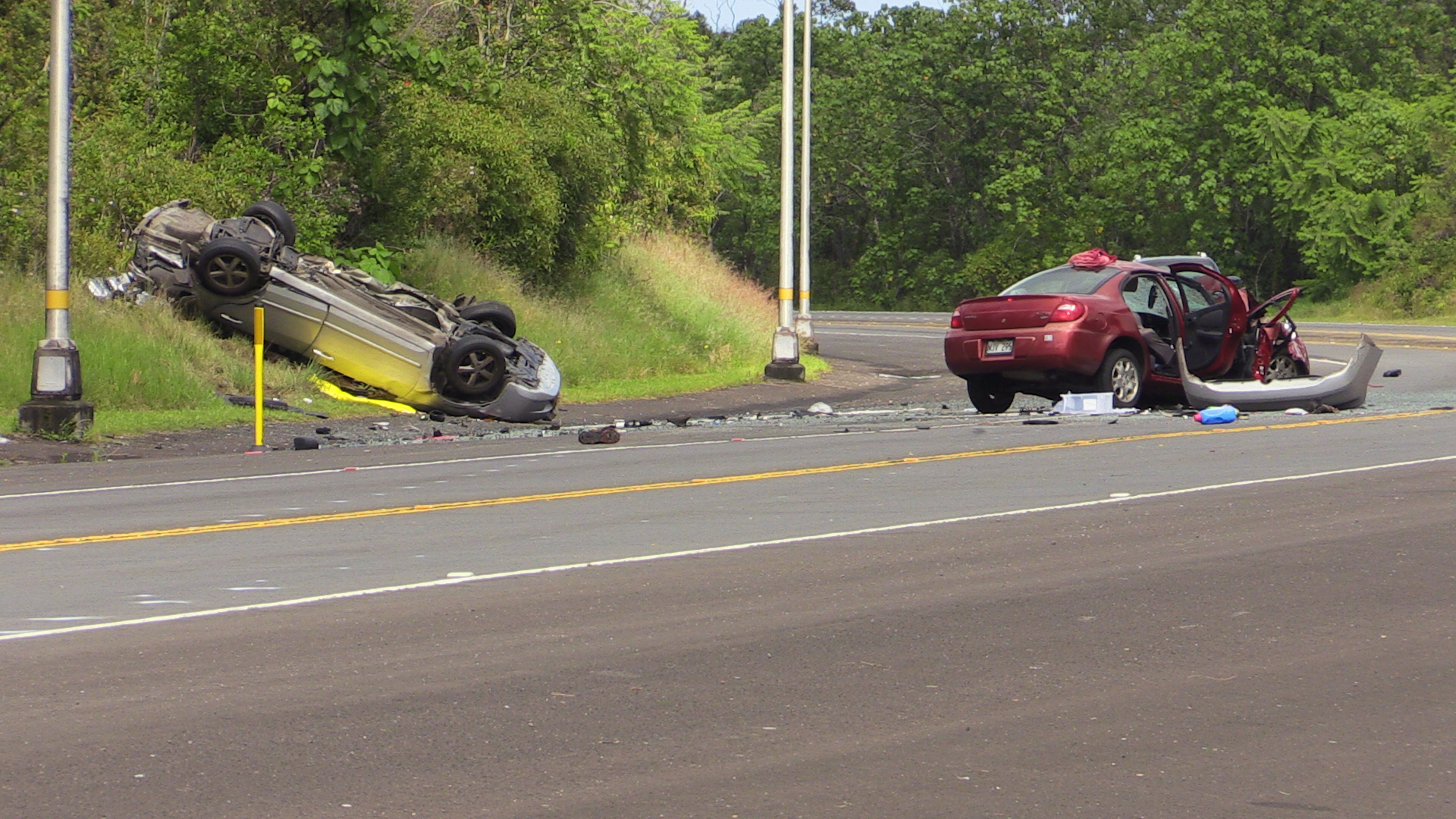 HILO (BIVN) - A stolen car led to a police pursuit and a fatal crash on the Mohouli Extension Thursday, leaving two dead and a third person in critical condition. 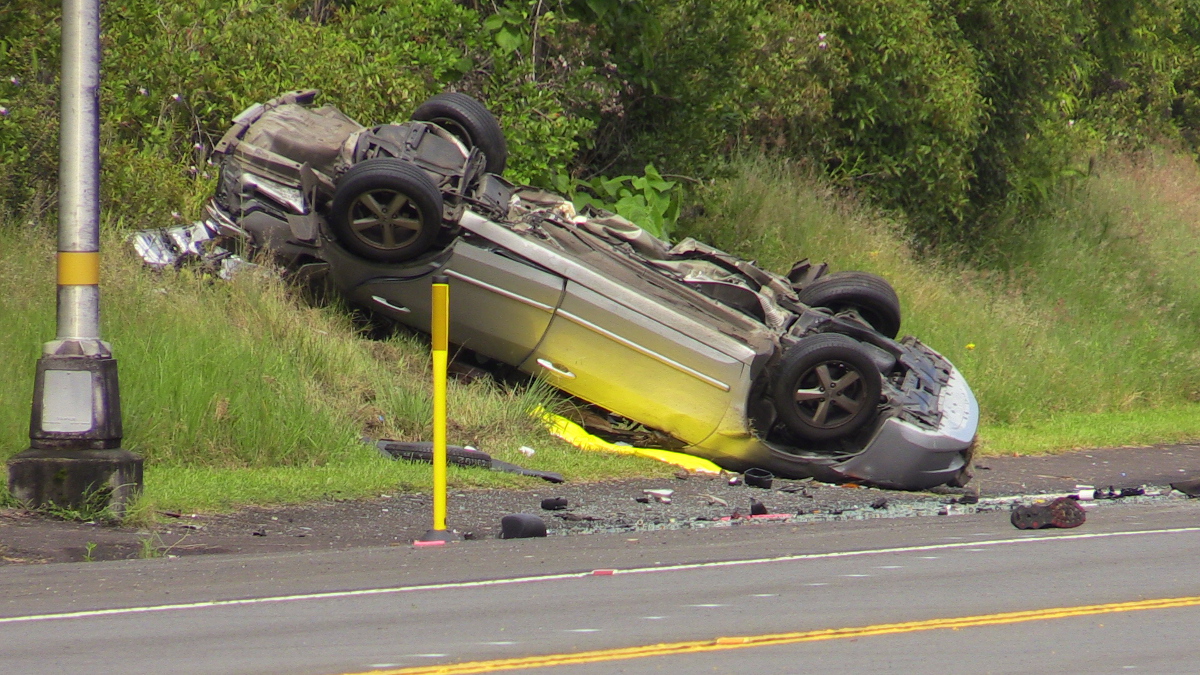 HILO, Hawaii – A man and a woman are dead after crashing a stolen car into a sedan in Hilo on Thursday, police say.

The two-car crash occurred on Thursday afternoon (August 4) on the Mohouli Extension near Kukuau Street.

Police say they received a 12:45 p.m. call reporting an auto theft and possible kidnapping. “The victim reported that his car had been stolen from Kekaulike Street in Downtown Hilo and that his friend had been asleep in the car before it was stolen,” police said in a later media release.

The officer “lost sight of (the stolen vehicle) momentarily and then encountered two crashed sedans,” police say. A witness told police that the stolen car “had crossed the center line, slid into the other sedan and then overturned.” 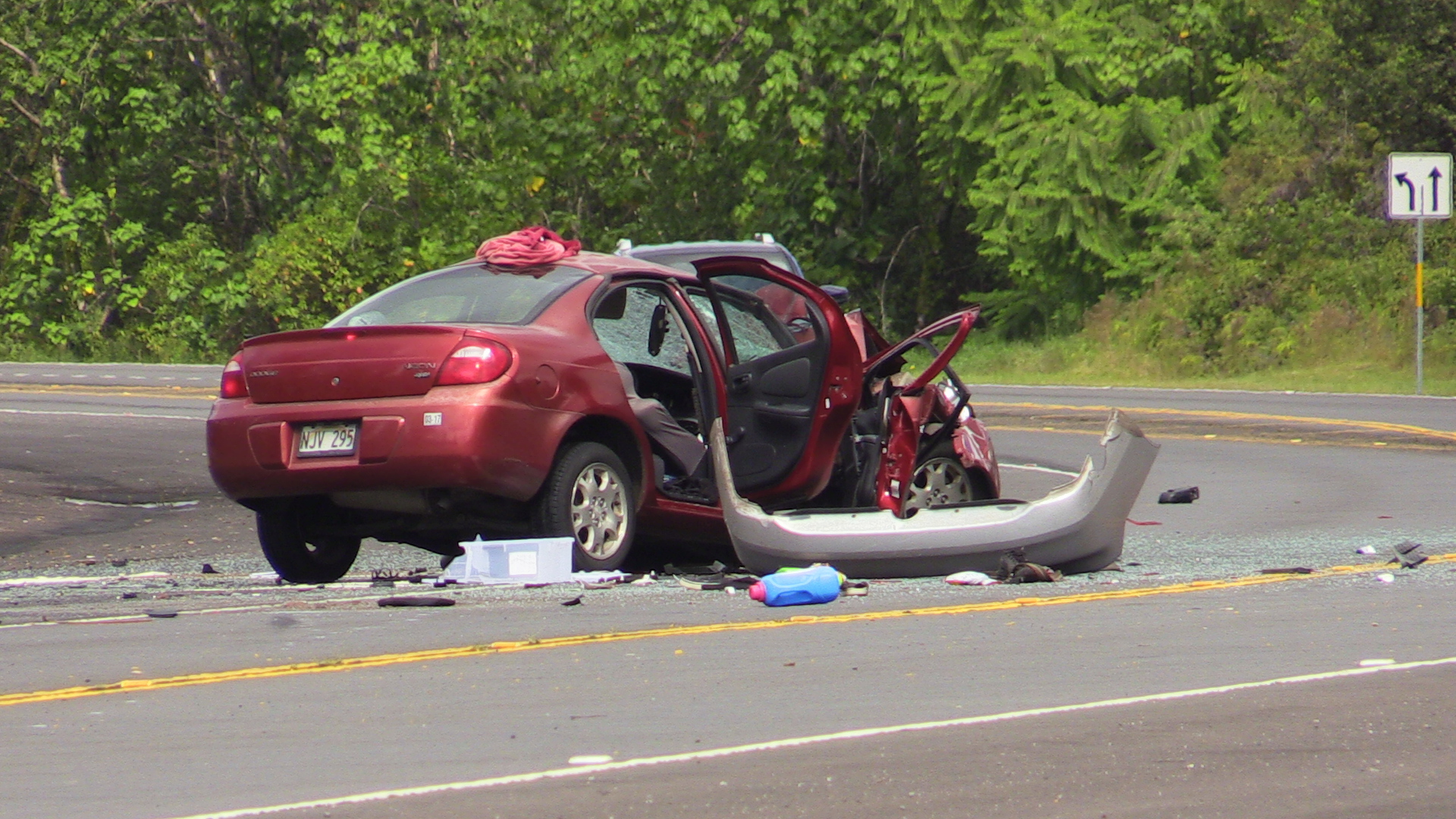 The sole occupant of the other car, a 39-year-old Keaʻau woman, was taken to Hilo Medical Center in critical condition, police say.

The man and a woman in the stolen car were both dead at the scene. Police say they have not yet been identified, and an autopsy has been ordered to determine the exact cause of death.

“Police later learned that the owner’s male friend, who had been sleeping in the stolen car, had managed to jump out immediately after the male driver entered and took control of the vehicle,” police stated in a media release.

Traffic on Mohouli Street between Kukuau and Komohana was closed for several hours on Thursday as the Area I Traffic Enforcement Unit investigated the crash.

The auto theft is being investigated by the Area I Criminal Investigations Section. An administrative review will also be conducted, as is standard policy in any police pursuit.

Police ask that anyone who witnessed the crash to call the Police Department’s non-emergency line at 935-3311 or contact Acting Lieutenant Grant Todd at 961-2385 or grant.todd@hawaiicounty.gov. 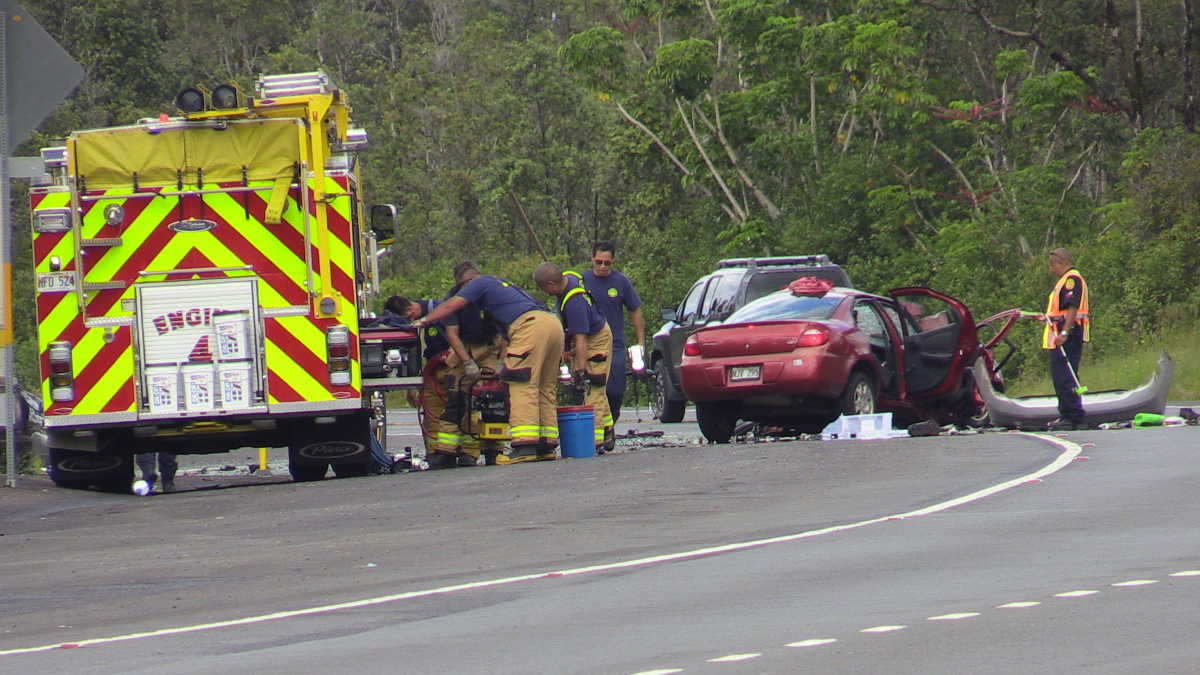