HAWAII VOLCANOES NATIONAL PARK (BIVN) - The active lobe on the western side of the flow field crossed the Emergency Access road and entered the ocean overnight. Tour guides captured video this morning.

HAWAII VOLCANOES NATIONAL PARK – Lava tour guides have captured video of a new point of entry at the Kamokuna ocean entry on the cliffs of Hawaii Volcanoes National Park.

Scientists with the USGS Hawaiian Volcano Observatory say an active lobe on the western side of the 61g flow field crossed the Emergency Access road at a location about 1,640 feet west of the main flow and entered the ocean overnight.

The existing Kamokuna lava ocean entry lava stretched between 490 to 820 feet over the past week, extending from an ongoing eruption miles a way on the flank of Puʻu ʻŌʻō on Kīlauea volcano. Now that the flow is entering at a new location, the total area of the ocean entry – from west to east – is close to half a mile long, with gaps in between.

The new activity is “probably the very most awesome thing I have ever seen happen at the Cliffs”, wrote John Tarson of Epic Lava Tours, as he shared video of the activity on Facebook. 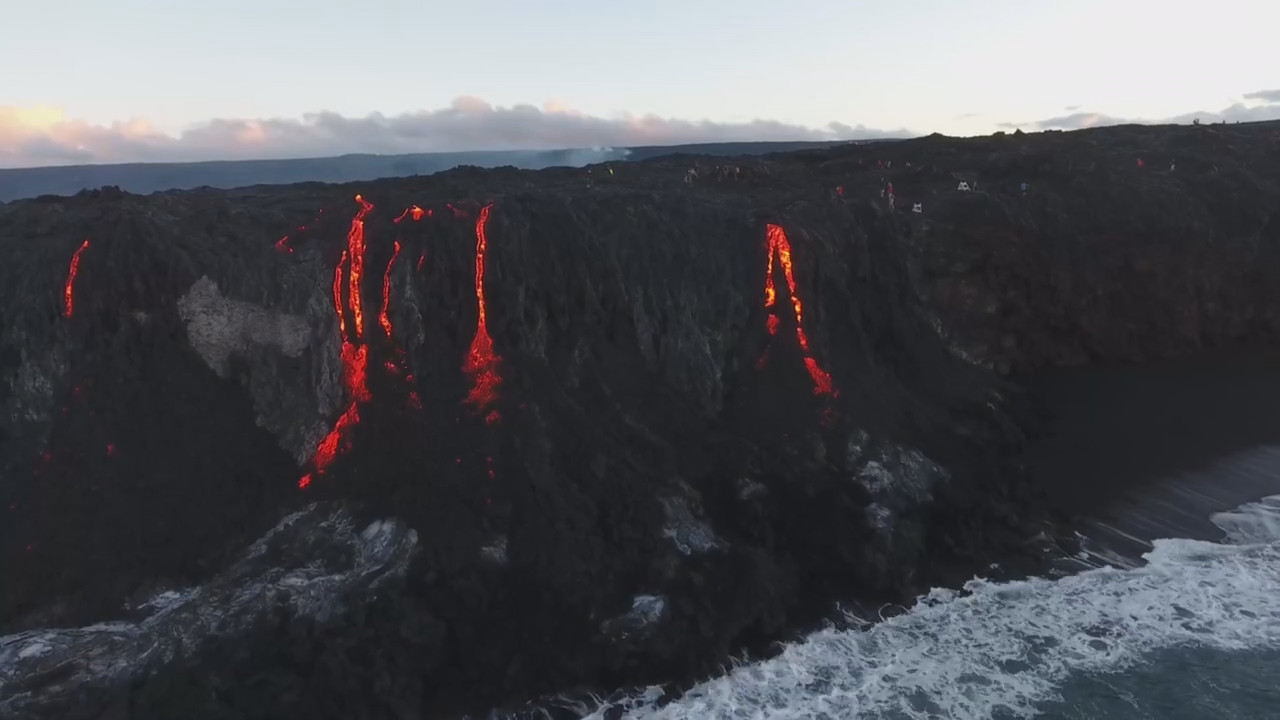 Meanwhile, the USGS continues to warn visitors to the lava flow of the inherent dangers by an ocean entry.

“There are additional significant hazards besides walking on uneven surfaces and around unstable, extremely steep sea cliffs,” USGS repeated. “Venturing too close to an ocean entry exposes you to flying debris created by the explosive interaction between lava and water. Also, the new land created is unstable because it is built on unconsolidated lava fragments and sand. This loose material can easily be eroded away by surf causing the new land to become unsupported and slide into the sea. Finally, the interaction of lava with the ocean creates an acidic plume laden with fine volcanic particles that can irritate the skin, eyes, and lungs.”