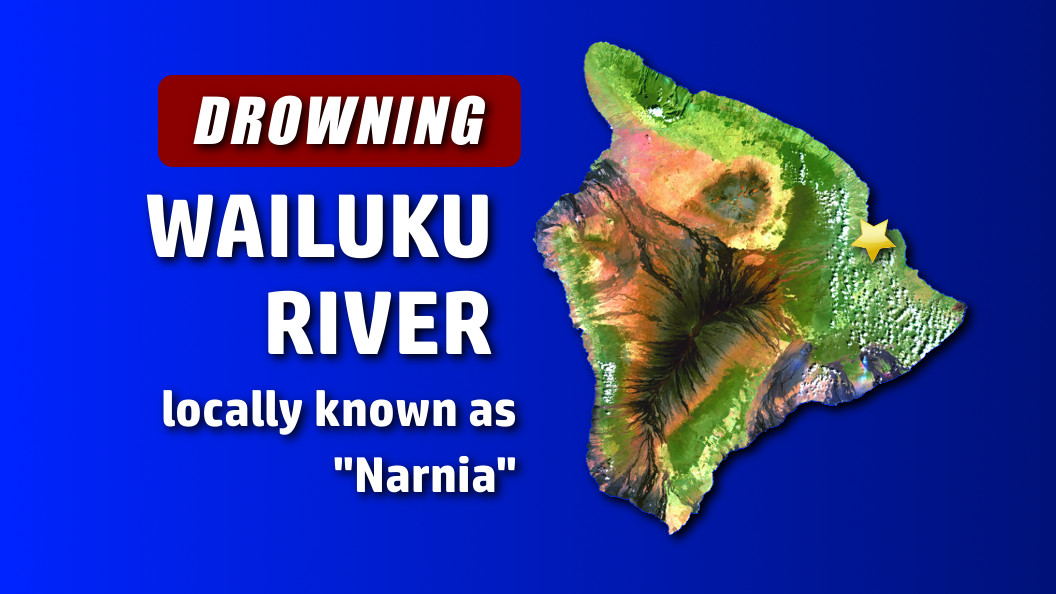 Police have ordered an autopsy to determine the exact cause of death. The case is classified as a coroner’s inquest.

Just before 4 p.m., first responders arrived at an area known locally as “Narnia”, where they found three people on the river bank who told them a family member jumped into the water and had difficulty swimming.

The family said they jumped in to save him, but were unsuccessful with holding onto him.

A Hawaii County Fire Department says a team member used a chainsaw to cut a path through fallen trees for easier access to the river, and Chopper 1 provided aerial support.

Two Fire Rescue Specialists conducted a free dive search and found the victim in approximately 30 feet of water on the river bottom.