HILO (BIVN) - With 50.4% percent of the vote on the third print-out, it appears Kim will be returning to his old job: Hawaii County Mayor. 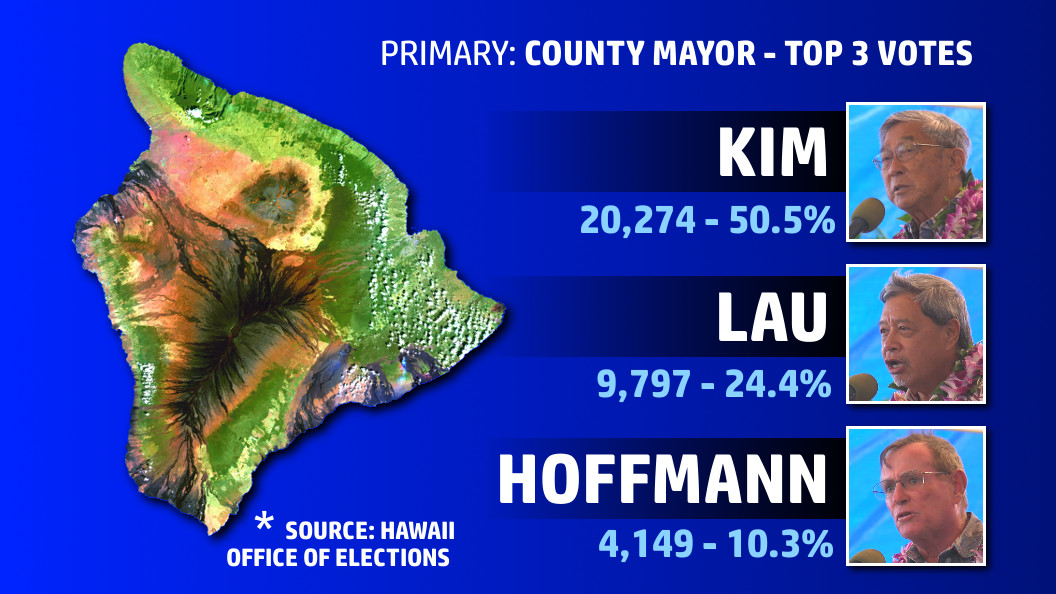 HILO, Hawaii – Harry Kim supporters jumped out of their seats with excitement and happiness on Saturday night, after the third election result print-out revealed their candidate for Hawaii County Mayor had surpassed the 50% threshold needed to win outright in the primary.

With 13 candidates in the race, a run-off election between the two top vote-getters seemed likely. But with 18,869 votes, or 50.4% percent (with 42 of 43 precincts reporting) it appears Kim will be returning to the executive seat he held for 8 years until he termed out in 2008.