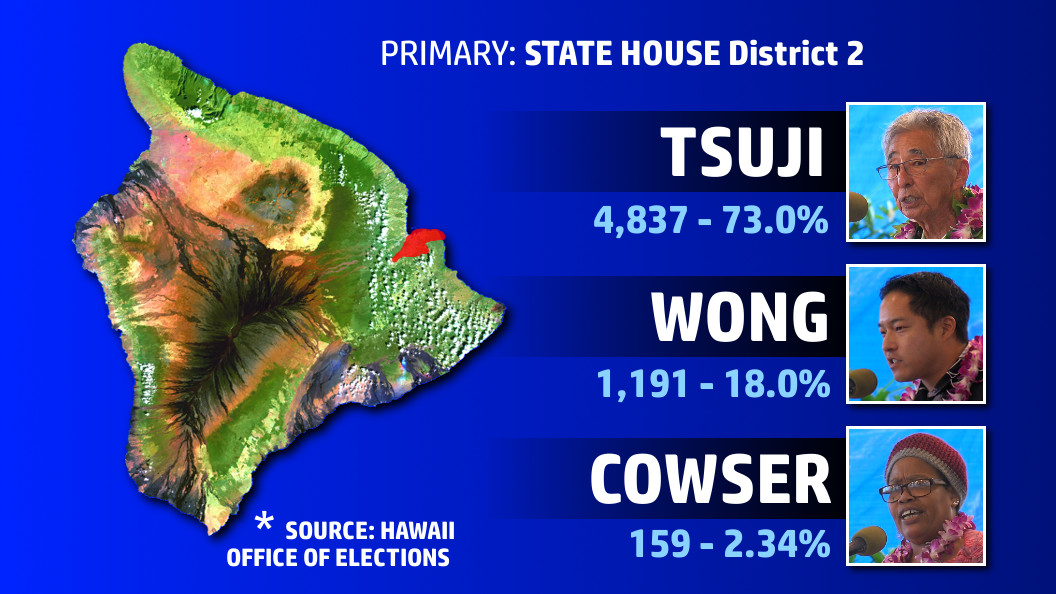 HILO, Hawaii – Representative Clift Tsuji will go back to the State House for another term.