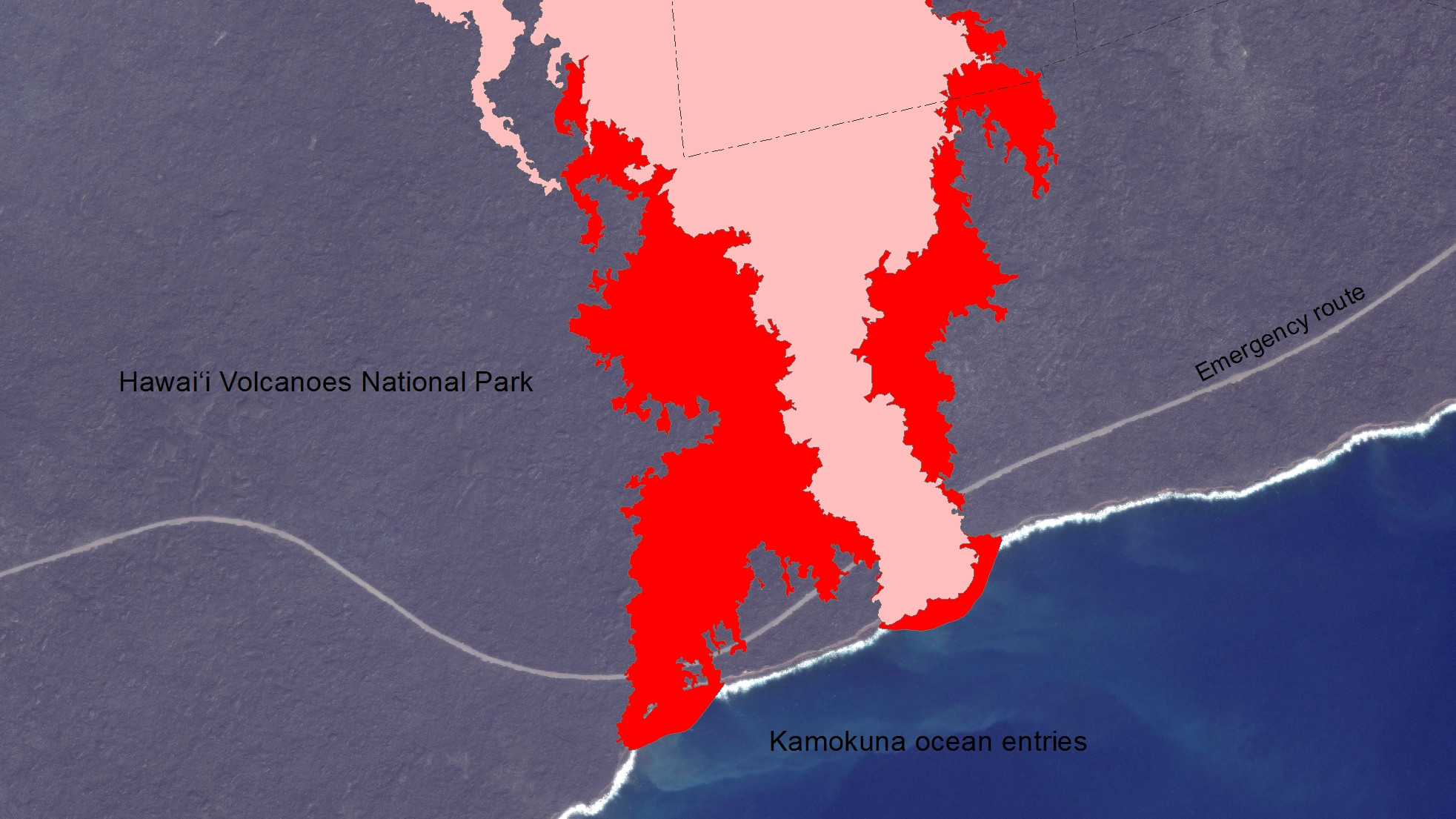 HAWAII VOLCANOES NATIONAL PARK (BIVN) - Scientists with the USGS Hawaiian Volcano Observatory have mapped the very front of the 61g flow, where the lava meets the Pacific Ocean.

HAWAII VOLCANOES NATIONAL PARK – Scientists with the USGS Hawaiian Volcano Observatory have mapped the very front of the 61g flow, where the lava meets the Pacific Ocean.

The area, referred to as the Kamokuna ocean entries, continues to be active as lava drops off the cliff and into the sea at multiple locations.

The USGS issued a new map of the coastal flow field on August 12. 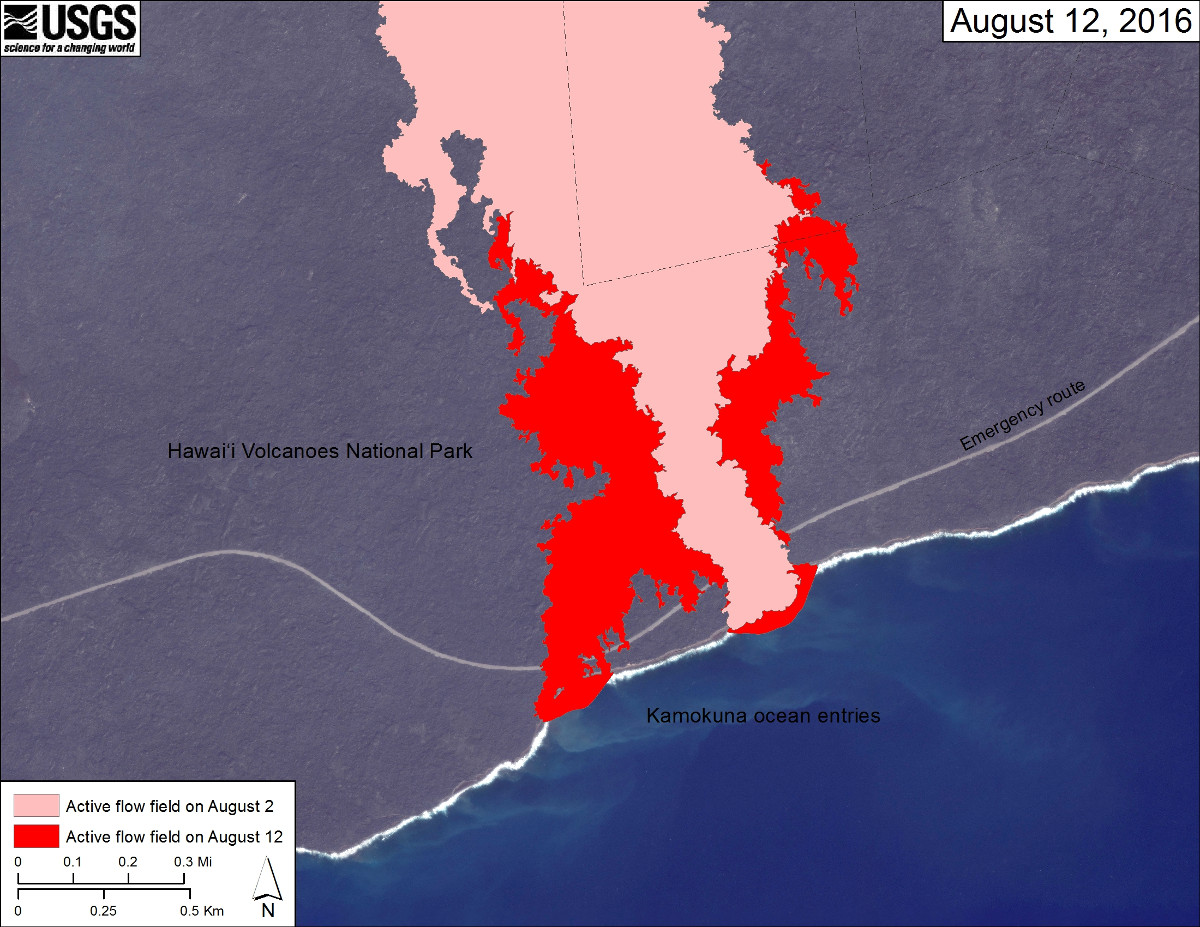 A platform of new land known as a lava delta is being built where the lava enters the sea. 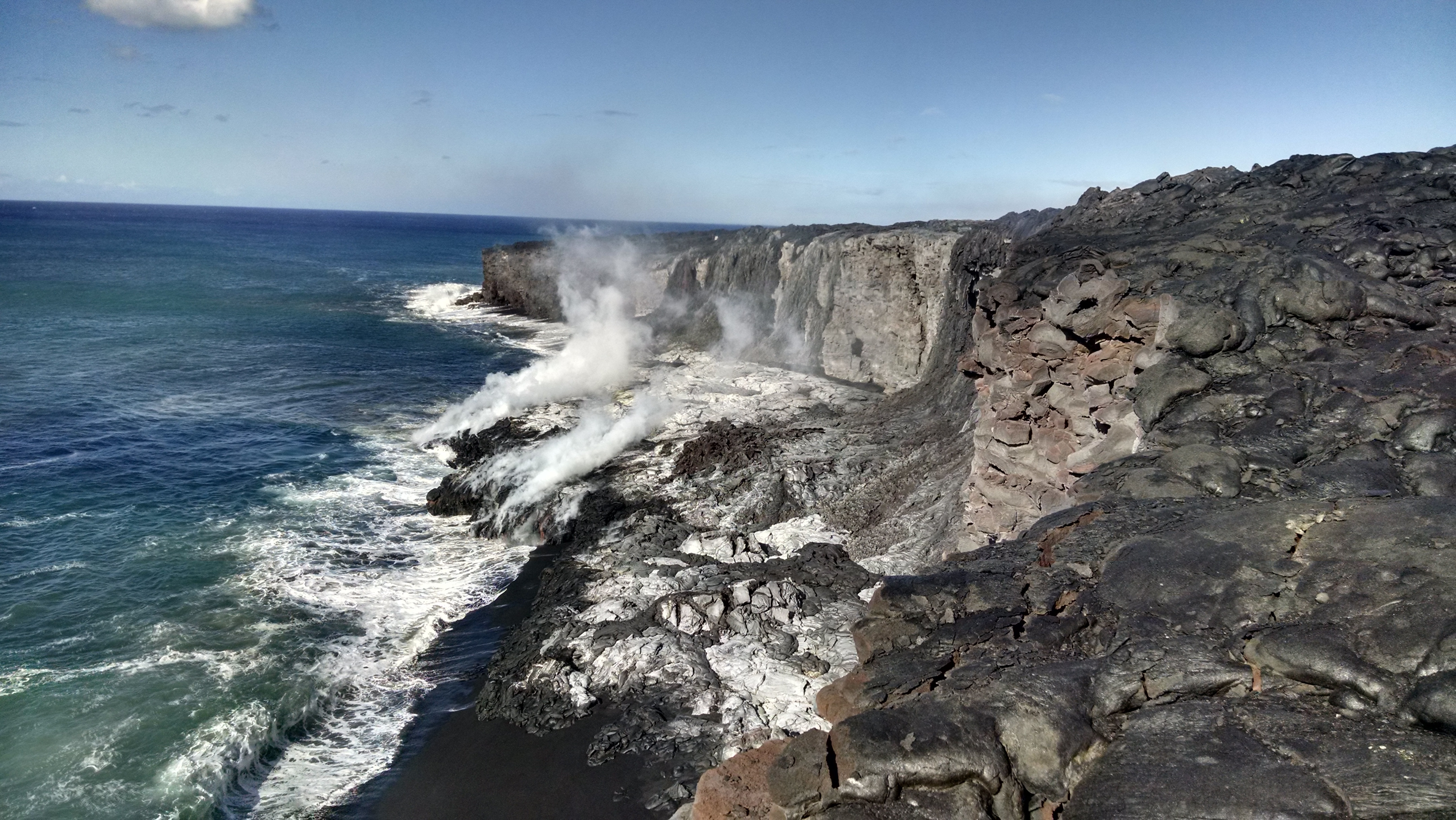 (USGS photo) A delta forms on the western side of flow “61g”.

The lava appears deceptively stable, however scientists warn of the perils.

… the veneer of lava on the delta surface hides a foundation of loose rubble. As a result, lava deltas are extremely unstable, and they can—and do—collapse without warning. The white plume produced when lava enters the sea is a corrosive mixture of superheated steam, hydrochloric acid, and tiny particles of volcanic glass, and should be avoided.

There was already a small delta collapse that occurred Tuesday afternoon. The collapse darkened the ocean entry plume for a short time, USGS reports. 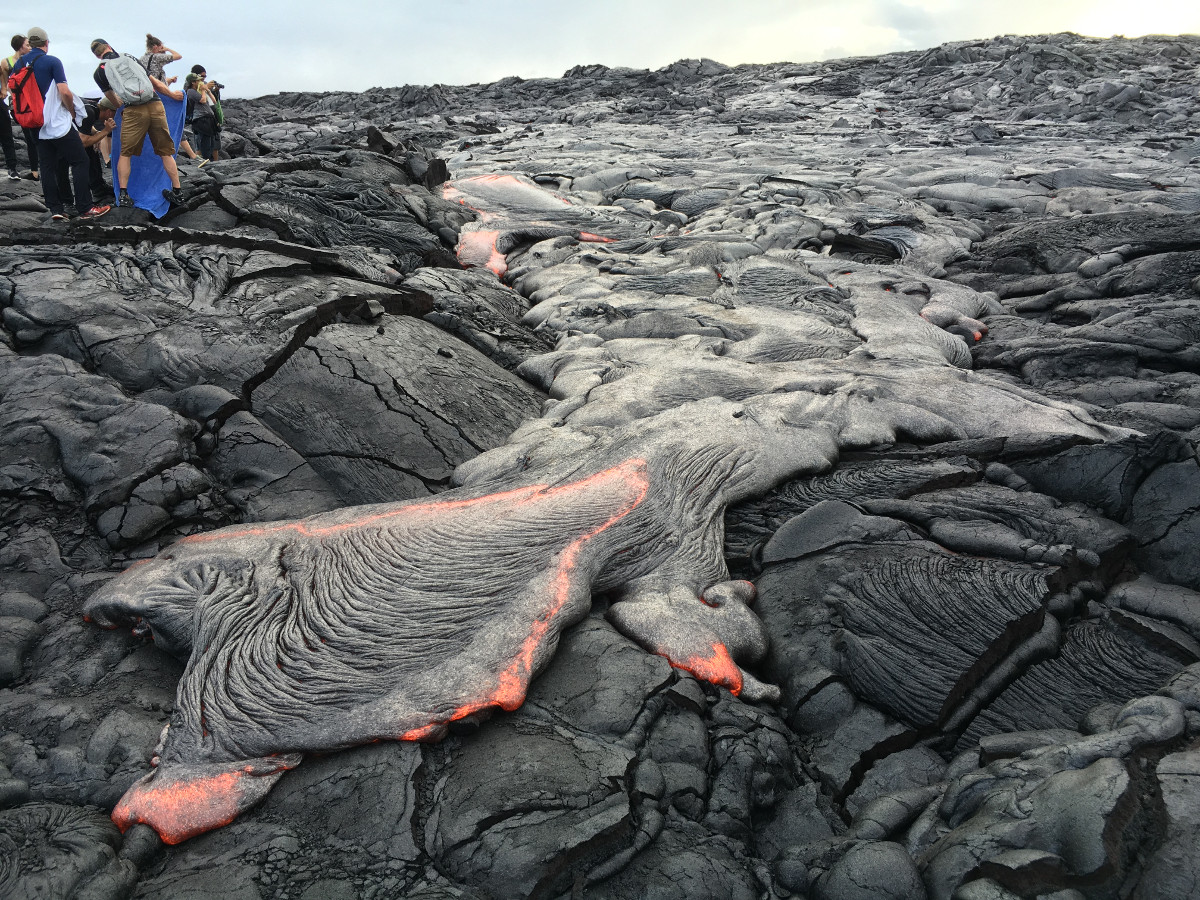 (USGS photo) On Friday evening, breakouts from the east side of lava flow “61g” provided good viewing for visitors who walked in from the Kalapana viewing area.