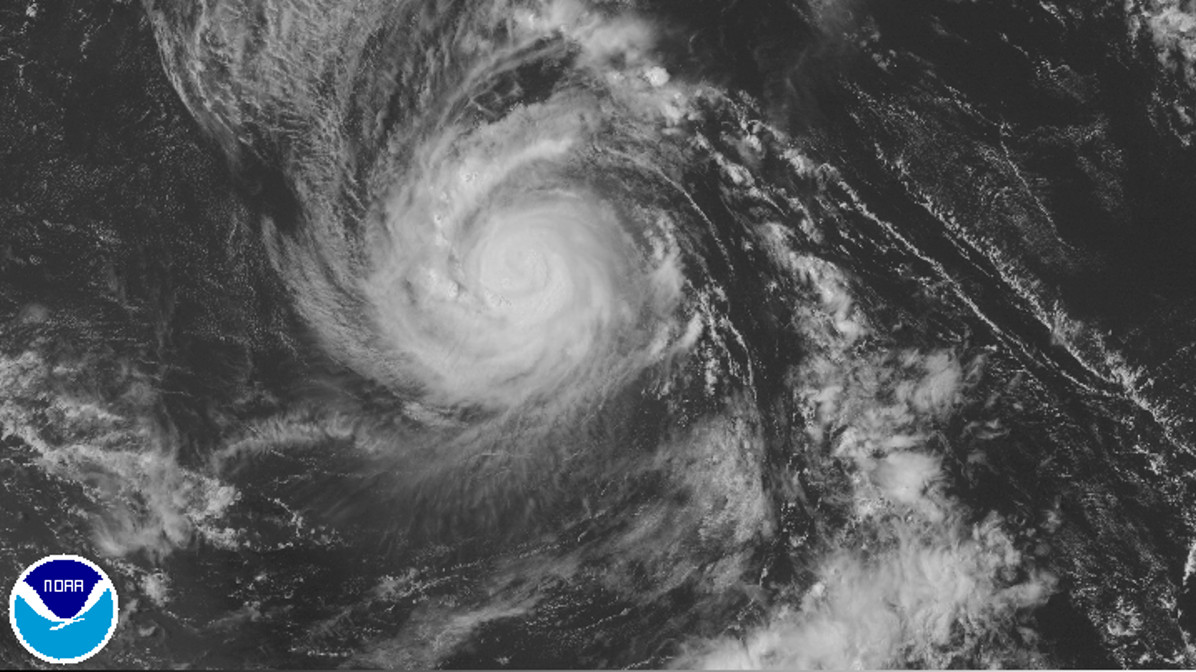 HAWAII ISLAND (BIVN) - Tropical Storm Madeline is expected to strengthen a bit through Monday - possibly becoming a hurricane - before beginning to weaken Monday night or Tuesday. 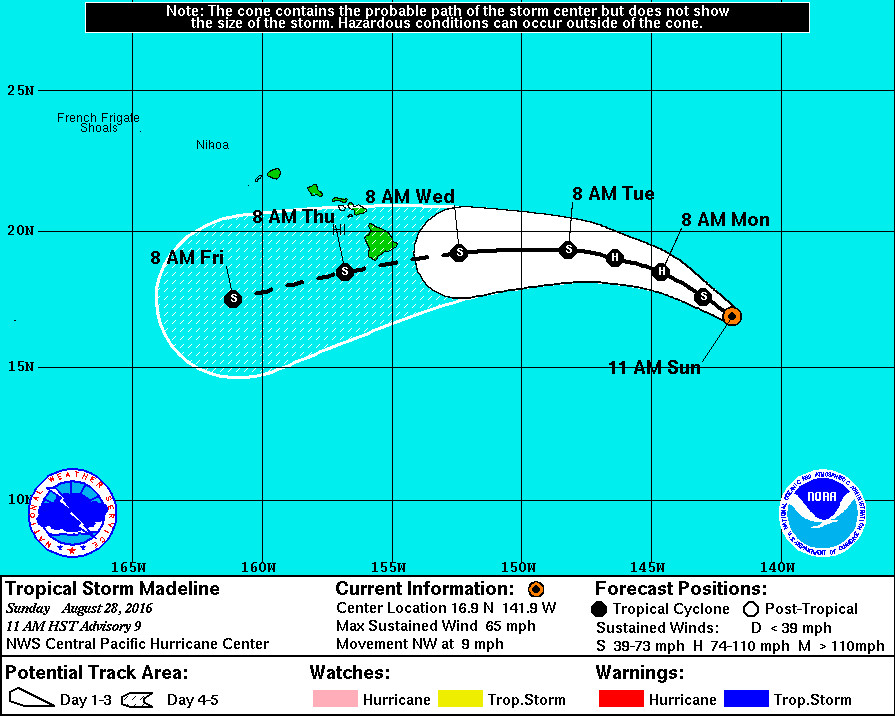 Tropical Storm Madeline is currently 885 miles east of Hilo, sustaining winds near 65 mph with higher gusts. Madeline is expected to strengthen a bit through Monday – possibly becoming a hurricane – before beginning to weaken Monday night or Tuesday.

Confidence in the track forecast continues to be low around day 3, “so it is too early to determine what impacts Madeline could have on the Hawaiian Islands late in the forecast period,” forecasters say. Nonetheless, Hawaii County emergency officials are beginning to raise awareness with radio messages.

“The public is advised to be storm ready,” Sunday’s civil defense message states. “Tropical storm readiness tips and information are available on the Civil Defense message page at hawaiicounty.gov. Monitor your local broadcasts for up-to-date information and plan early for possible impacts from all hazards that pose a threat to homes, businesses and to your community.”

Earlier this morning, a National Weather Service analysis of Madeline showed the storm may have been weaker than analyzed over the past 24 hours. The forecast track even reflected the belief that Madeline would not achieve hurricane intensity. However, the cloud pattern around Madeline “has become better organized over the past several hours with colder cloud tops seen near the system’s center,” and the intensity of the storm was raised in the 11 a.m. update.

Model guidance indicates that there is a small window for continued intensification during the next 24 to 36 hours as vertical wind shear remains low and warm sea surface temperatures lie along its path. Beyond 36 hours, guidance indicates that west to southwest vertical wind shear will increase. The latest intensity forecast follows closely with the previous forecast though it does bring Madeline up to hurricane strength during the 24 to 36 hour time frame before a slow weakening trend begins. This follows closely with most of the reliable guidance.

Weather forecasters – and civil defense – are keeping a close eye on another weather system following behind Madeline. Hurricane Lester is moving toward the Central Pacific and emergency officials say the storm may affect the state over the upcoming holiday weekend.

Lester appeared to confuse forecasters by its failure to significantly strengthen over the course of the last 24 hours. “There are no obvious reasons why Lester should continue to weaken,” the National Hurricane Center reported this morning. “The environment, at least for the next few days, does not appear to be detrimental for Lester to intensify, other than perhaps a small decrease in the SSTs.”

There seems to be more confidence in the predicted path of Lester compared to Madeline, however.

The hurricane is embedded within a deep layer of easterly flow on the south side of a persistent subtropical ridge across the Pacific. Given the well established steering flow, the track guidance continues to be tightly packed, and this increases the confidence in the future motion of the hurricane. 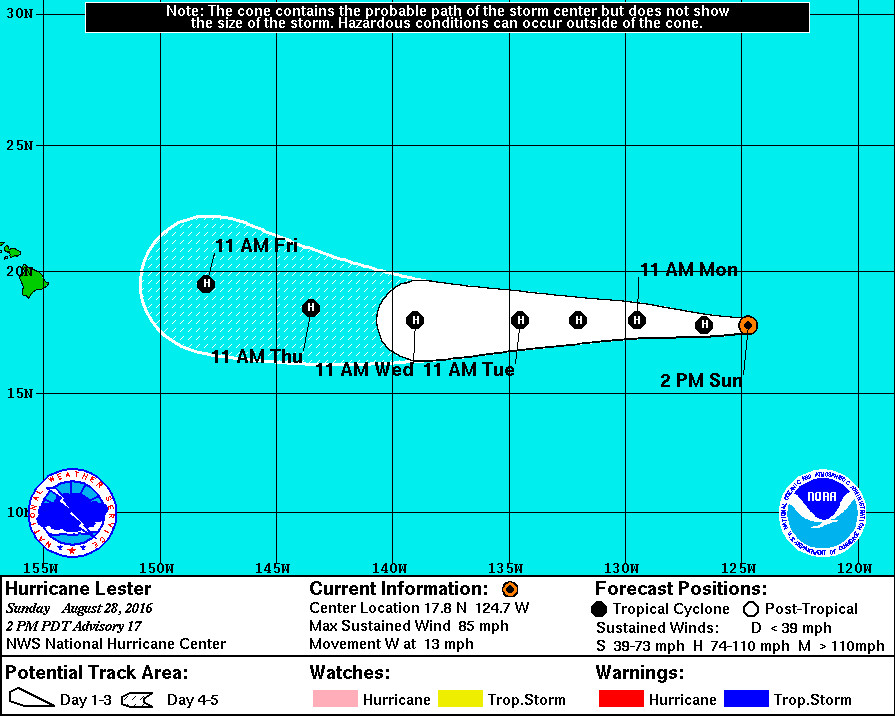