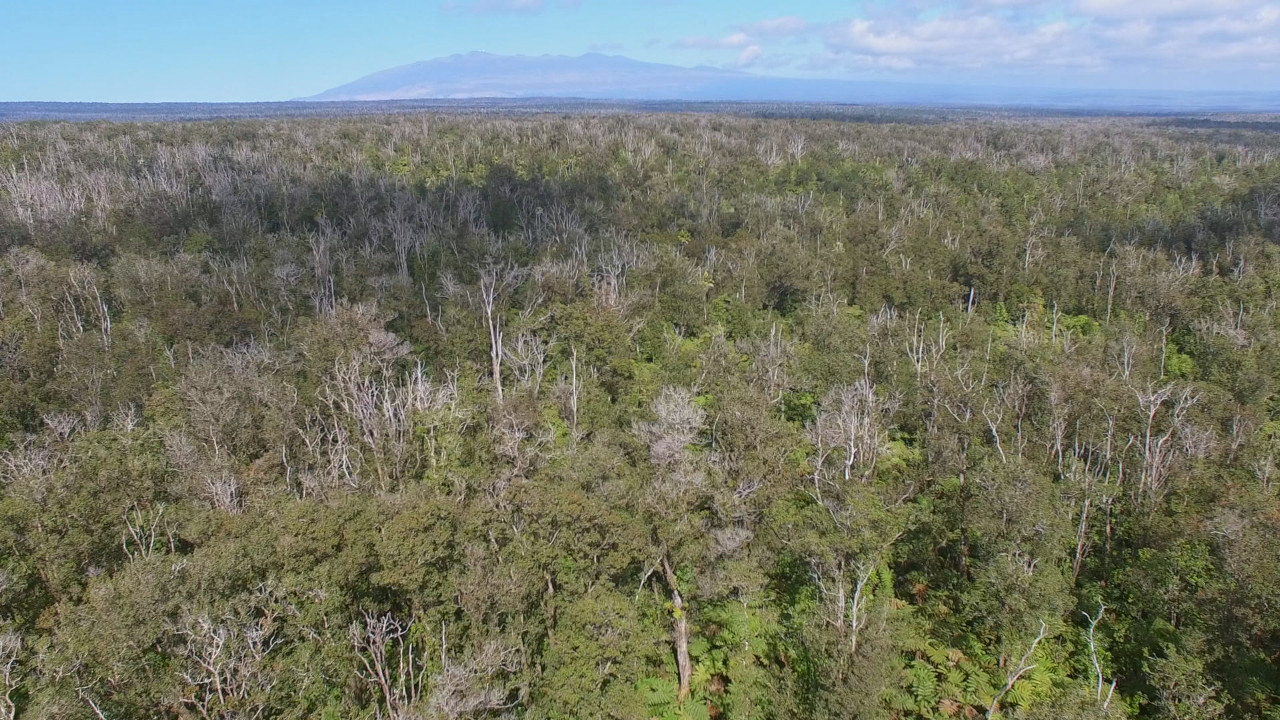 HAWAII ISLAND – Nearly half a million dollars in federal funds will go to fight the tree-killing fungus that causes Rapid ‘Ōhiʻa Death (ROD) on Hawaii Island.

The U.S. Department of the Interior announced today $497,000 in additional funds, which will immediately activates an Early Detection Rapid Response Team – or EDRR Team. The funding leverages another $673,000 of in-kind Federal contributions “to suppress or contain a disease that potentially could have enormous biological, economic, social and cultural repercussions for the Aloha State,” officials say.

“This is an ecological emergency, and it requires everyone working together to save Hawai‘i Island’s native forests,” said Sen. Schatz. “I’m pleased to see our federal partners step up to help. The additional funding will make a big difference, and it will give us the tools to understand the disease, develop better management responses, and protect our ‘Ōhiʻa.”

The EDRR Team is comprised of Federal and state agencies “and a consortium of scientists will immediately begin to conduct field surveys for the disease, support critical research to pioneer adaptive treatment protocols and complete assessments of those treatments.”

“Rapid ‘Ōhiʻa Death is a biosecurity issue that warrants urgent action. It threatens to leave Hawai‘i’s forests, ecosystems, watersheds and commerce in a vulnerable state. Agencies must work together to generate the science needed to support decisive decisions,” said U.S. Department of the Interior Principal Deputy Assistant Secretary Kristen J. Sarri. “Our funding will enable this to happen. An Early Detection and Rapid Response Team will identify and rapidly respond to diseased trees while pioneering effective treatment options that will preserve the cultural significance of the ‘Ōhiʻa for Native Hawaiians and enable the species to continue to provide countless ecological benefits to the State for generations to come. What we learn from this interagency approach will be applicable to addressing other invasive species of priority concern, in Hawai’i and across the United States.”

The joint media release gave an overview of the disease that has been killing tens of thousands of acres of native ‘Ōhiʻa.

The fungal disease is attacking and killing the ‘Ōhiʻa lehua, a tree species sacred to Native Hawaiians that covers nearly one million acres in the Hawaiian archipelago. It is a keystone species for 60% of Hawai‘i’s forests and is integral to keeping the State’s delicate ecosystem in balance. The fungus causing ROD, first identified in 2014, already claimed 38,000 acres of trees on Hawai‘i Island where nearly two-thirds of the tree species lives. Scientists and resource managers worry that ROD will continue to ravage Hawai‘i Island’s forests and spread to other islands. This could potentially decimate habitat for many rare, threatened and endangered species, as well as jeopardize water resources and native cultural practices unless immediate interventions are implemented, including strengthening early detection and rapid response actions.

The disease was first confirmed by researchers at the U.S. Department of Agriculture’s U.S. Forest Service (USFS) and Agricultural Research Service (ARS) and the University of Hawai‘i (UH). The State of Hawai‘i responded quickly by implementing an emergency ban on the movement of ‘Ōhiʻa plant parts and soil interisland and intrastate, and requesting further assistance. Immediately, numerous agencies and organizations at the local, state and federal levels, including USFS, ARS, UH and Interior’s U.S. Geological Survey, the National Park Service and U.S. Fish and Wildlife Service formed a working group to improve detection, understand the spread and develop mitigation measures for ROD.”

The funding comes on the eve of the World Conservation Congress that is convening this week in Honolulu.

“We’re extremely appreciative to Senator Schatz, and the Departments of Interior and Agriculture for recognizing that this disease presents an enormous biosecurity risk to Hawaii’i,” said Dept. of Land and Natural Resources Chair Suzanne Case. “The IUCN World Conservation Congress begins in two days. The timing of this funding shows that at all levels of government there is a real sense of urgency for developing treatment protocols to stop the spread of the fungus.”