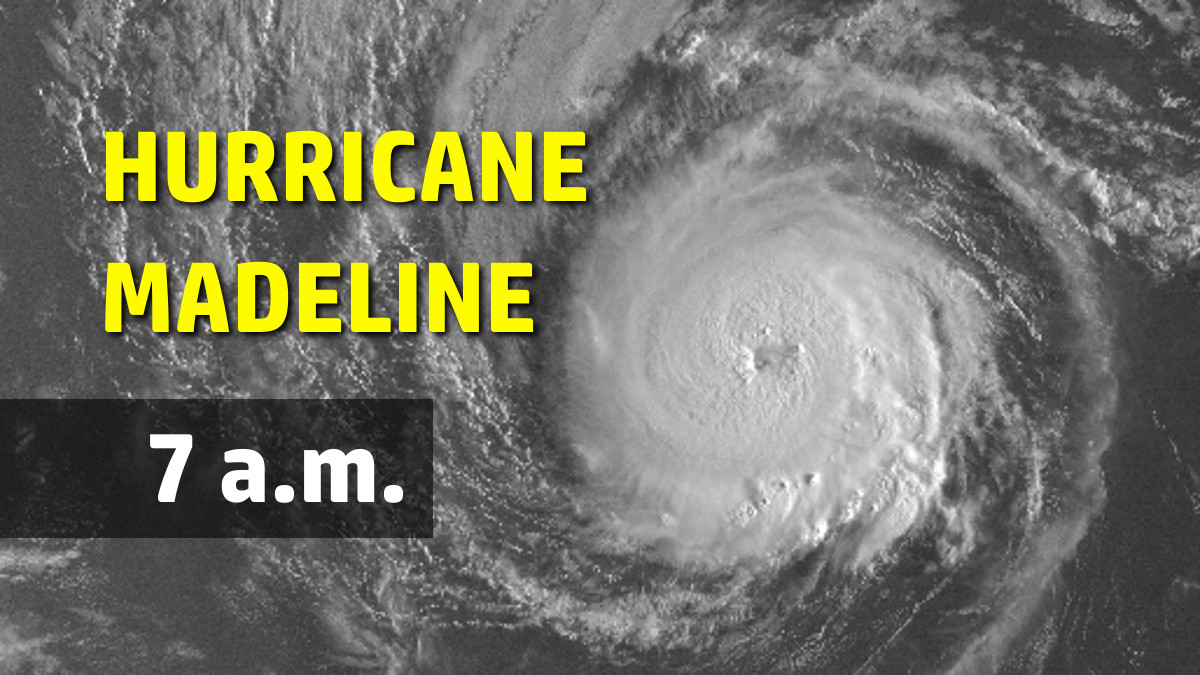 HAWAII ISLAND (BIVN) - There are no coastal watches or warnings in effect for the Big Island, although the National Weather Service says interests in the Hawaiian Islands should monitor the progress of Madeline. 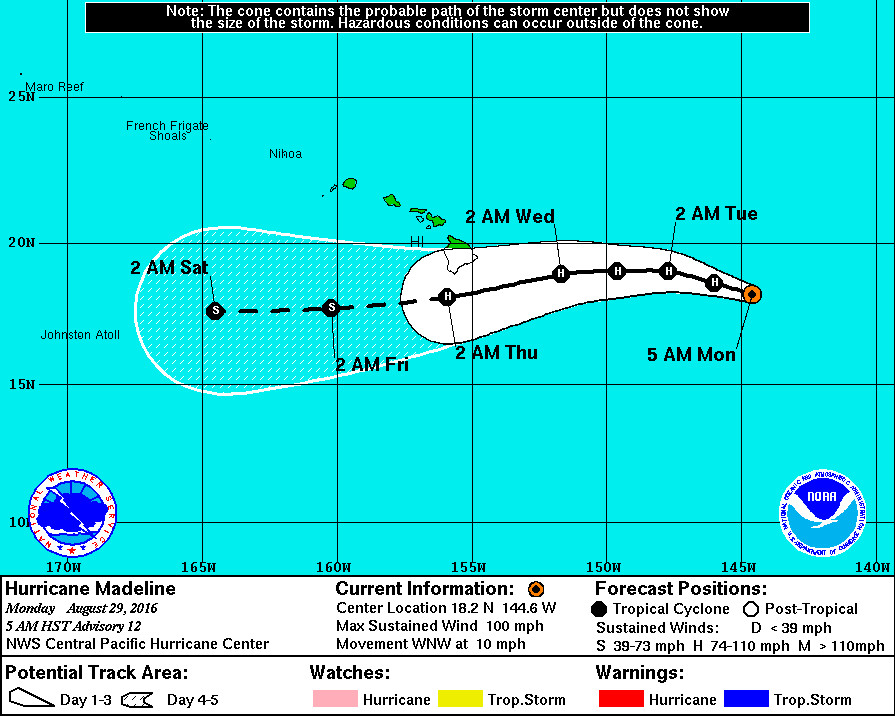 HAWAII ISLAND – Hurricane Madeline, now 695 miles east of Hilo, continues to strengthen as it moves in the direction of Hawaii Island. Farther out in the Pacific, major Hurricane Lester has gotten stronger as well, as it follows behind Madeline.

There are no coastal watches or warnings in effect for the Big Island, although the National Weather Service says interests in the Hawaiian Islands should monitor the progress of Madeline. 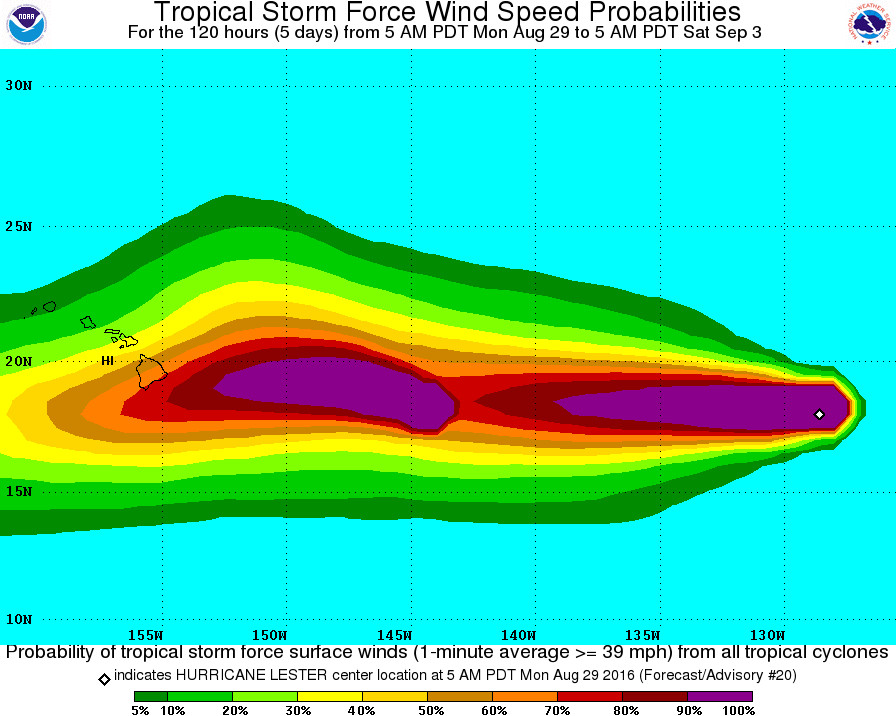 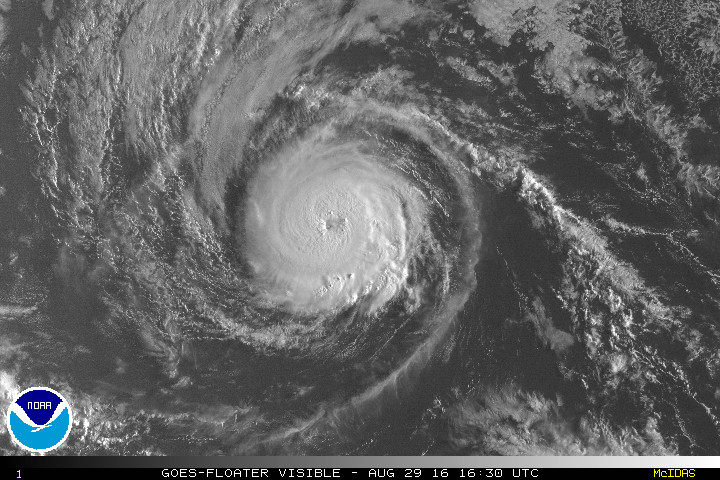 Meanwhile, 1,690 miles east of Hilo, Hurricane Lester has become “quite impressive” this morning, as forecasters say the major hurricane’s eye “continues to warm and and the inner core cloud top temperatures have cooled considerably.” Maximum sustained winds have increased to near 125 mph with higher gusts. Lester is a category 3 hurricane on the Saffir-Simpson Hurricane Wind Scale. 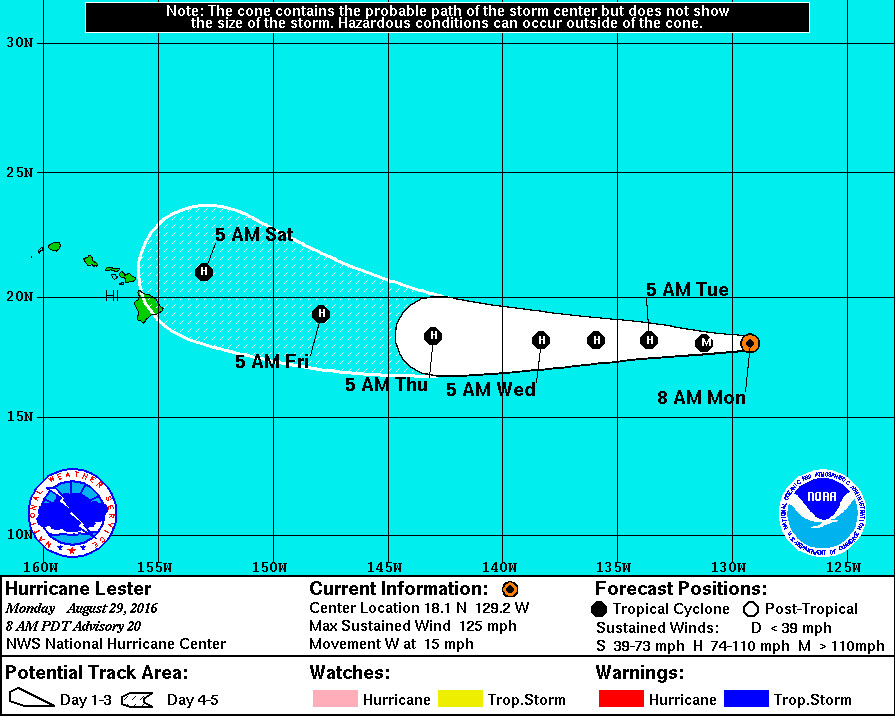 Lester should remain in a low-shear environment for the next several days, with only some gradual decrease in the oceanic water temperature. The majority of the intensity guidance indicate that the hurricane will peak within the next 12 hours or so, then gradual decrease. It appears that the atmospheric environment and the sea surface temperatures match similar criteria for an annular hurricane manifestation. If Lester acquires annular hurricane characteristics, the cyclone could remain stronger longer than reflected in the official forecast and what the intensity guidance suggests. The NHC forecast is adjusted a bit higher in the short term, then shows gradual weakening and falls in line with the IVCN multi-model consensus.

It looks like Lester may be inclined to turn northwest just as it gets close to the Big Island next weekend, as “the large-scale models indicate some interaction with Madeline to the southwest of Lester which induces a gradual turn toward the west-northwest through day 5,” forecasters say.