HILO (BIVN) - The document illustrates the appearance of the "in-vessel compost heaps", where active composting will be performed within an covered, positive aeration system.

HILO, Hawaii – The draft environmental assessment for a planned East Hawaii Organics Facility has been published.

The facility will be located next to the South Hilo Sanitary Landfil on vacant land formerly used as quarries. It will be designed, constructed, and operated by a private contractor under contract with the County of Hawaii.

“Mulch and compost will be hauled by the contractor to various locations island-wide for sale, and a minimum volume of mulch will be made available for free to residents of Hawai‘i County,” the Draft EA states.

The total area of the Project Site is 80 acres, the document says.

The purpose and need for the Project is to divert organics from disposal in the County landfills. Organics comprise 54% of the waste stream. Besides extending the life of the landfills, the compost and mulch are soil amendment assets to support agriculture. Designed, constructed, and operated by a private contractor under contract with the County, this County facility will feature an in-vessel (covered) compost operation that will allow for acceptance of organic materials such as food, paper, and compostable plastics. In-vessel composting will minimize the environmental impacts regarding odor, pests, dust and it will decrease the time required to make compost. Greenwaste and untreated wood pallets will be ground and chipped into mulch before mixing with the other organics. A portion of the mulch will be treated for invasive species (e.g., little fire ants) and made available for distribution to the public. All receiving, temporary storage and pre-processing of incoming food waste, food soiled paper fiber, and green waste comingled with food waste/food soiled paper fiber, will be completed indoors in a state of the art receiving (tipping) building. Leachate generated from the tipping building and active composting heaps will be collected in a storage tank and recycled for feedstock moisture adjustment. Stormwater will flow into surface swales towards a stormwater retention pond. 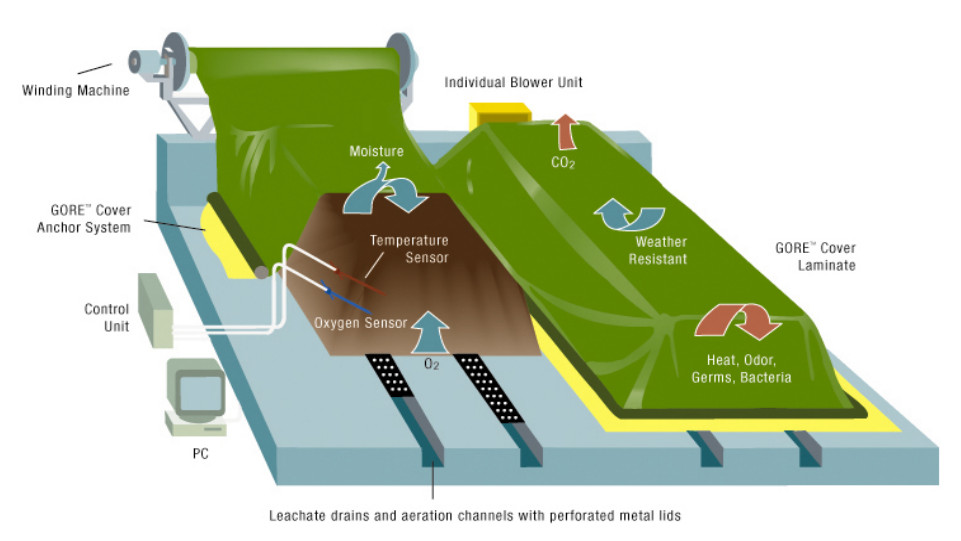 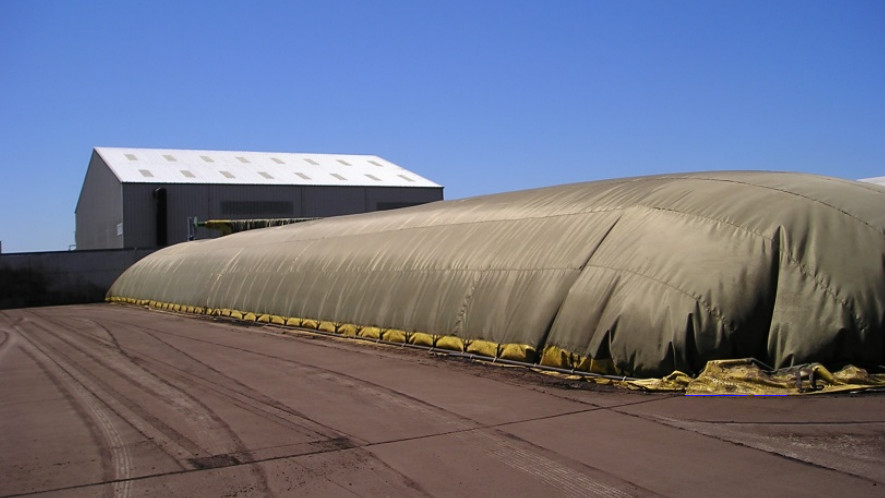 Besides the benefits of extending the life of the landfill through diversion, the county says the resulting mulch and compost will be valued soil amendments to support subsistence and commercial agriculture. The mulch will be treated before it is given out, in order to prevent the spread of invasive species and pathogens.

Before mulch is made available to the public, the mulch will be treated. Under the guidance of the Hawai’i Ant Lab (HAL), the operator will perform the prescribed heat treatment referred to as Processes to Further Reduce Pathogens (PFRP) to mitigate the presence of invasive insect species, such as, the Little Fire Ant (LFA), and pathogens, such as fecal coliform and salmonella. During the initial period when only mulching will be performed and composting operations have not started, the mulch generated from processing of greenwaste and untreated pallets will be placed in open windrows to compost the material for a minimum of 15 days at internal temperatures of a minimum of 131 degrees Fahrenheit. The material will be turned inside and out a minimum of 5 times during the 15 day treatment period to maintain aerobic conditions within the pile and control internal temperatures. When the in-vessel composting system is in place, the PRFP will be conducted in the in-vessel heaps where the same results can be obtained within a 72-hour period instead of 15 days. 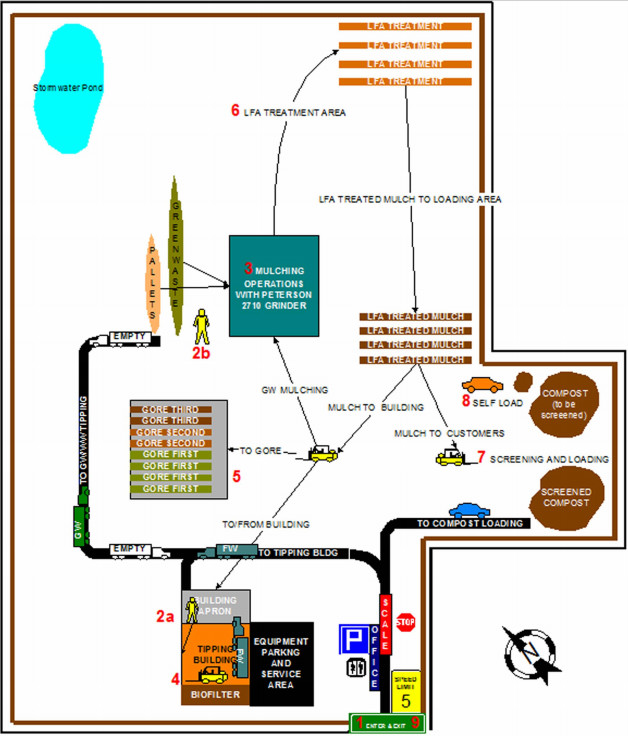 The estimated construction cost is $10.5 million, which will be fronted by the contractor and reimbursed by the county, the draft EA states. It will take 1.5 to 2 years to build the facility. A conceptual site plan can be seen in the image above, courtesy the draft EA.

Projected composting volumes will begin at 28,000 tons per year, or 77 tons per day / 2,320 tons per month, and ramp up to 35,000 tons per year by the tenth year. The projected volumes include feedstocks transferred from the West Hawaii Organics Facility that are to be composted at the East Hawaii facility, estimated to consist of up to 18,000 tons each year.

The document anticipates a Finding of No Significant Impact. 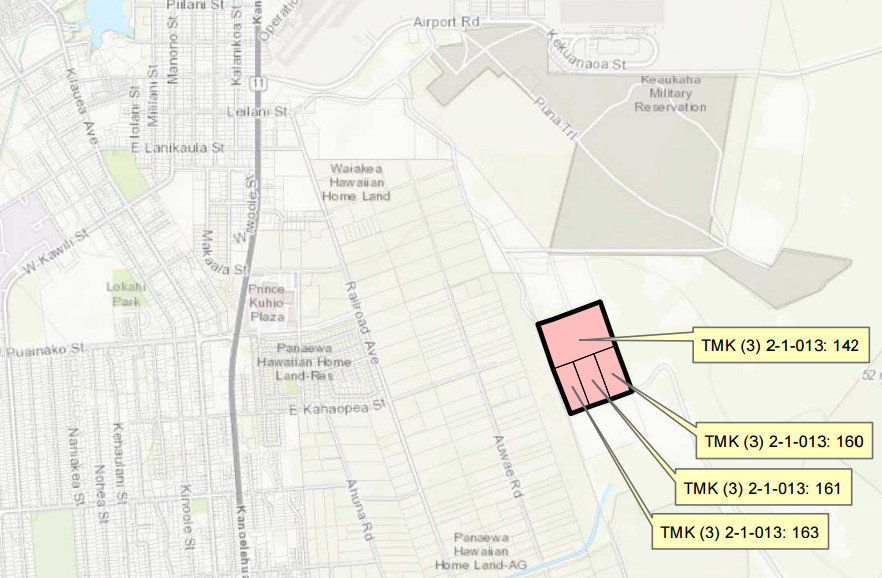