HAWAII ISLAND (BIVN) - The fungal disease that is killing native trees on the Big Island has spread to another 13,000 acres of forest.

Another 13,000 acres of infected forest have been observed since the last survey done in early 2016. The total area impacted by Rapid ʻŌhiʻa Death now stands at 50,000 acres.

The Department of Land and Natural Resources recently unveiled their findings, after a series of aerial surveys of six Hawaiian Islands.

The 13,000-acre increase of infected forest could be from the an expanded survey area, DLNR says, however much of it is due to new tree mortality.

ʻŌhiʻa die-off was first described in 2014. At the time, the reason for the wilting trees – killed “indiscriminately and often quite quickly” – was unknown. Scientists have since learned that the blame lies with the Cereatocystis fungus.

This time, the entire state was surveyed for the disease. Lahaela Walter said in a media release that “… we saw scant evidence that the fungus is killing trees on the other islands. We did spot trees that could be dying of other causes, but so far none of the samples has been positive for the fungus (Cereatocystis) that causes Rapid ʻŌhiʻa Death. Again we need to conduct ground surveys and either confirm or discount the presence of the disease in laboratory tests.” added Lahaela Walter.

“The quarantine measures put into place by the Hawai‘i Dept. of Agriculture appear to be stopping its spread to other islands,” said DOFAW’s Rob Hauff. “These rules require inspections of soil and plant materials and prohibit, except by permit, interisland movement of any part of a native ‘ohi‘a tree.”

DLNR says about 9% of the native forest surveyed on the Big Island showed symptoms of Rapid ʻŌhiʻa Death; brown or no leaves. That’s just over 47,000 acres. 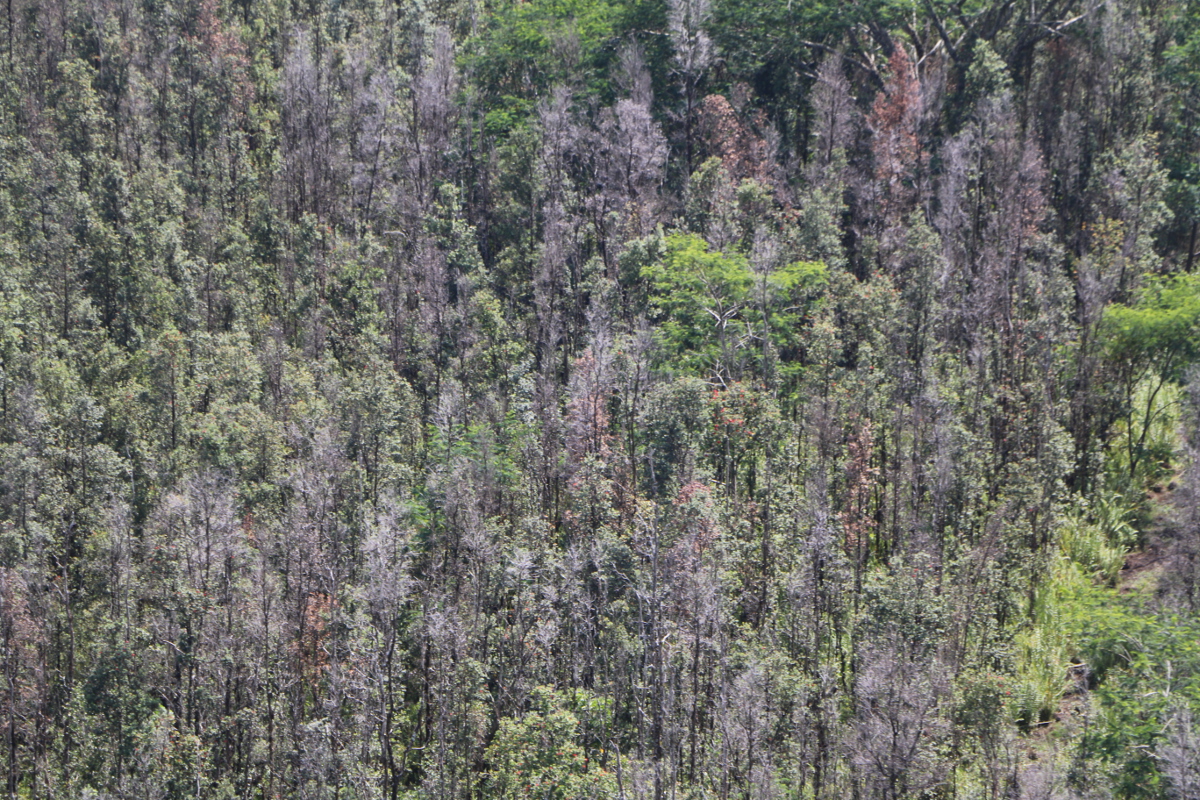 Research is ongoing at the USDA Agricultural Research Service lab in Hilo. Scientists are trying to find a way to treat for Cereatocystis. They are also looking into the way it spreads; via “insects, underground via roots, on small wood or dust particles, on shoes and equipment, and possibly on animals.”

The state called a press conference today on Oahu, coinciding with the IUCN World Conservation Congress. 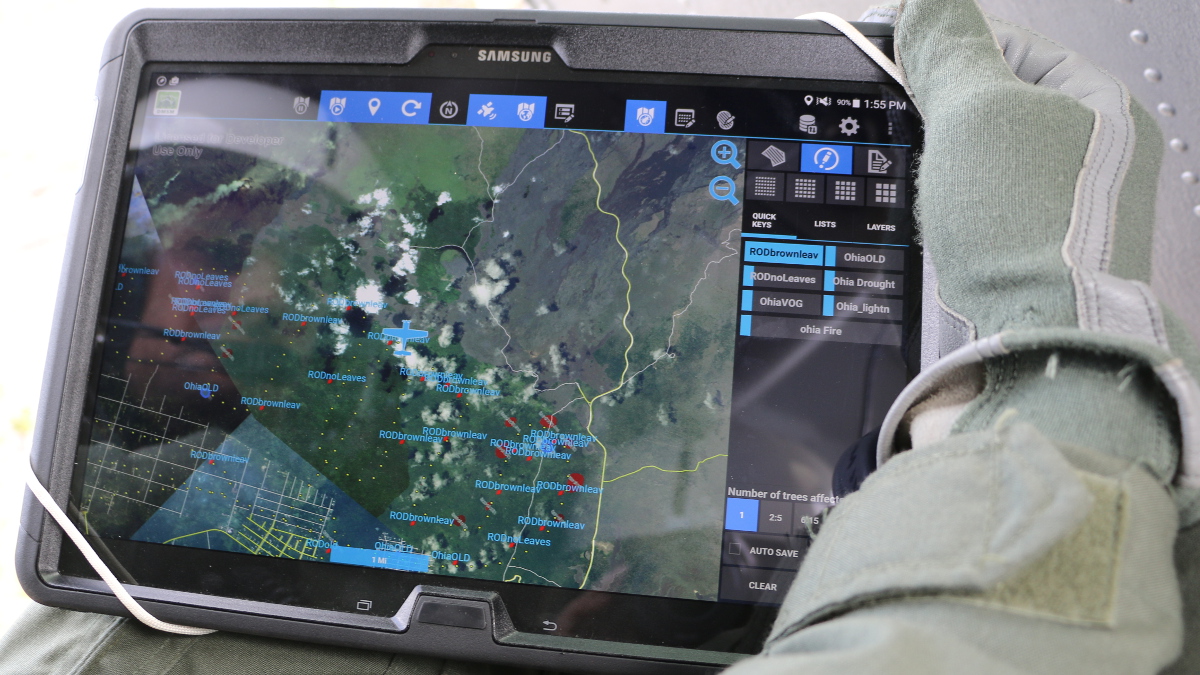