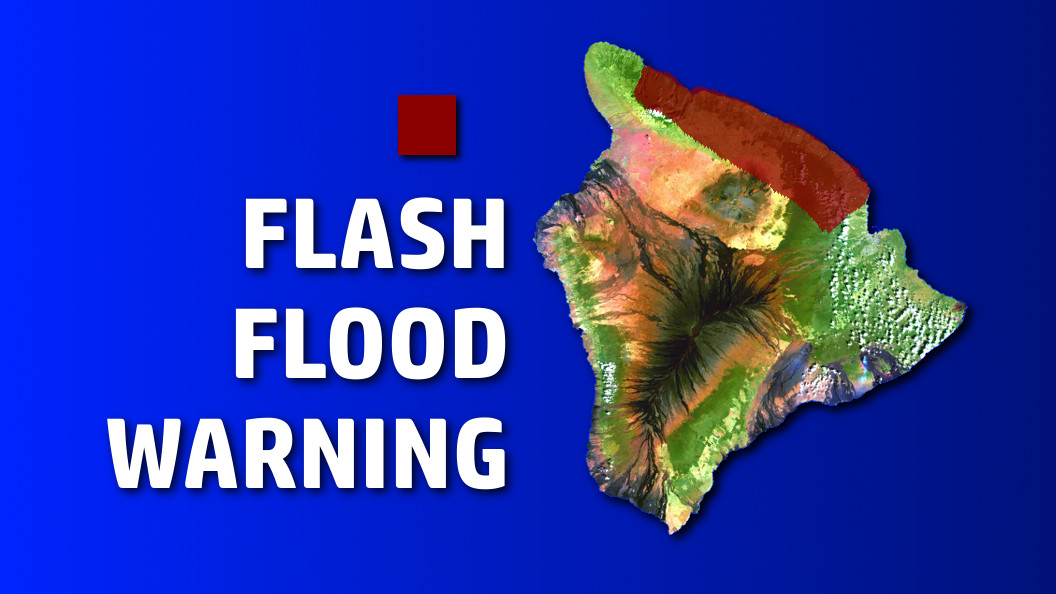 HAWAII ISLAND (BIVN) - Locations in the warning include but are not limited to Honokaa, Honomu, Kukuihaele, Waimanu Valley, Waipio Valley, Ookala, Laupahoehoe and Pa'auilo.

UPDATE (6:55 p.m.) – “One lane is open on Highway 19 near Paauilo Post Office due to a landslide,” Hawaii County Civil Defense reports. “Motorists are advised to drive with caution in the area. The public is advised that Paauilo Gym is open as an evacuation shelter for Hamakua residents.”

HAWAII ISLAND – The National Weather Service in Honolulu has issued a Flash Flood Warning for the Hamakua Coast on Hawaii Island. The warning is in effect until 8 p.m. HST.

At 5:07 p.m. HST, radar indicated heavy rain and thunderstorms along the Hamakua Coast. Rain was falling at a rate of 3 to 4 inches per hour, forecasters reported.

Locations in the warning include but are not limited to Honokaa, Honomu, Kukuihaele, Waimanu Valley, Waipi’o Valley, O’okala, Laupahoehoe and Pa’auilo.

A flash flood warning means that flooding “is imminent or occurring in streams, roads, and low lying areas,” forecasters say. “Move to higher ground now. Do not cross fast flowing water in your vehicle, or on foot. Turn around, don’t drown.”

The National Weather Service says this warning may need to be extended beyond 8 p.m. HST if heavy rain persists.

A Flash Flood Watch remains in effect for the entire Island of Hawaii.