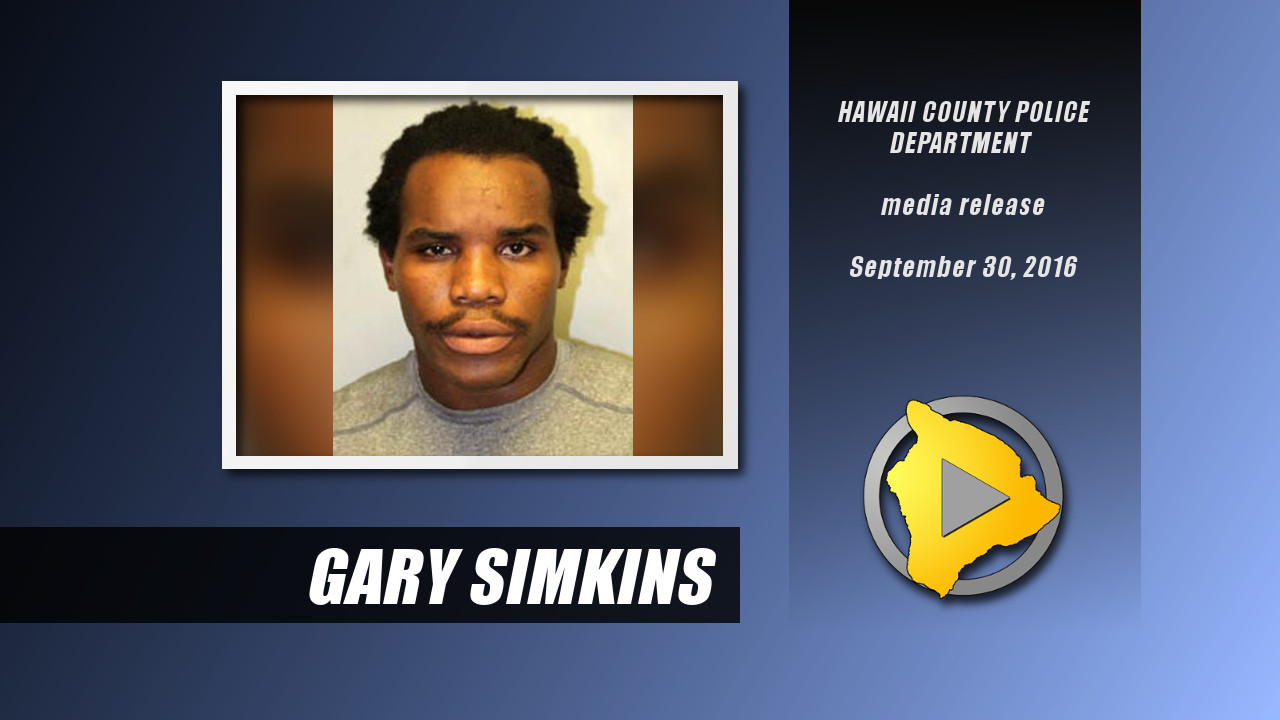 PUNA (BIVN) - After turning himself after an alleged robbery in Pahoa, Gary Simkins now faces charges of violence within 48 hours after “bonding out” on the first offense.

HAWAIIAN BEACHES, Hawaii – 22-year-old Gary Simpkins has been arrested again, one week after being charged with robbery, this time for an unrelated, violent incident in Hawaiian Beaches.

Police say Simpkins was arrested on Thursday night after he “allegedly used a bat to smash four windows on a vehicle occupied by a 21-year-old woman and her 3-year-old son in the Hawaiian Beaches subdivision”, within 48 hours after “bonding out” on the robbery offense.

Simpkins, who lives in Hawaiian Beaches, turned himself in to police on Monday, September 26, after he was named a suspect in a reported robbery that occurred in Pahoa early Tuesday, September 20.

At about 2:23 am, police received a report from a 19-year-old Pahoa man who reported that shortly after 1:00 am, while he was walking near the intersection of Route 130 and the Pahoa Village Road, a white four-door sedan stopped by and two male individuals exited the vehicle and approached him. The victim reported that he was assaulted by one of the male suspects, who forcibly removed a skateboard from him before fleeing in the white sedan. The victim sustained minor injuries and declined medical treatment.

After turning himself in, Simkins was charged with the felony the following day with bail set at $5,000. After posting bond later that day, he was released from police custody. The investigation against the second suspect, reported to be a juvenile, was sent to the Office of the Prosecuting Attorney for a charging decision.

A short time later, police say Simkins was involved in the latest incident in Hawaiian Beaches.

At 8:50 p.m. Thursday (September 29), Simpkins was arrested for terroristic threatening, criminal property damage and unauthorized entry into a motor vehicle after he allegedly used a bat to smash four windows on a vehicle occupied by a 21-year-old woman and her 3-year-old son in the Hawaiian Beaches subdivision of Puna. He was later charged, and bail was set at $12,000.