HAWAII VOLCANOES NATIONAL PARK (BIVN) - The Department of Land and Natural Resources recently recorded some video of the lava ocean entry from a boat.

Active breakouts have occurred on the coastal plain a little over a mile inland from ocean entry during the past week. The activity consisted of scattered pāhoehoe breakouts, scientists say.

A USGS Hawaiian Volcano Observatory field crew will be conducting an overflight today to update conditions. 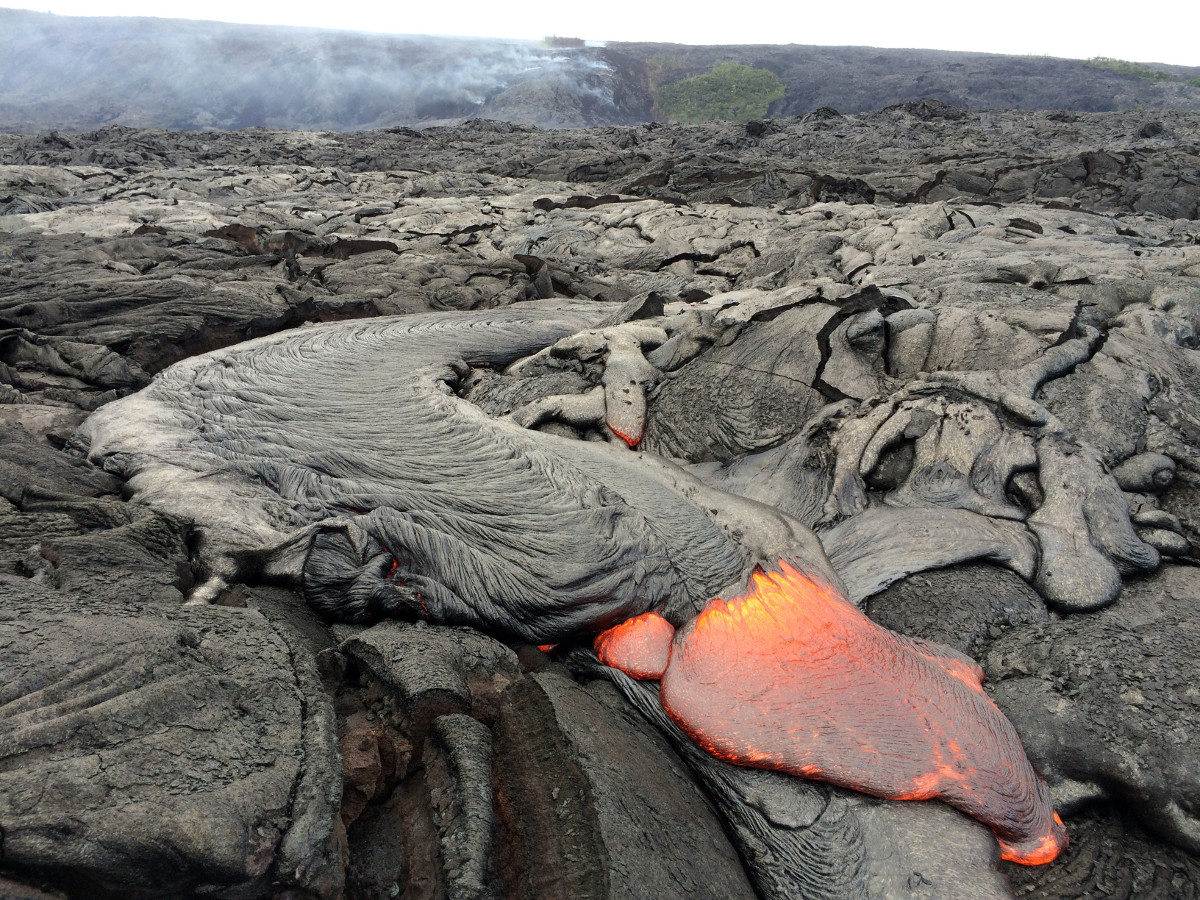 This USGS photo shows a typical lobe of pāhoehoe lava filling in a small depression on the coastal plain.

The Department of Land and Natural Resources also recorded some video recently of the lava ocean entry from a boat.

Scientists continue to warn of the significant hazards of the lava ocean entry. Besides walking on uneven surfaces and around unstable, extremely steep sea cliffs, they say venturing too close to an ocean entry exposes you to flying debris created by the explosive interaction between lava and water. Also, the new land created is unstable because it is built on unconsolidated lava fragments and sand.

The plume created by the ocean entry is also dangerous. It is acidic and laden with fine volcanic particles that can irritate the skin, eyes, and lungs.

Dangers aside, the visits to the spectacle – whether by land or by sea – remain a popular attraction. 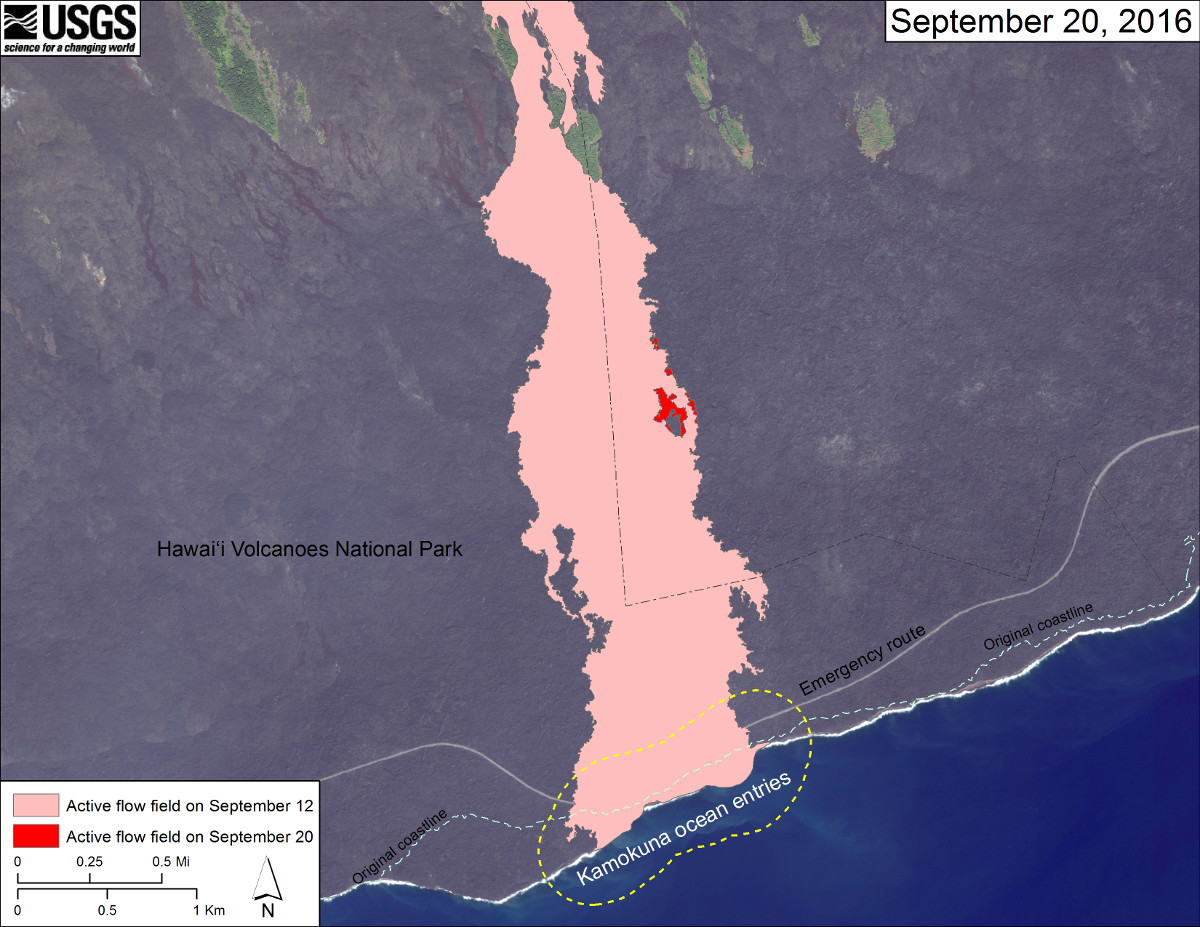 The most recent map from USGS shows the area of the active flow field as of September 12 (in pink), while widening and advancement of the active flow as mapped on September 20 is shown in red. The dashed blue line shows the pre-1983 coastline. The dotted line surrounding the Kamokuna lava delta indicates a distance of 790 feet, which is the maximum documented distance that rocks and spatter have been thrown inland from the older sea cliff by delta explosions that occurred during the Puʻu ʻŌʻō eruption.