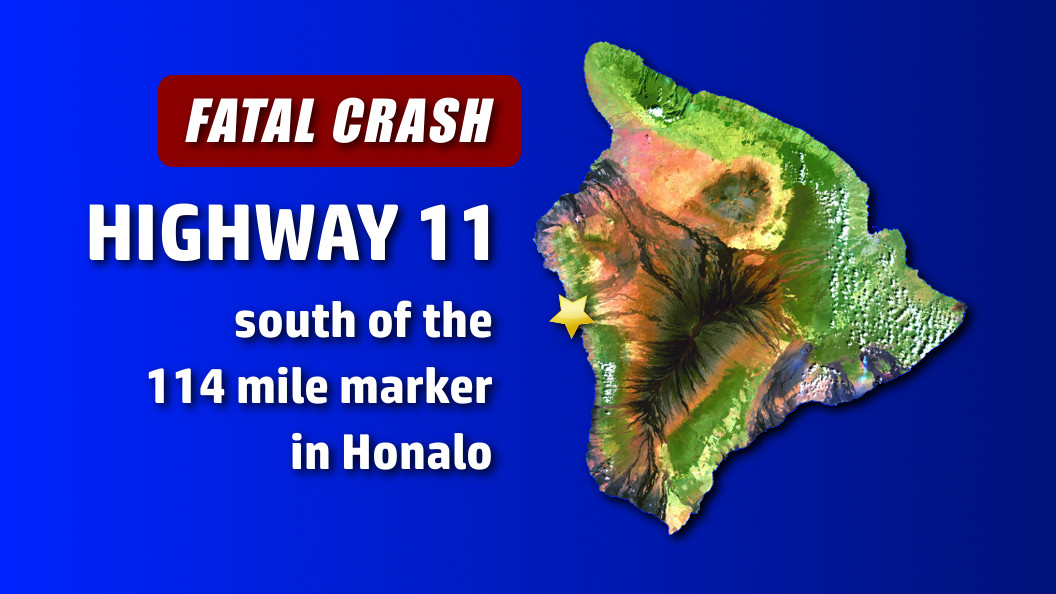 HONALO (BIVN) - Police believe speed, inattention and alcohol were factors in the single-car crash, which is the 22nd traffic fatality this year.

Responding to a 2:36 a.m. call, police determined that a 2013 Subaru station wagon had been traveling south on Māmālahoa Highway just south of the 114-mile marker when the operator failed to negotiate a turn in the roadway, which then caused the vehicle to run off the mauka shoulder of the roadway and to collide with a utility pole. The operator was ejected from the vehicle, and he sustained critical injuries. The unidentified man was taken to Kona Community Hospital, where he was pronounced dead at 5:26 a.m. Sunday.

The man has not been identified.

Police believe speed, inattention and alcohol were factors in the crash. An autopsy has been ordered to determine the exact cause of death and to determine identification.

Officers from the Traffic Enforcement Unit have initiated a coroner’s inquest investigation and are asking for anyone who may have witnessed the crash to call Officer Justin Hooser at 326-4646, ext. 229. Tipsters who prefer to remain anonymous may call Crime Stoppers at 961-8300.

This is the 22nd traffic fatality this year compared with 15 at this time last year.