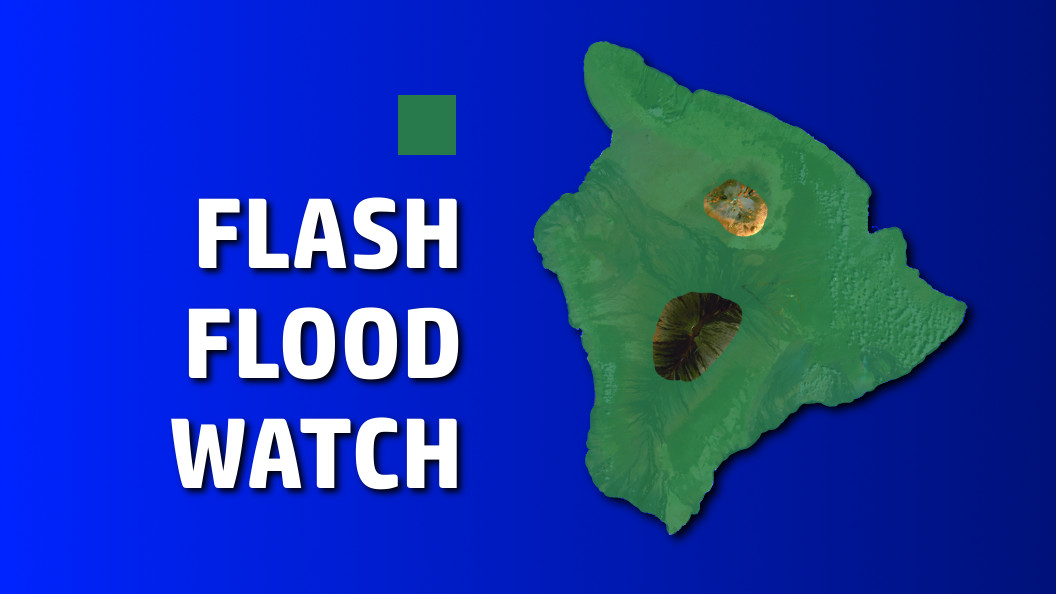 HAWAII ISLAND – A flash flood watch in effect for the Big Island of Hawaii from 4 a.m. HST early Monday morning through Tuesday afternoon.

The National Weather Service in Honolulu says the “combination of abundant moisture and an upper level disturbance could trigger heavy rains and thunderstorms” into tomorrow.

So far, it has been a rainy morning in Hilo.

“A flash flood watch means that conditions may develop that lead to flash flooding,” forecasters warn. “Flash flooding is very dangerous. You should monitor later forecasts and be prepared to take action should flash flood warnings be issued.”

An unsettled weather regime is likely for a good part of this first full week of October, NWS says.