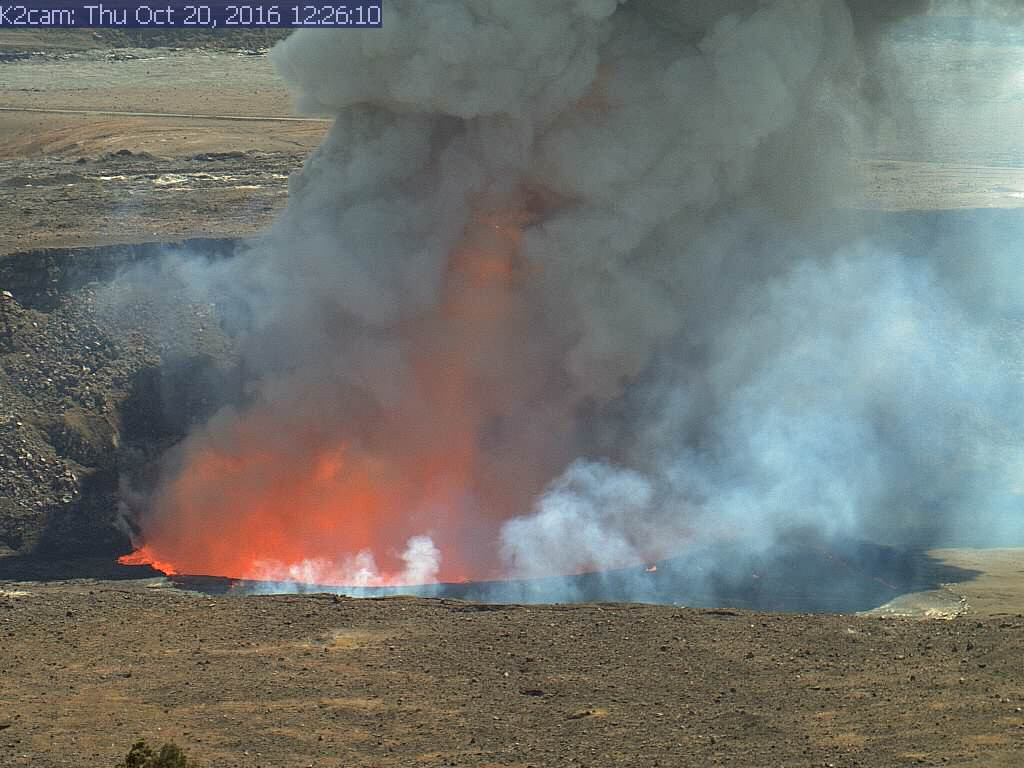 Explosion At Summit Of Kilauea Volcano

HAWAII VOLCANOES NATIONAL PARK (BIVN) - The explosion was recorded on video by ‎a Ntaional Park visitor and posted to Facebook. 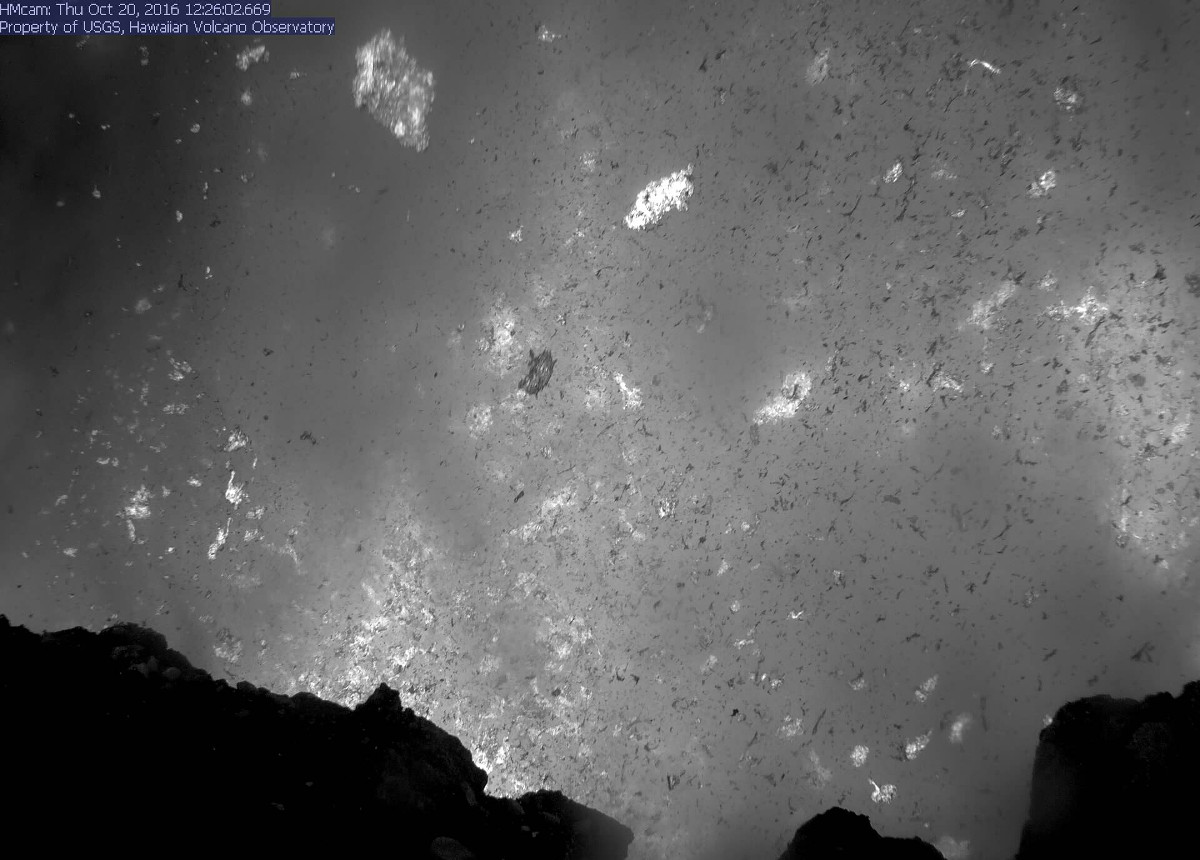 blasted spatter (molten lava) and rock fragments on to the rim of Halemaʻumaʻu Crater, as well as on to the closed section of Crater Rim Drive, about a quarter-mile from the vent. (USGS)

HAWAII VOLCANOES NATIONAL PARK – Two explosions in as many days are being reported by the USGS Hawaiian Volcano Observatory.

The blasts at the summit of Kilauea volcano were triggered by rocks falling into the lava lake. The event shown above occurred around 12:26 p.m., HST, on Thursday, October 20.

The other explosion happened around 7:45 a.m. on Wednesday, October 19, and scientists say, “both events are reminders why the area around Halemaʻumaʻu Crater remains closed to the public.”

The explosion was recorded on video by ‎Terri Kroesing‎ and posted to Facebook:

So glad we were there to witness this spectacular event.