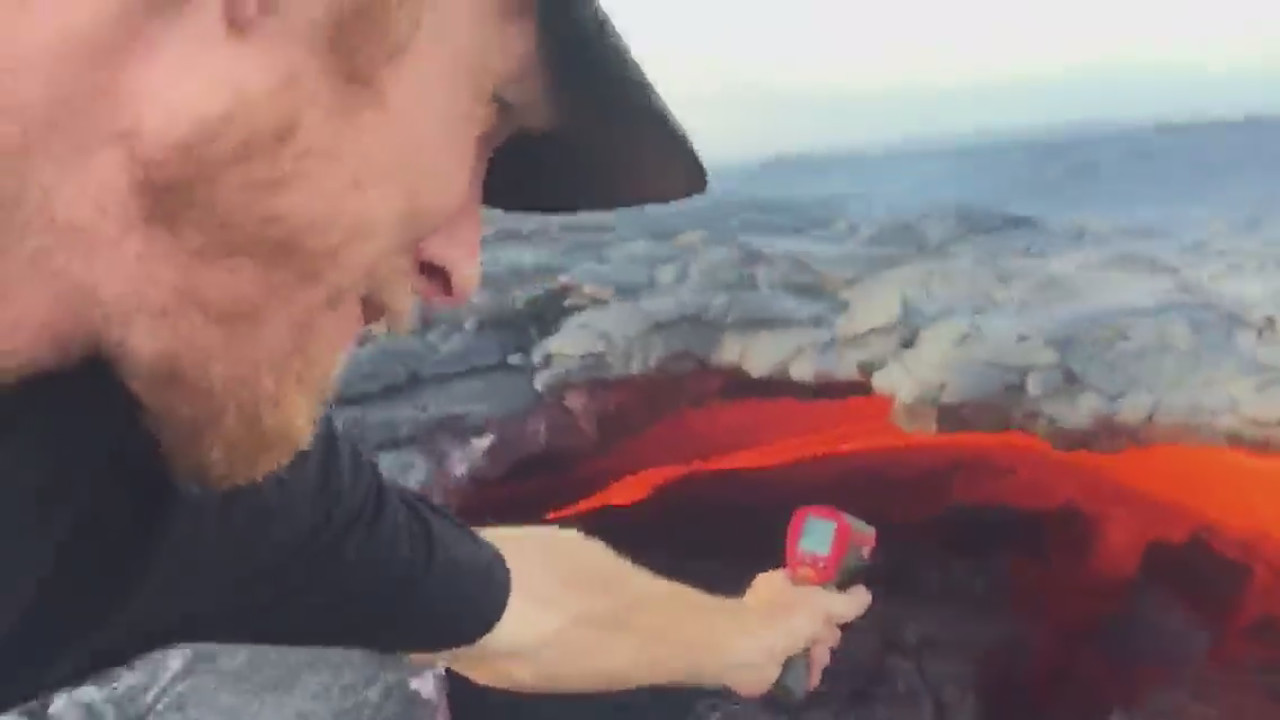 HAWAII VOLCANOES NATIONAL PARK – A lava tour guide happened upon a large, new skylight on the 61g flow field inside the National Park, offering a rare view of rushing molten rock inside a lava tube.

John Tarson of Epic Lava Tours shared the video over Facebook, wincing under the hot glow of the cavernous skylight. Tarson describes how he found the geological feature during an early-morning hike over the weekend. He even recorded himself taking temperature measurements near the opening of the skylight.

Tarson presumably found the skylight shortly after it formed, before park rangers had a chance to cordon off the area. Tarson, an experienced lava tour guide, assured viewers he was approaching the skylight carefully and cautiously.

In caption to a photo recently posted to the USGS Hawaiian Volcano Observatory website, scientists called the sudden appearance of another skylight “a sobering reminder why visitors are encouraged to remain outside the closed area, which Hawaiʻi Volcanoes National Park has cordoned off with a rope line and warning signs.” USGS said the Park reported that in late September, “a skylight opened abruptly on the coastal plain just minutes after a couple of visitors had walked through the closed area.” 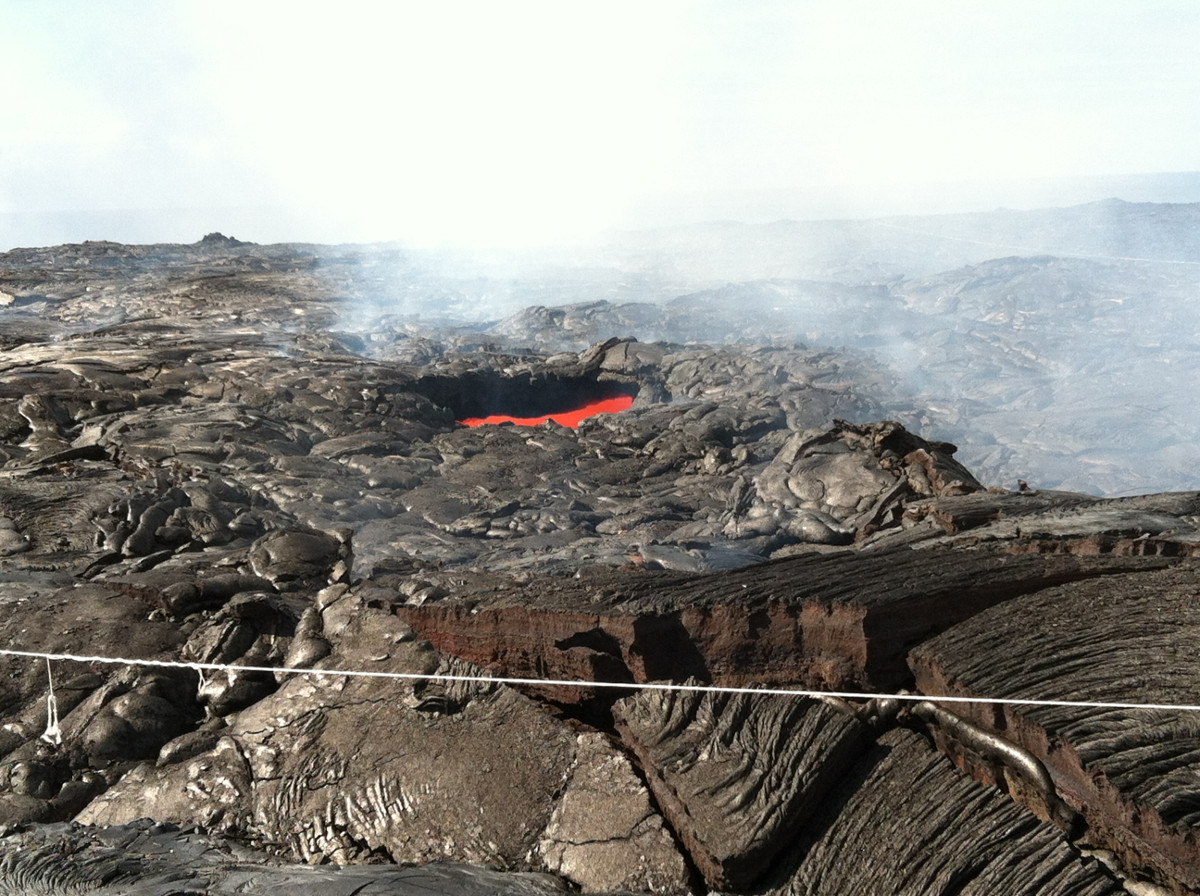 This skylight, a “window” into the active lava tube that carries lava from the vent to the sea, is located inland of the Kamokuna ocean entry. (USGS on October 7, 2016)

The 61g lava flow, extending southeast from Puʻu ʻŌʻō on Kīlauea’s south flank continues to enter the ocean at Kamokuna.