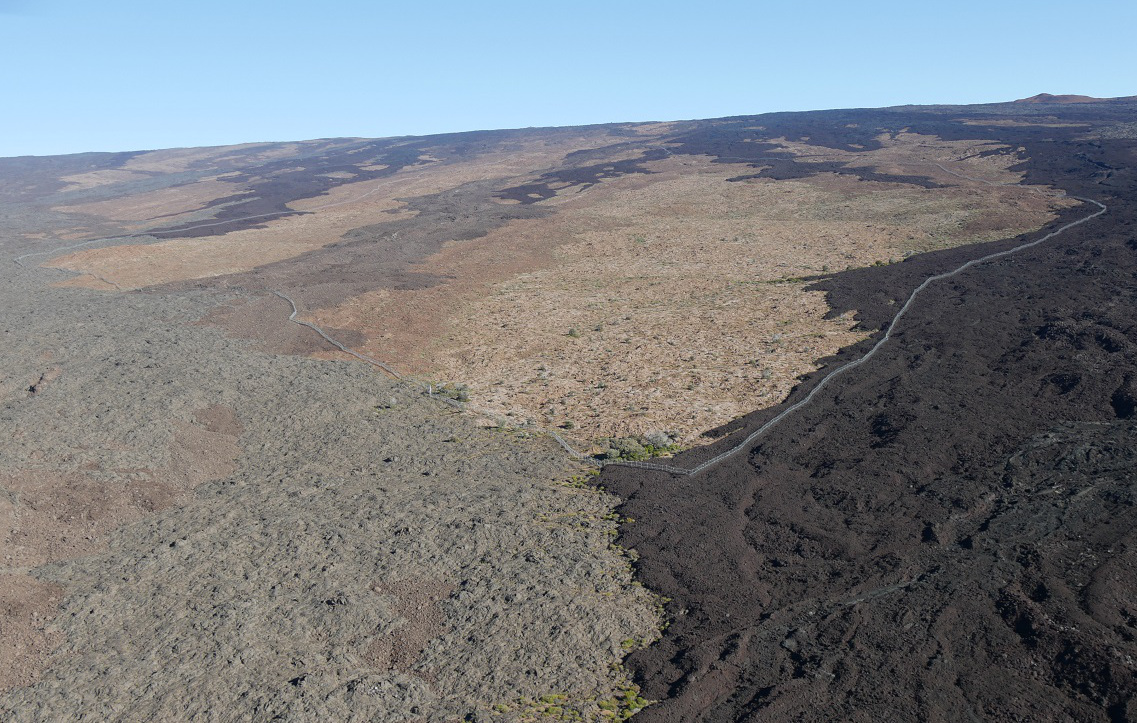 MAUNA LOA, Hawai‘i – The largest cat-proof fence in the United States has been installed on Mauna Loa, part of an effort to protect the federally endangered ‘ua‘u, or Hawaiian petrel.

The birds’ primary threat are feral cats, the National Park Service says. Ua’u nest in deep lava rock burrows on the rugged, high-altitude slopes of the mountain within Hawaii Volcanoes National Park. Yet the seafaring birds are not safe from the hungry felines. 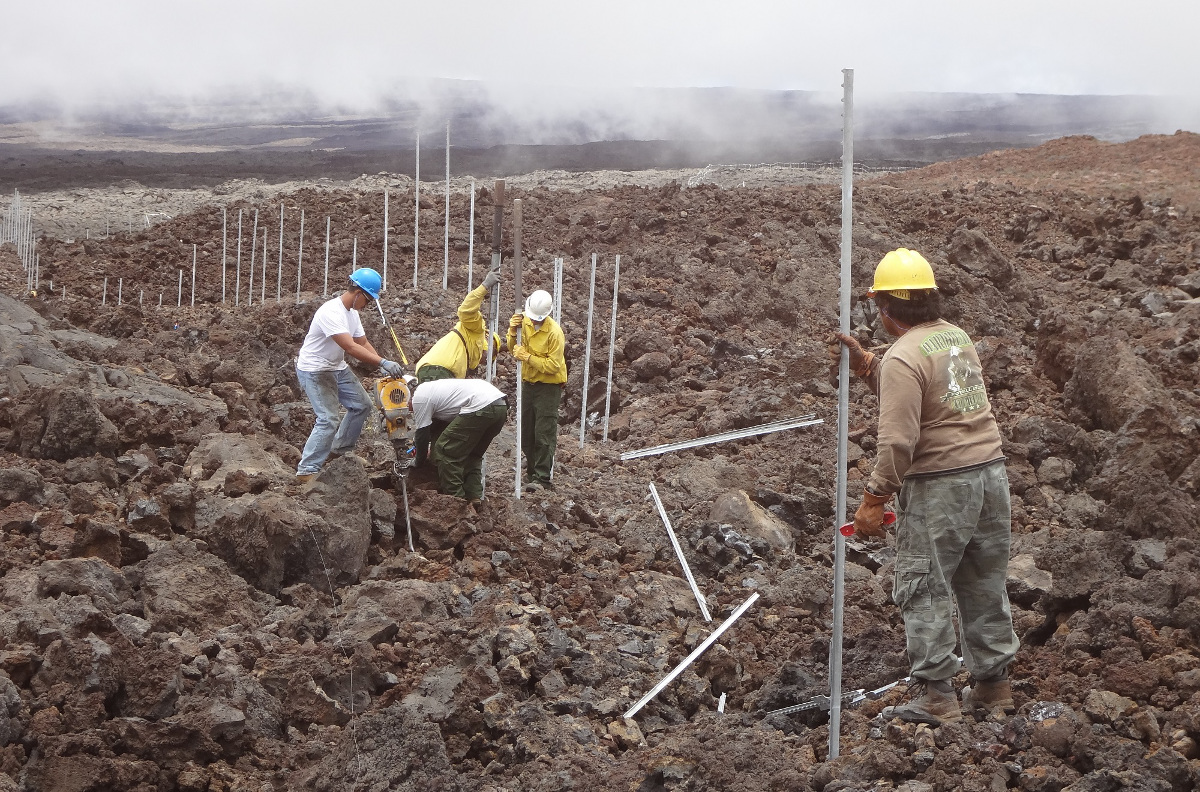 Park staff install the cat-proof fence in rough and rugged high-elevation lava fields on the slopes of Mauna Loa. The five-mile-long fence protects more than 600 acres of Hawaiian petrel habitat, and could be the longest of its kind in the United States. (NPS Photo)

“To our knowledge, this is the largest fence of its kind in the U.S. To build such a fence is an incredible feat, and an important victory for a native species that is extremely rare on Hawai‘i Island,” said NPS biologist Kathleen Misajon in a media release. “Through the partnership of the cooperating organizations, the cat-proof fence will protect these amazing seabirds and support the expansion of this small population,” she said.

The specifically designed barrier is more than six feet high, and has a curved top section that prevents cats from climbing over it.

The high-altitude project was grueling, officials say. All materials had to be flown in and out of the remote site by helicopter. Fence crews had to camp out at elevations between 8 and 10 thousand feet, braving harsh weather like high wind, hail and extreme heat.

Construction began in 2013, and was limited to January through May to avoid disturbing nesting birds. The birds spend most of their lives at sea, and come to land only during breeding season.

Thanks to their hard work, more than 600 acres of ‘ua‘u nesting habitat is protected on Mauna Loa.

The species is very rare on Hawai‘i Island, with just 75 nesting pairs in Hawai‘i Volcanoes National Park, and another small population on the slopes of Kohala. 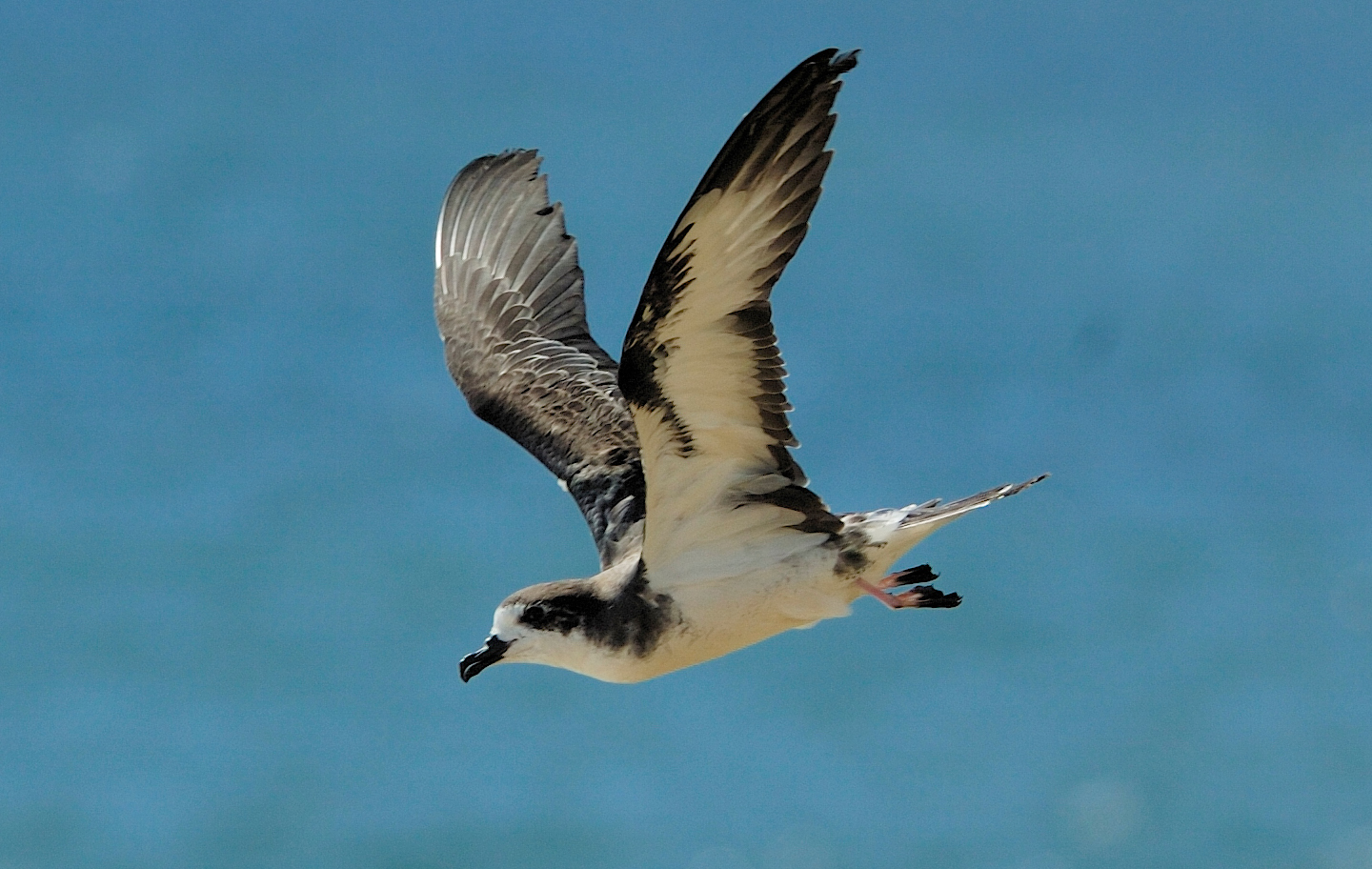 The park and cooperating partner agencies have studied this remnant population of ‘ua‘u on Mauna Loa since the early 1990’s, both on the ground and more recently, through remote game cameras. The birds only come and go at night, and are rarely seen.

The birds spend most of their lives at sea, and come to land only during breeding season.