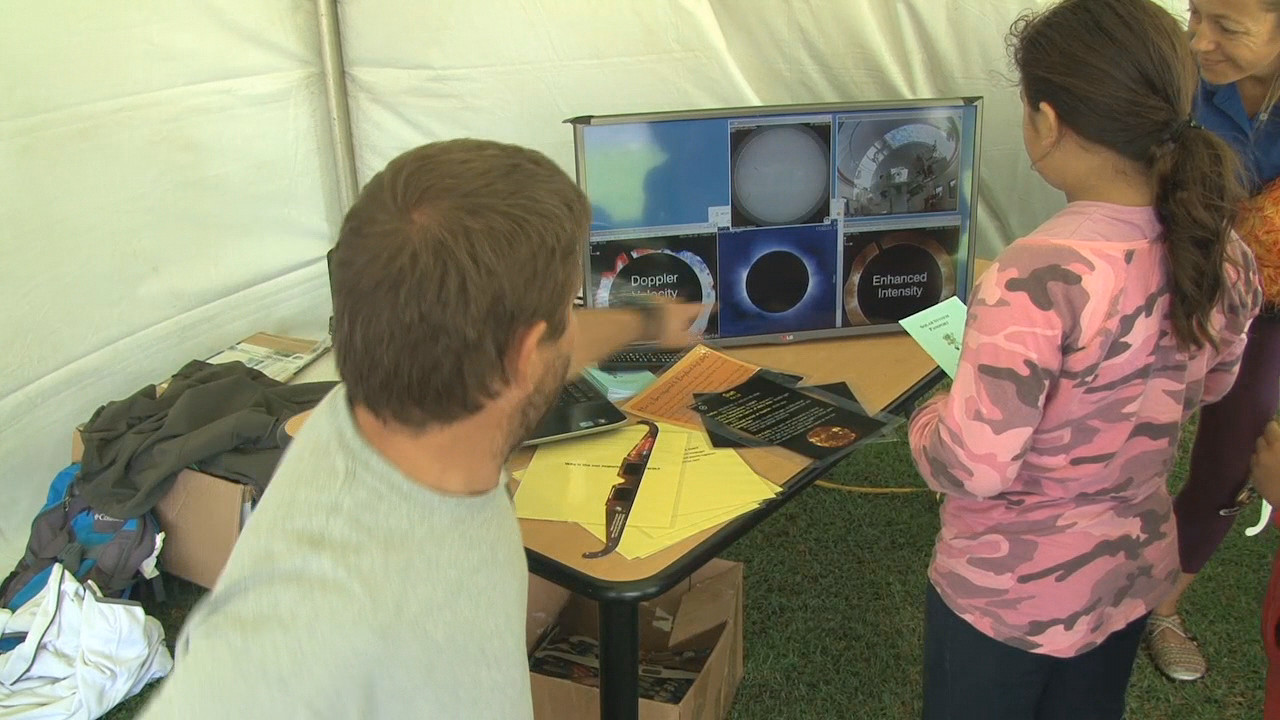 WAIMEA, Hawaii – This year’s Solar System Walk was held at the Waimea headquarters of the CanadaFrance-Hawaiʻi Telescope on Saturday. Organizers shared video of the annual event, which included interviews with representatives of CFHT, the W.M. Keck Observatory, and the Mauna Loa Solar Observatory. It also included a word with the exuberant Leandra Delos Santos, whose ‘rainbow unicorn’ was enough to win first prize in a special costume contest. 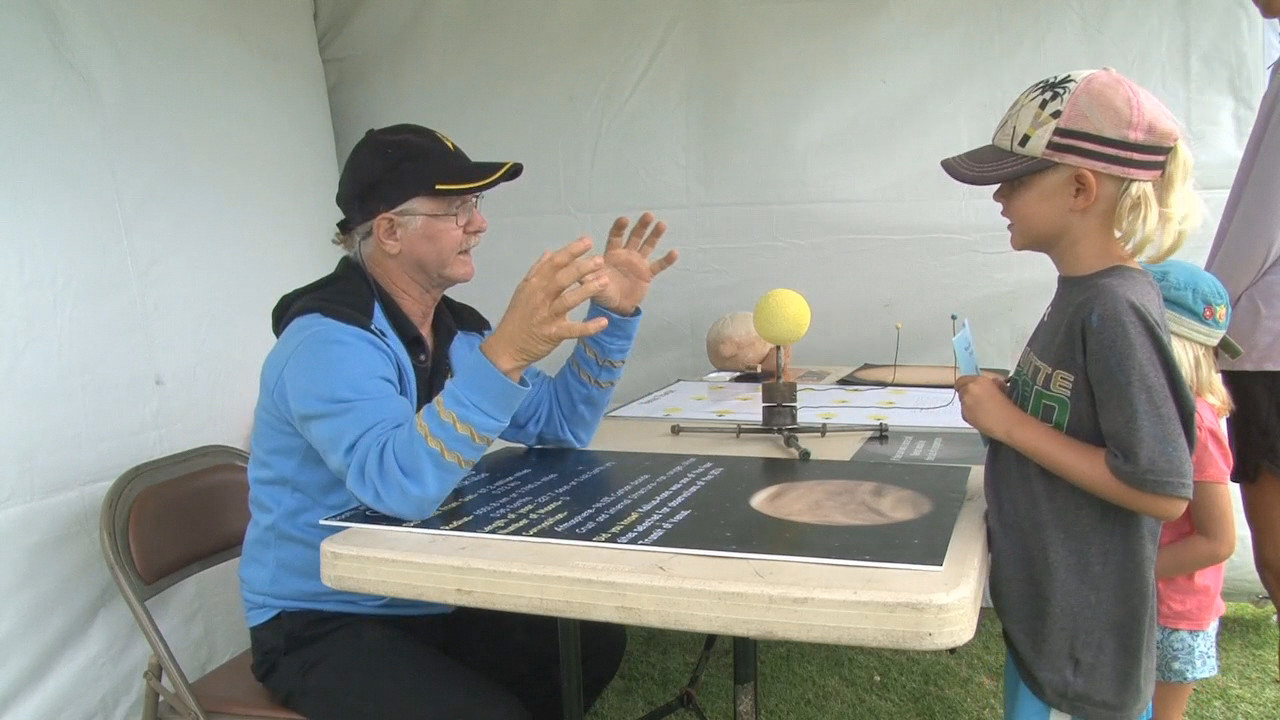 WAIMEA, HAWAI‘I – The Maunakea Observatories played host to its beloved annual event: the Waimea Solar System Walk, yesterday, October 29. The free event, hosted by the CanadaFrance-Hawaiʻi Telescope (CFHT), the W.M. Keck Observatory and the University of Hawaiʻi’s Institute for Astronomy (IFA), provided the community with an opportunity to talk with staff from the world’s most scientifically productive telescopes and to explore the planets – just like professional astronomers – as they walked through Waimea.

The Solar System Walk turned Waimea into a scale model of the solar system, and encouraged keiki to explore our neighboring planets through hands-on activities. The walk started with the sun at the Keck Observatory headquarters and continued down the sidewalk to Pluto and its icy friends at the CFHT headquarters.

A new addition this year was the Halloween costume contest. The free contest was judged by Auntie Penny Vrendenburgh, Rich Matsuda and Newton Chu. All participants were awarded prizes donated in large part by Celestron. The Delos Santos family won the grand prize telescope, with Leandra Delos Santos dressed as a rainbow unicorn, Dillon Delos Santos as a samurai and Milan Abut as an army soldier.

“The annual Solar System Walk is a great way for the community to come together for a day of both learning and fun. It allows the keiki to look at our universe in a way much different than depicted in the classroom” said Mary Beth Laychak, CFHT’s outreach program manager. “We were very excited about the addition of the Halloween costume contest and were extremely impressed with the level of participation.”

For more the latest updates about the Waimea Solar System Walk, follow CFHT on Facebook at www.facebook.com/cfhtelescope.