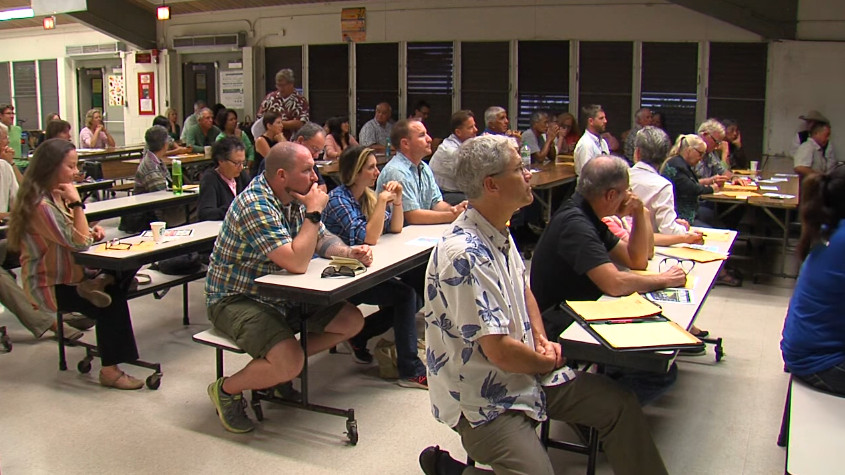 As always, the entire community is invited and there is no charge to attend though WCA membership is urged. WCA is a 501(c)3 not-for-profit so membership is tax deductible to the extent permitted by law.

Topping the agenda will be introduction of Cindy Kamikawa, MS, RN, NE, who is now President of NHCH.Ms. Kamikawa was named to assume all day-to-day management responsibilities for the hospital effective August 1, 2016 by Queen’s Health Systems. She was scheduled to be introduced at the community association’s September meeting, which was cancelled due to two approaching hurricanes. Ms. Kamikawa is no newcomer to NHCH, having been involved since the hospital became affiliated with Queen’s in January 2014. She brings to her new role more than 30 years of experience at Queen’s, beginning as a staff nurse to her most recent role as QHS Vice President/Chief Nursing Officer.

Also on the agenda will be updates on both continuing cleanup progress of WWII UXO by the US Army Corps and State Department of Health, and then, looking to the future, an update on Google’s Makani Wind Energy Kite project.

There also will be an update on the long standing South Kohala Traffic Safety Committee by Interim Chair James Hustace, who will review the committee’s purpose coupled with an invitation to attend its monthly meetings at 4 p.m. on the second Tuesday of every month at Waimea Civic Center conference room. There’ll also be an invitation to the Waimea Seniors Christmas Bazaar from 9 a.m. to 2 p.m., Sat., Nov. 5, and an update on the 56th Annual Waimea Christmas Twilight Parade at 5:30 p.m., Sat., Dec. 3, 2016.

As always, the program also will include County Council business updates by Council members Val Poindexter and Margaret Wille.

For more information, call Patti Cook (937-2833) or go to www.WaimeaTown.org, or www.Facebook.com/WaimeaCommunityAssociation.