HAWAII ISLAND (BIVN) - New findings show that as much as 75 percent of the dust spread from the beetles that bore into infected ʻōhiʻa trees contain disease spores. 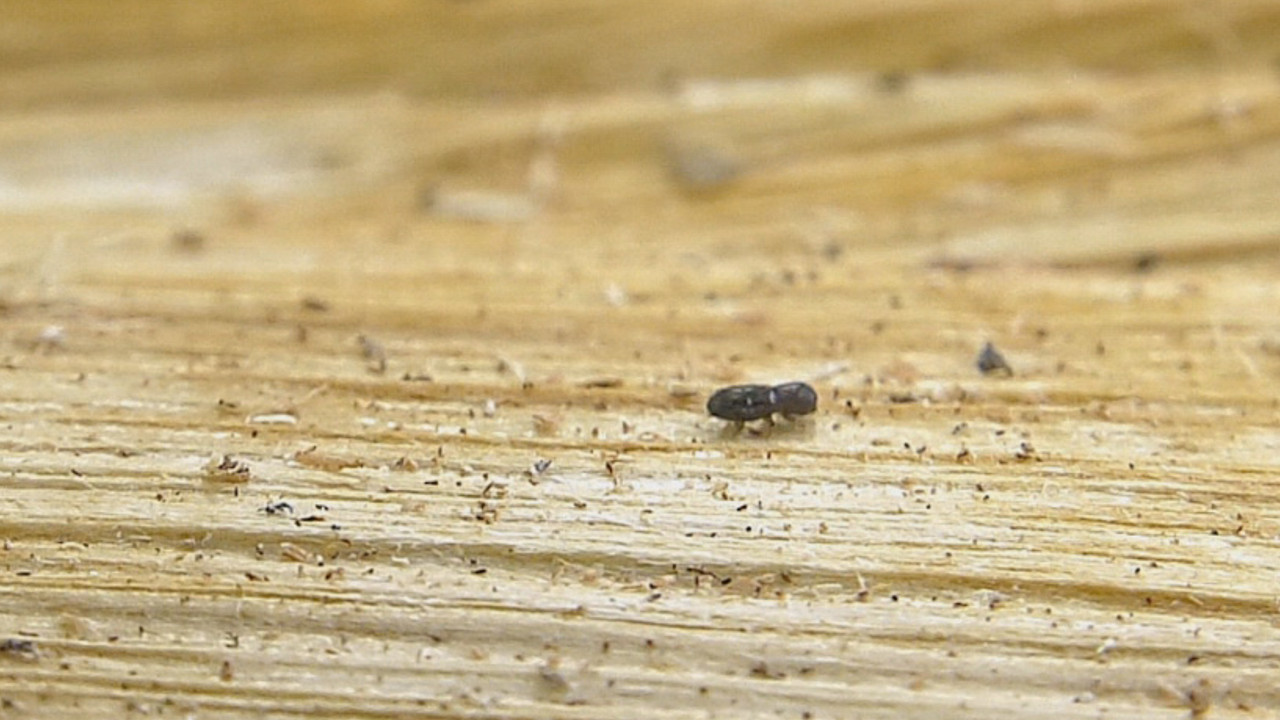 The invasive fungal disease has killed hundreds of thousands of ‘ōhi‘a trees on the Big Island.

The University of Hawai‘i says ongoing research is producing more evidence that links tiny ambrosia beetle to the spread of the disease.

Preliminary findings show that as much as 75 percent of the dust spread from the beetles that bore into infected ʻōhiʻa trees contains spores that carry the disease. 10 percent of the ambrosia beetles tested were also positive for the fungal disease.

“One of the most likely ways is these beetles boring into the wood,” said UH CTAHR researcher Curtis Ewing in a video news release. “They’re doing this 24-hours-a-day, they go in headfirst they chew in the wood, create boring dust, and then 24 hours a day they’re backing out.” 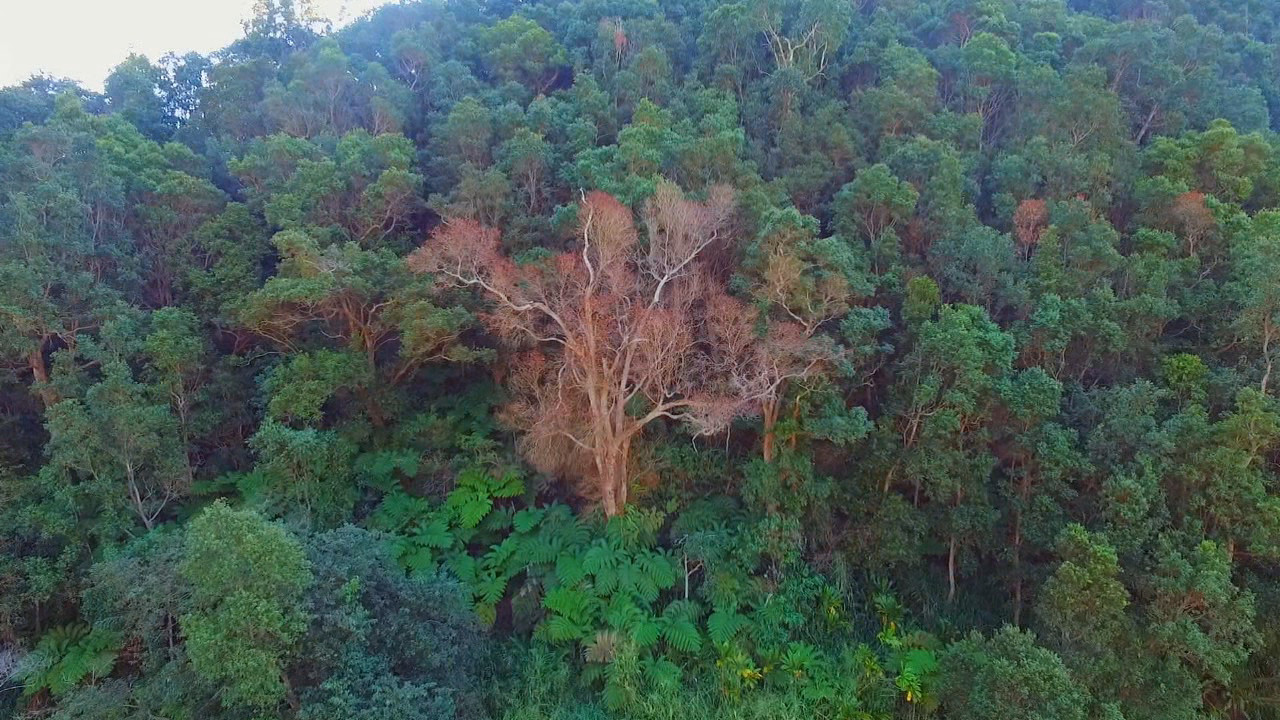 “So you can have this boring dust or frass coming out of the tree 24/7,” Ewing said, “gets caught in the wind, gets blown across the forest, lands on the trees. If there’s a wound or some other entry point…”

Researchers hope the disease can be controlled by managing the beetle habitat in dead and dying ʻōhiʻa. There is still much to learn.

“One of the questions we want to know is, over time, how much frass is produced, when do they emerge, is there any synchronicity to it,” Ewing added.

Since 2013, the fungal disease has killed hundreds of thousands of ʻōhiʻa trees and affected almost 50,000 acres of Hawaiʻi Island and has the potential to kill ʻōhiʻa trees statewide.

Ohiʻa are the foundation of the state’s watershed and a cultural treasure.

Healthy trees appear to die within a few days to a few weeks, which is how the disease came to be called “rapid ʻōhiʻa death.” 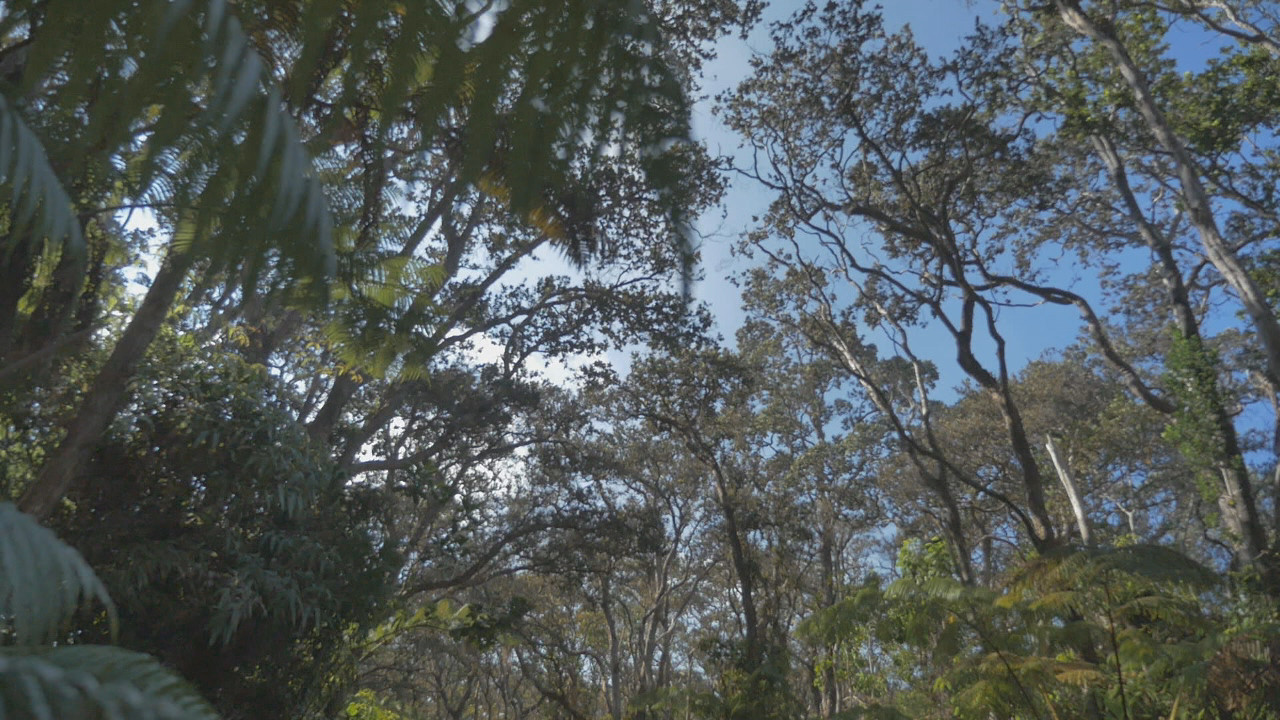