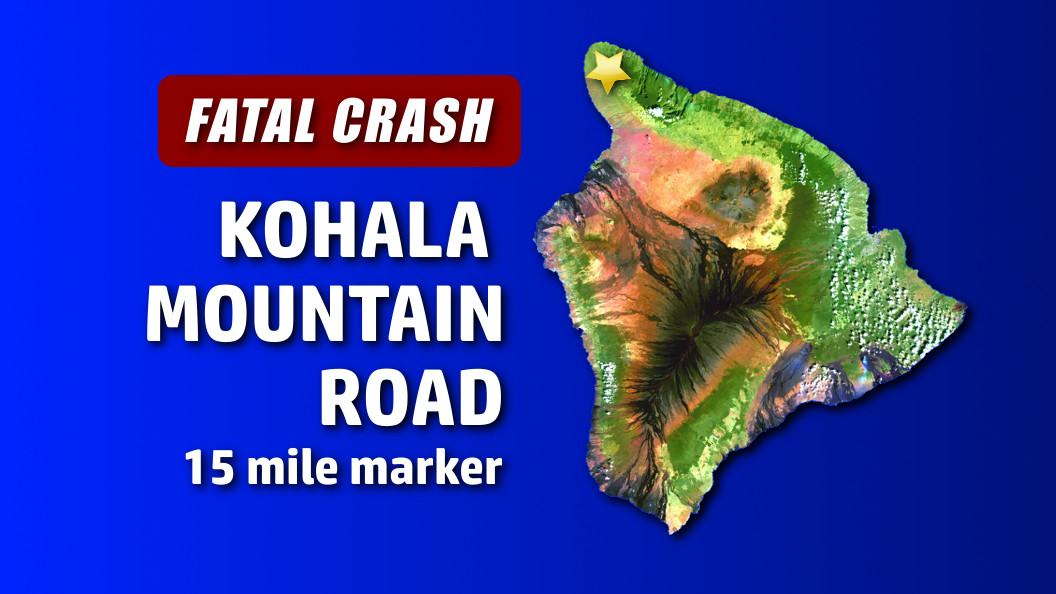 NORTH KOHALA (BIVN) - 77-year-old Albert Kita and 83-year-old Dorothy Kita, both from Hāwī, were killed in the head-on collision.

NORTH KOHALA, Hawaii – A man and a woman from Hāwī were killed in a Friday morning crash on Kohala Mountain Road.

Before 8:13 a.m., police say “the operator of a 2007 Honda sports-utility vehicle had been traveling north on Kohala Mountain Road, when it failed to negotiate a turn, crossed the center line of the highway and collided head-on with a 2008 Scion Xb that had been traveling south.”

Police say the driver of the Honda, a 29-year-old Hāwī woman, was also taken to NHCH. She is being treated for injuries sustained in the collision.

Kohala Mountain Road was closed for hours in both directions at Kohala Ranch Road and Puuhue Road as a result of the deadly crash.

Police believe speed and inattention may have been factors in the collision. The Traffic Enforcement Unit has initiated a negligent homicide investigation.

Police ask anyone who witnessed the crash to call Officer Kimo Keliipaakaua at 326-4646, extension 229. Tipsters who prefer to remain anonymous may call Crime Stoppers at 961-8300. These are the 27th and 28th traffic fatalities this year compared with 16 at this time last year.