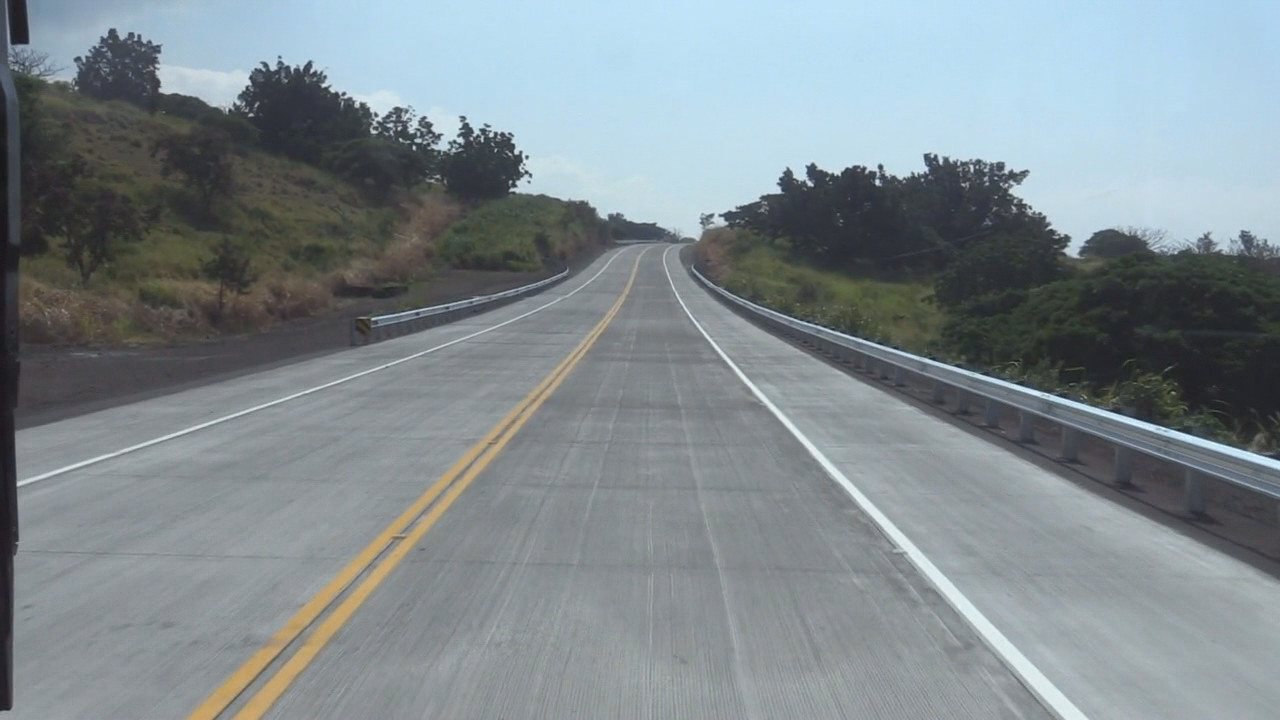 The new road, as seen aboard a trolley undertaking the inaugural trip across the southern segment.

SOUTH KONA – On Friday, the long-awaited, $27.9 million southern segment of the Māmalahoa Highway Bypass opened to the public.

The segment extends Ali’i Drive another 2.2 miles from Kealakekua to a new signalized intersection with Māmalahoa Highway in Nāpo’opo’o.

The community celebrated the completion of the decades-long project on Friday. Area kupuna took the first trip on the new road aboard a trolley.

Finishing the bypass was a top priority of Mayor Billy Kenoi. He and current Hawaii County Director of Research and Development John De Fries – who years ago was involved in the project as a part of the Hokulia development – recounted the arduous journey towards making the new road a reality during Friday’s event. 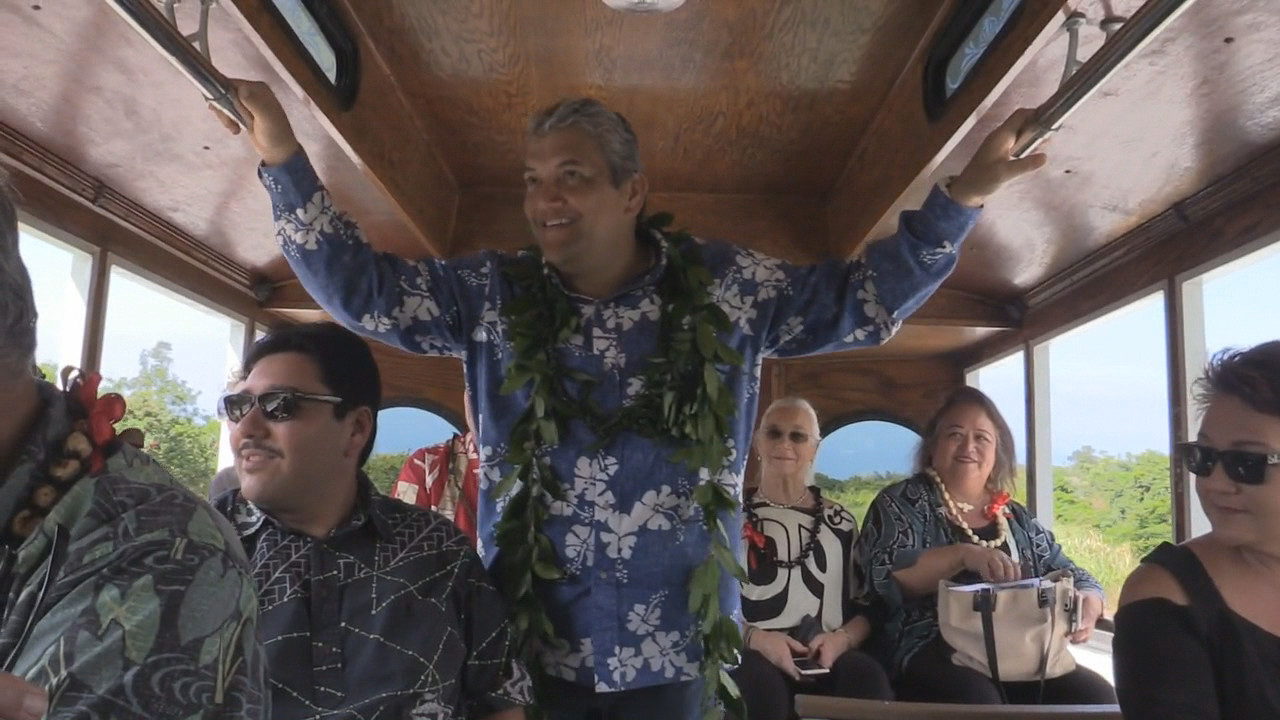 Mayor Kenoi smiles wide in the back of the trolley as it takes the first trip over the new bypass.

A large portion of the South Kona community works in either North Kona or South Kohala and commutes daily along Māmalahoa Highway, the county says. The two-lane bypass gives motorists an alternate route between North and South Kona.

Big Island Video News will have more on this milestone moment.

1960 – A Māmalahoa Relief Highway was first envisioned in “A Plan For Kona,” a document prepared with community input for the State Planning Office. The plan was transmitted to the Hawai‘i County Board of Supervisors, the predecessor of today’s Hawai‘i County Council.

1996 ­– In rezoning the area that would become Hōkūli‘a, County ordinances formalized the developer’s agreement with the community to complete the Māmalahoa Highway Bypass from Keauhou to Captain Cook.

1999 – The Environmental Impact Statement for the Māmalahoa Highway Bypass was completed. Developer 1250 Oceanside Partners broke ground on the Hōkūli‘a development, the first phase of which included the northern segment of the road.

March 2009 – Under a grant of easement in anticipation of dedicating the road to the County, the northern segment of the Māmalahoa Highway Bypass opened to limited traffic – one lane southbound from 3:30 – 6:30 p.m. on weekdays only. On March 10, the first day it was open, 650 vehicles took the drive from Keauhou to Kealakekua.

June 2010 – The Māmalahoa Highway Bypass between Keauhou and Haleki‘i Street opened to northbound and southbound traffic from 6:30 a.m. to 6:30 p.m., 7 days a week.

2012 – The northern segment of the Māmalahoa Highway Bypass and the .8-mile portion of Haleki‘i Street makai of Muli Street was dedicated to the County.

July 2014 – Ground was broken for the southern segment of the bypass. 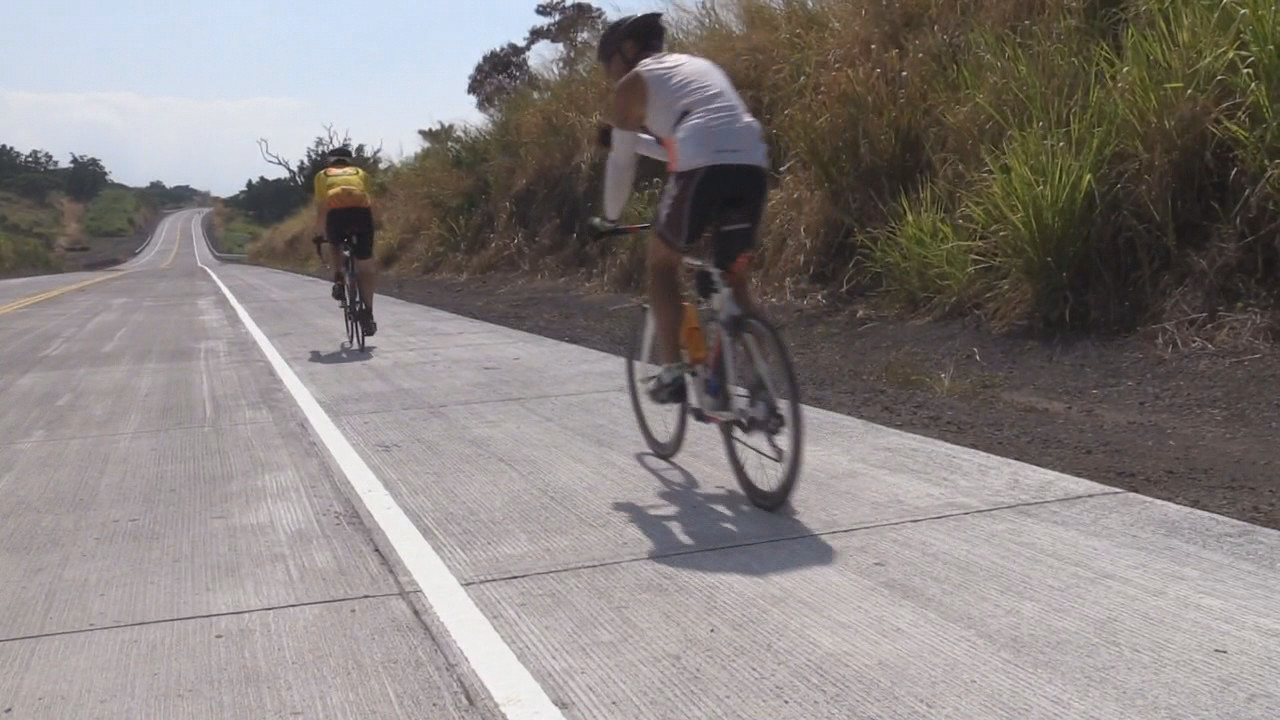 Cyclists ride over the newly opened road in South Kona.