HILO (BIVN) - Wille tells the Ethics Board that the mayor "is a Dr. Jekyll and Mr. Hyde" who is "is vengeful, retaliatory, and callous."

HILO, Hawaii – Outgoing Hawaii County councilwoman Margaret Wille read scathing testimony into the record of the Board of Ethics on Wednesday, sharply criticizing Mayor Billy Kenoi in the wake of the government purchase card controversy.

Mayor Billy Kenoi was found not guilty on criminal theft charges earlier this month. Yet despite the jury’s verdict, his entanglements related to his use of the pCard were not entirely over. The county ethics board was scheduled to hold a hearing on November 9, having delayed the matter until after the conclusion of Kenoi’s trial.

At Wednesday’s meeting, the ethics board arrived at an advisory opinion that the mayor violated the county code in his use of the pCard.

Councilwoman Wille is no political ally of Kenoi. The two have been at odds during their terms in office. In her testimony, she painted a harsh picture of the mayor’s attitude towards her and talked about his aggressive campaign against her reelection, which led – in part – to her loss to the Tim Richards in the primary election.

Wille was one of a few testifiers to speak out on the issue. She provided her written testimony to media present for the hearing, which we have re-produced below. 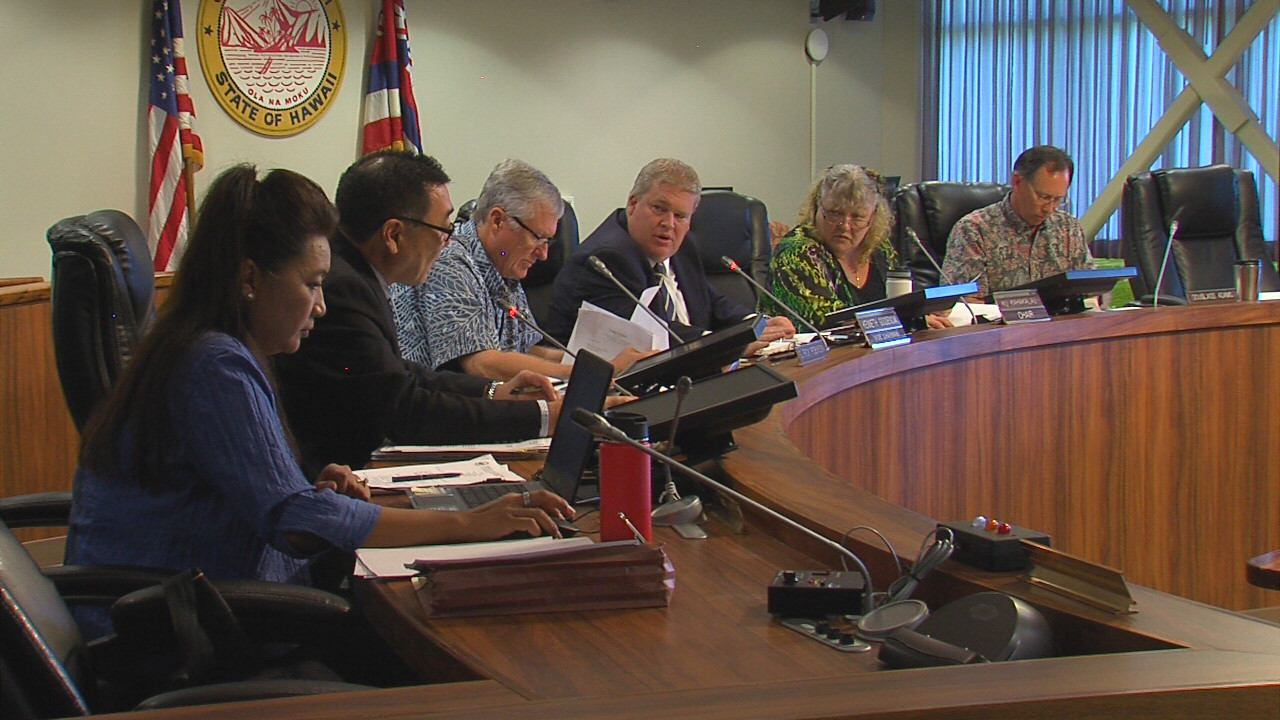 The Board of Ethics issued an advisory opinion Wednesday that probable cause exists that Mayor Billy Kenoi violated the county code.

TESTIMONY of MARGARET WILLE to the HAWAII COUNTY BOARD OF ETHICS
November 9, 2016

To date the Board has abdicated its responsibility in the Petition against Mayor Kenoi’s abuse of power with his P-card and county funds. You have instead chosen to kick the petition forward to a point in time that you can now say this matter is moot – given the change in circumstances with the person charged, since Mayor Kenoi is now leaving office. But that would be wrong – as this is the type of case that is capable of repetition yet evading review. This is your last chance to stand up for what is right and just and carry out your kuleana.

As stated the previous time I testified before you, and as Mayor Kenoi’s criminal defense attorneys said during his trial for theft, there is a different standard for determining wrongdoing in a criminal case which require a finding of specific intent, versus in the case of ethical standards, which only requires a finding that the charged party acted contrary to the County’s ethical standards.

The answer to the question whether Kenoi acted contrary to our County’s ethics code is really a no brainer. The substantive issue is the follow up question: Do you, now that the Mayor is about to leave office, have the authority to transmit the complaint to the Council with an advisory opinion recommending an appropriate punishment. The common sense response it that you as a Board do find Mayor Kenoi acted contrary to the county’s ethical standards; he is blameworthy; and there should be consequences for his wrongdoing.

Without a doubt Kenoi’s actions violated the Charter, including Ethical Standards 14-2(b) and (c). Lets take just instance – using his p-card for who knows whatever services at a Honolulu hostess bar. Certainly that alone is an activity (quoting from the Charter) “which might reasonably tend to be incompatible with the proper discharge of their official duties; and as well, using “their official position to secure special privilges, consideration, treatment or exemption to themselves beyond that which is available to every other person” (in violation of Hawaii County Charter subsections 14-2(c) and 14-2(b), respectively.

Assuming you have the common sense and integrity to agree that those sections of the Charter were violated, I suggest at minimum you recommend he voluntarily submit to community services, say for example, recommend he walk around the footpath of recently deceased good Samaritan Clifford Kopp and pick up trash along the highway.

In addition I would ask that he apologize for his flagrant abuse of power. He did say he was sorry – but for what – without specifying what the apology is for, it amounts to no more than an apology for getting caught. And concerning his bountiful use of alcohol don’t try to say it is no biggie – just part of the Island culture. Consider that earlier this year someone who appeared to be one of the Directors in his Administration was driving drunk on Saddle Road returning to Hilo from a Kona-side gathering in a county vehicle. The police were alerted by 911 calls long before the Vehicle reached Hilo. Yet, despite time to do so and the urgency conveyed, no police were dispatched to stop the life endangering drunken driving. Is that the kind of party alcohol culture you want to condone here on this Island?

Much has been said about what a good guy Billy Kenoi is and how much good he did, but that is not an answer to the question of whether his actions were unethical, blameworthy, and deserving of consequences.

In many ways Billy Kenoi is a Dr. Jekyll and Mr. Hyde – if you are on his team and “play ball” by agreeing that he is above the laws that all other government officials are subject to – then he is the warm and friendly mayor. But, on the other hand, if you are not willing to bend down to his whims and wishes, he is vengeful, retaliatory, and callous. As one of his Directors once said “I disagreed with him once, and never again”. He rewards those who acquiesce to his wishes and bullying, and he punishes those who do not. He rules as a dictator and I believe there are many out of fear of retaliation. It now comes as no surprise that the numerous journalists who did his bidding prior to being hired to their lucrative county jobs, now claim Kenoi did no wrong. Yet inconsistent with the claims that what he did was permissible, these staff members routinely participated in blocking public access to Kenoi’s actual expense reports and also did not require receipts for reimbursement.

When I first ran for council Kenoi aggressively campaigned against me – threatening locals who supported me “What are you doing helping that __ haole?” Once I was elected, he repeatedly refused my requests to meet with him about District 9 matters and in public acted in a rude and disrespectful manner. So, I can certainly appreciate why other council members and those in his administration – and perhaps you on this Board – are afraid of him.

If this Board now gives Kenoi a pass, there will be no closure – either for his constituents or for Kenoi himself. He will not only have been found to be above the law, but will also be unaccountable for his unethical conduct. So the question of the day is: will you use one excuse or another and likewise give him a pass, OR will you carry out the mission of this Board and transmit this complaint to the Council along with an advisory opinion, as is provided for in the functions of the Board set forth in the County Charter.