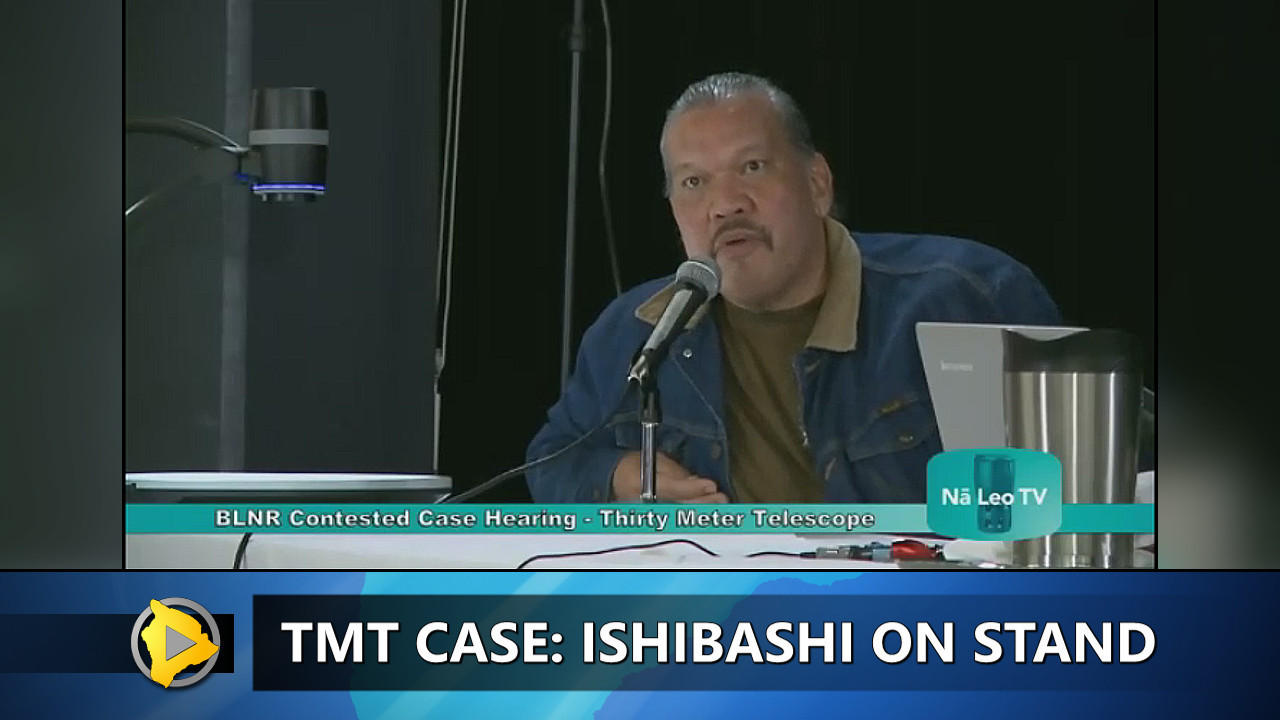 Wally Ishibashi – the senior advisor for the Office Of Mauna Kea Management – is a longtime supporter of TMT, dating back to his union days with ILWU Local 142.

He is also a Native Hawaiian who traces his genealogy to Poliahu.

The University of Hawaii is currently presenting its case for a conservation district use permit that will allow the $1.4 billion dollar observatory to be built on Mauna Kea.

University attorneys are putting a variety of witnesses on the stand to support their application. Those witnesses are also undergoing lengthy cross examination.

Ishibashi has been at odds with TMT opponents. He has also taken a hard stance against the recent placement of ahu on Mauna Kea, constructed at the time of the heated standoff on the mountain.

During cross-examination, petitioner Kalani Flores zeroed in on the state law, under which Ishibashi operates.

The TMT contested case hearing resumes next week, and is expected to continue into January.