KEALAKEHE (BIVN) - Three West Hawaii councilmembers give $3,333 each towards the monument to be built at the West Hawaii Veterans Cemetery. 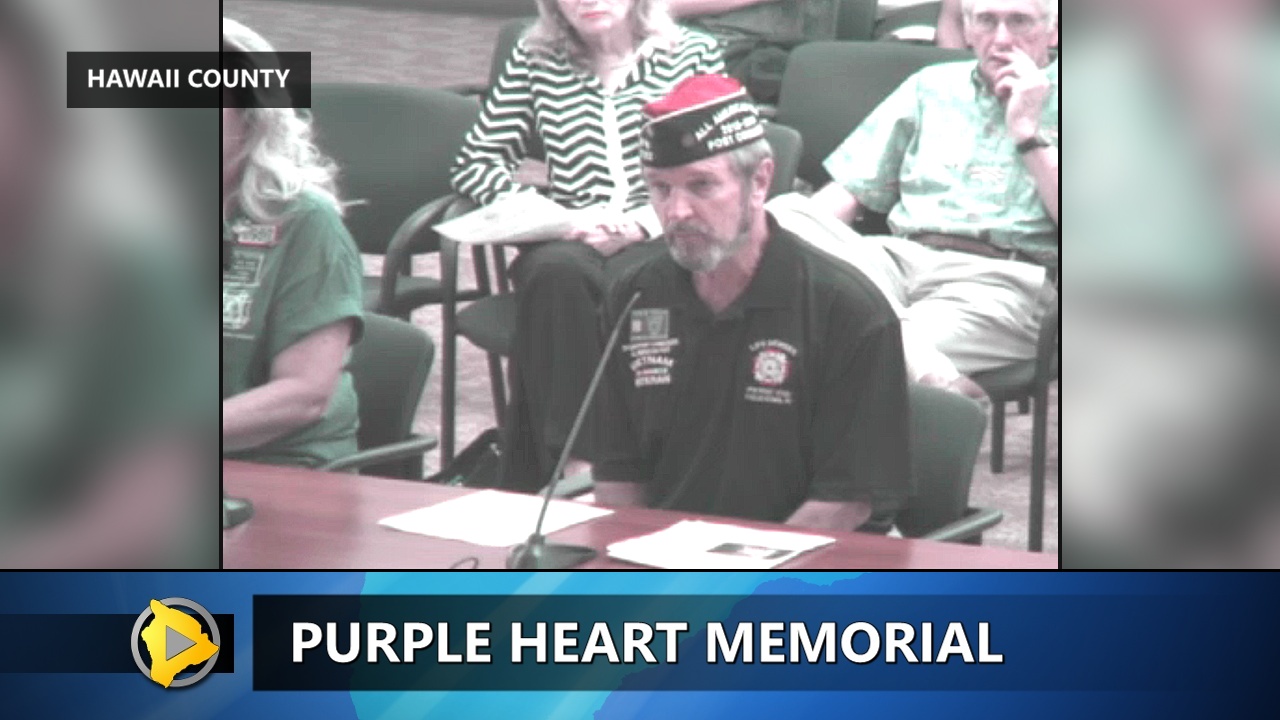 On Wednesday, the council approved three resolutions transferring funds from the Contingency Relief accounts of West Hawaii councilmembers Karen Eoff, Maile David and Dru Kanuha to the Department of Parks and Recreation in order to give the monument a boost. Each councilmember gave $3,333.

The appropriation was appreciated by John Grogan, president of the West Hawaii Veterans’ Cemetery Development and Expansion Association.

“On behalf of the Association, we thank you for considering those proposals,” Grogan said during public testimony.

He and others – like Tracy Bennedson, a Gold Star mother who lost her son, Robert, in Afghanistan – testified in favor of the measures.

“(Robert’s) a Purple Heart recipient and he’s buried up at West Hawaii Veteran Cemetery,” Bennedson testified through tears, “and it just means a lot to me and a lot of the veterans and families.”

Bennedson said the auxiliary “worked really hard to raise money on our own but this would be a wonderful opportunity – to help us out.”

Vietnam veteran Tony Montoya is himself a Purple Heart recipient. “I know a lot of guys that didn’t make it back,” he testified to the council. “As my hat states, all gave some. 58,279 – just from Nam – gave all. So we really appreciate it if you guys would back us on this Purple Heart memorial, and I’d appreciate it.”

“Thank you folks for being here today and for approaching us,” councilmember Karen Eoff said. “Especially me, that cemetery is in my district and I was really honored that I was able to help with the MIA-POW memorial. Only thing you didn’t mention in your testimony was that this monument will be on the other side (opposite the MIA-POW memorial), so when you approach up the hill, one is on one side and one is on the other. So it’ll be a really important feature to the cemetery.”

Eoff said the monument will be installed in time for the 100 year anniversary of the Purple Heart medal, “and we’ll plan something there at the cemetery, too, at that time,” she added.