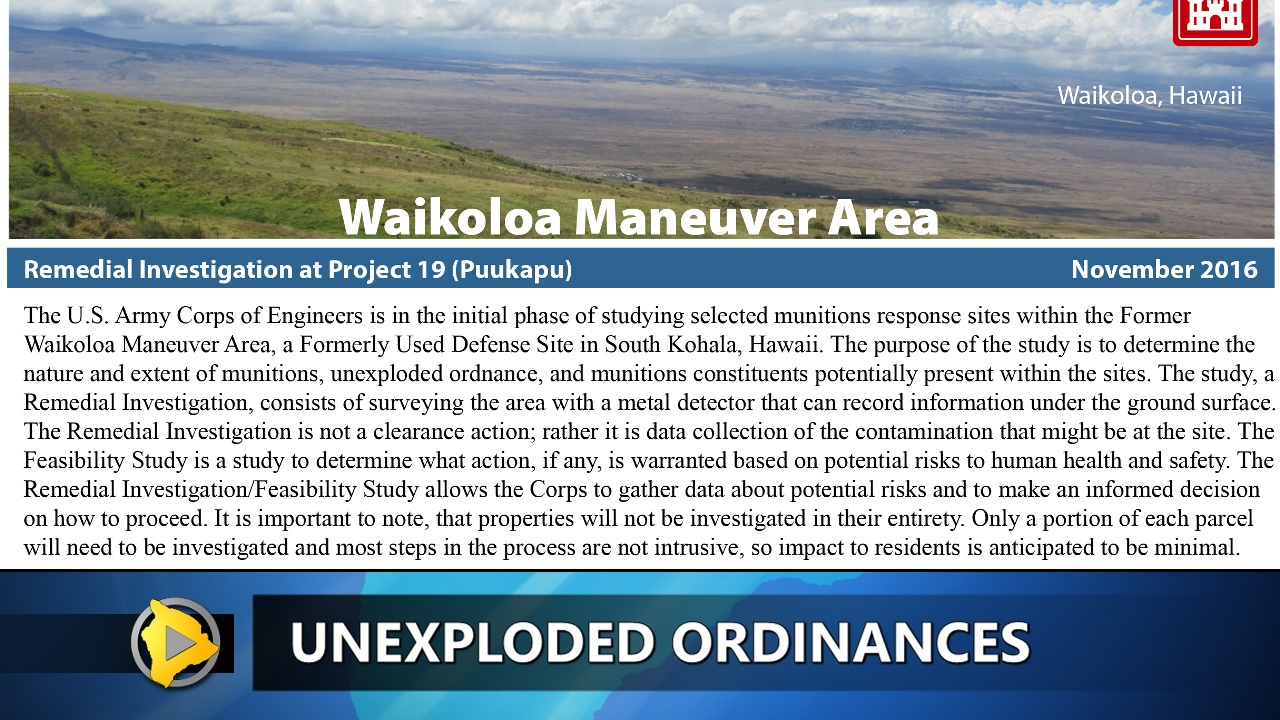 From the U.S. Army Corps of Engineers hand-out via DHHL

WAIMEA, Hawaii – Concerns over unexploded ordinances, or UXO, are impacting the development of Hawaiian Home Lands in the former Waikoloa Maneuver Area.

Hawaiian Homesteaders on DHHL lands in Waimea were given an update on UXO by the U.S. Army Corps of Engineers on Thursday.

“The Department is working with the Army Corps to identify all Trust lands affected with UXO,” wrote DHHL on its website prior to the meeting. “Right now, we know that Trust Lands in the former WMA include Puʻukapu; Kūhiō Village; Lālāmilo; and four lots in Kawaihae ma kai. Lands in Makuʻu Farm Lots were the former target site known as Popoki Target Area. Both areas were utilized by the U.S. Military during World War II.”

On Friday, DHHL’s Native American Housing Assistance and Self-Determination Act Manager Niniau Simmons made mention of the situation in Waimea during a community meeting in Keaukaha, where beneficiaries were having a conversation about seeking environmental justice in their communities. 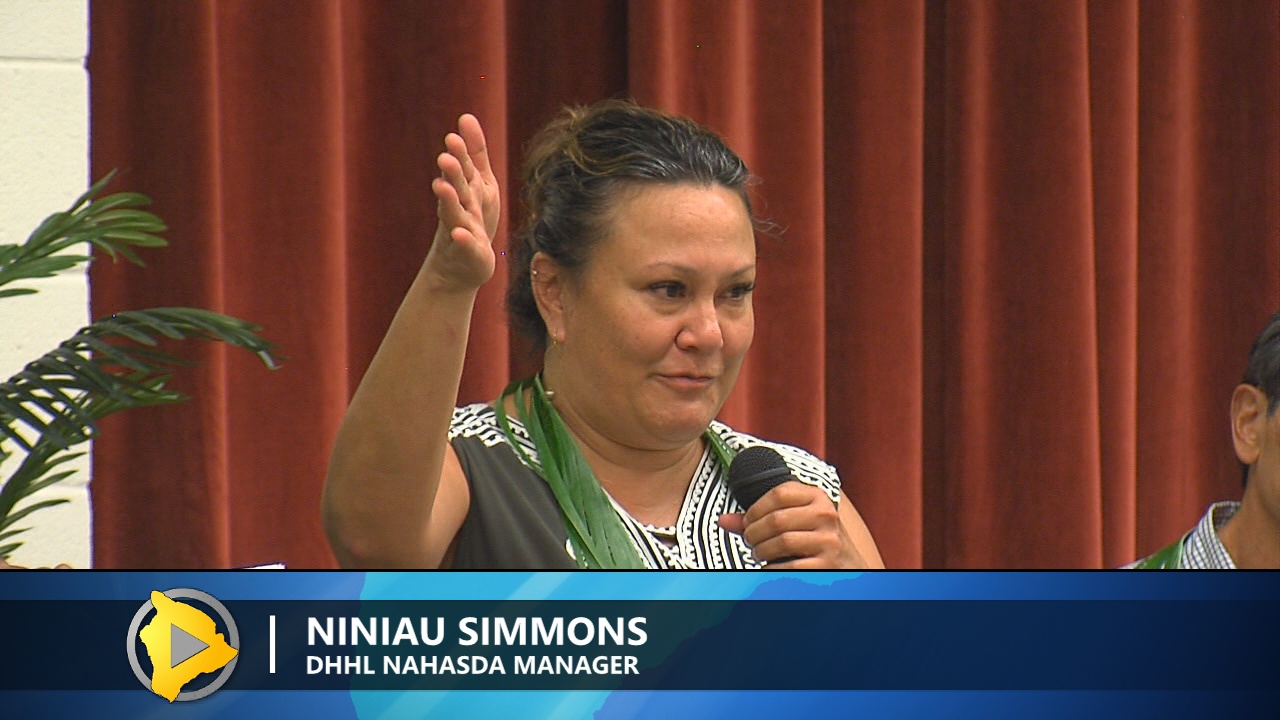