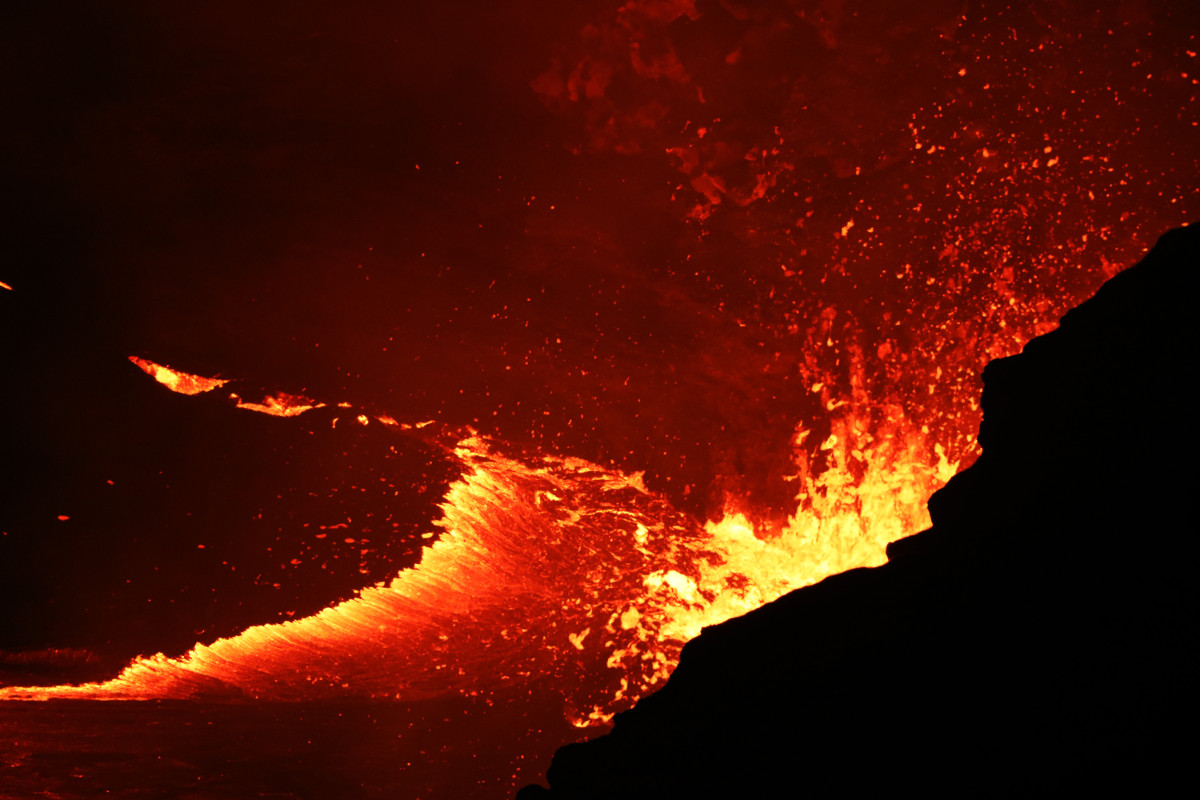 HAWAII VOLCANOES NATIONAL PARK - Two breakouts continue but with waning surface activity, while a flurry of shallow quakes were recorded last night closer to the summit.

USGS Hawaiian Volcano Observatory scientists say webcam views of the 61g flow field show “continuing but apparently decreased surface flow activity from breakouts closer to Puʻu ʻŌʻō and at the base of the pali noted in previous days.”

The Monday breakout on the east flank of Puʻu ʻŌʻō sent lava flows south and northeast, and poses no threat to nearby communities. 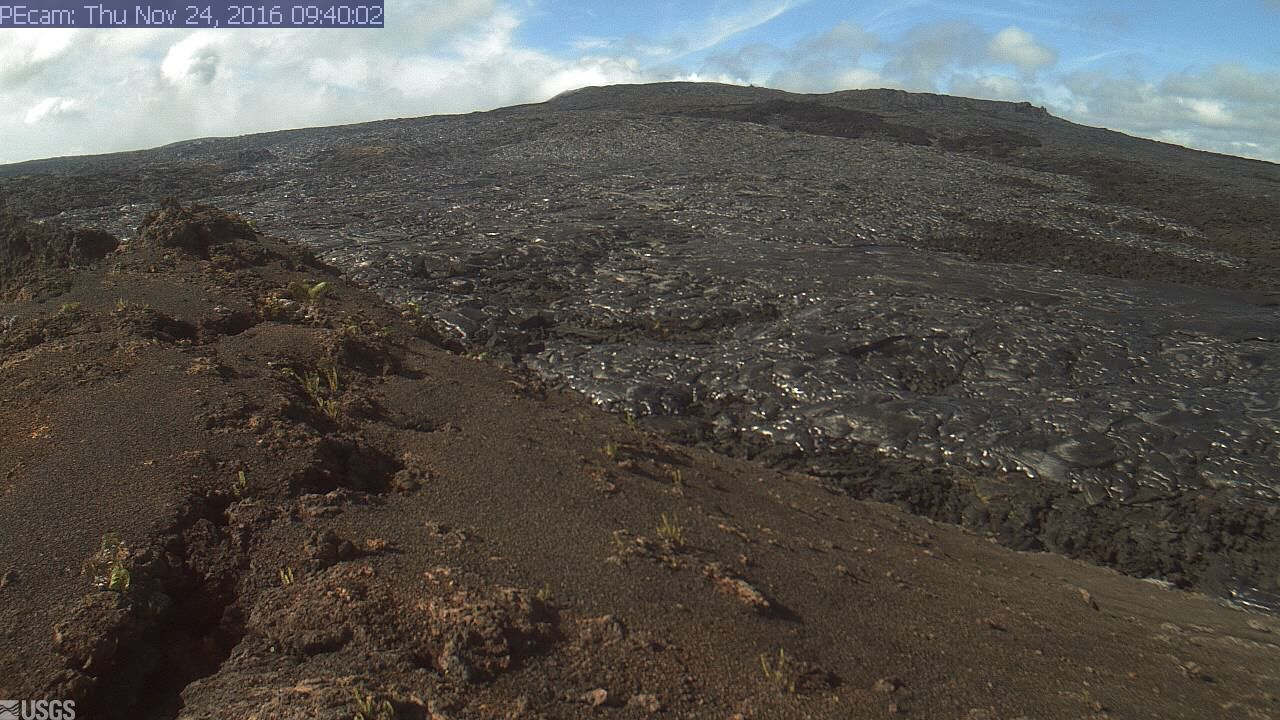 The lava from the 61g flow continues to enter into the ocean at Kamokuna, inside the national park on Kīlauea Volcano’s south coast. Activity at the ocean entry is concentrated on the eastern side of the delta.

At the summit, the lava lake within Halemaʻumaʻu remains high, rising in conjunction with inflationary tilt that began yesterday as part of summit DI-cycling. Occasional spattering, like that seen in the Nov. 13 USGS image at the top of the page, has been observed.

There was also an unusual burst of seismic activity near the summit. 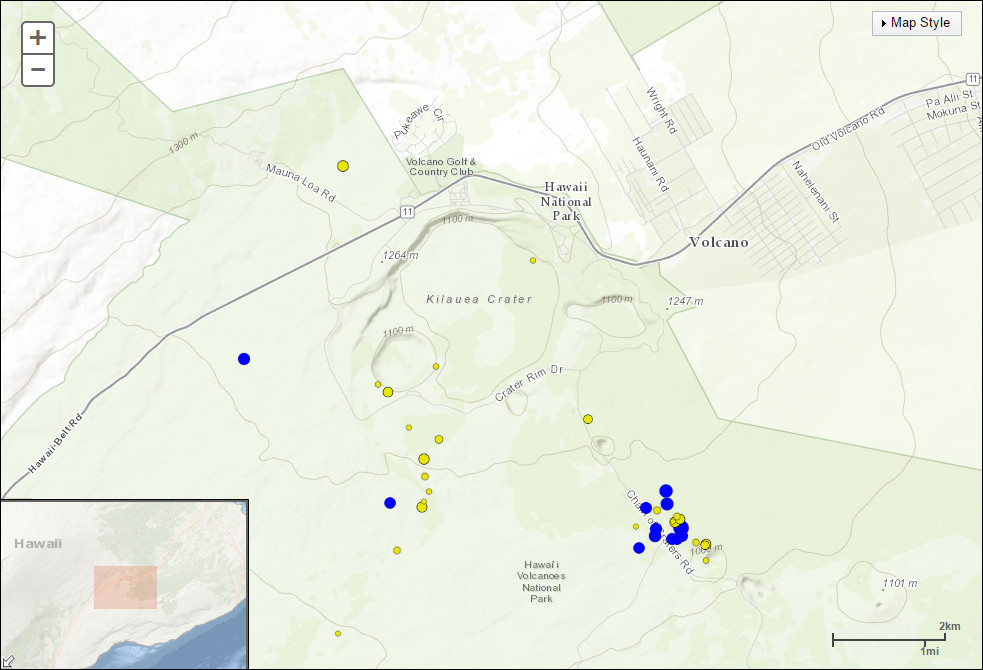 “A brief flurry of shallow microearthquakes was recorded early last evening in the vicinity of Devil’s Throat beneath the upper section of the Chain of Craters Road in Hawaiʻi Volcanoes National Park,” scientists reported this morning. “The largest earthquake in this sequence – at 8:23p.m. local time – was estimated at magnitude 2.8.”

“Seismicity continues, but rates dropped significantly following that earthquake,” the USGS added. “While registering on the network of nearby tiltmeters, there are no obvious effects from these earthquakes on activity as viewed via the HVO webcams.”