HAWAII VOLCANOES NATIONAL PARK (BIVN) - John Tarson of Epic Lava Tours recorded video of a new breakout at the base of Pulama pali, and shared a report from the flow field. 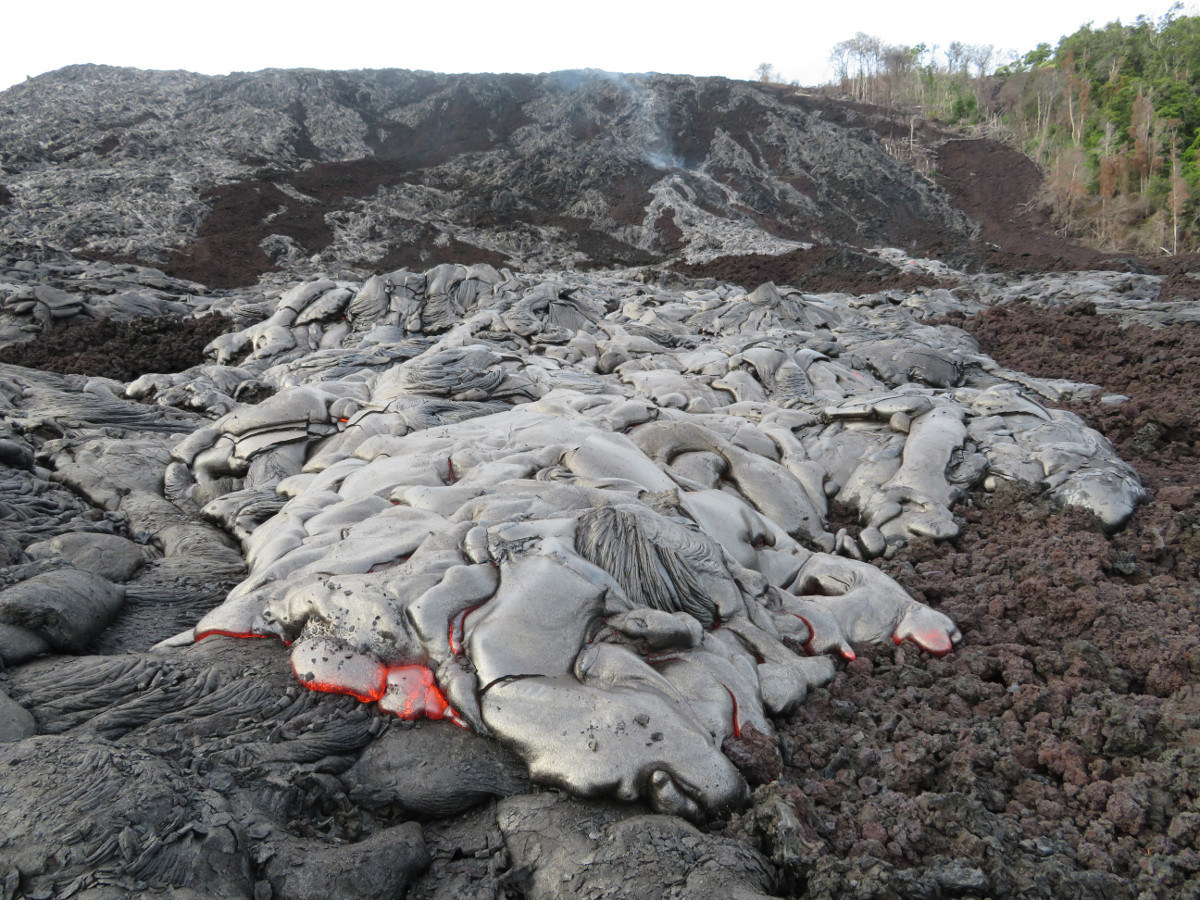 On November 23, “HVO geologists hiked across the 61g flow field to investigate this breakout at the base of the pali on Kīlauea Volcano’s south flank,” scientists said. “Toes of active pāhoehoe lava were slowly advancing on top of older ʻaʻā and pāhoehoe flows erupted earlier this year.”

HAWAII VOLCANOES NATIONAL PARK – Six months after the 61g lava flow first erupted from the flanks of Puʻu ʻŌʻō on the East Rift Zone of Kilauea volcano, activity continues of the flow field.

Lava from the 61g flow continues to enter the ocean at Kamokuna, scientists with the USGS Hawaiian Volcano Observatory. “Activity at the ocean entry is concentrated on the eastern side of the delta,” stated a morning activity report. “Prominent cracks in the surface of the relatively large eastern lava delta have been observed and suggest instability and an increased potential for larger collapse events.”

An upslope breakout that began on Monday morning closer to the base Puʻu ʻŌʻō remains active, scientists say.

John Tarson of Epic Lava Tours recorded video of a new breakout at the base of Pulama pali, and shared a report from the flow field. He noted a new skylight in the area, as well, which he says has since been roped off for safety.

“This is my morning on Thanksgiving,” Tarson told the audience on what also ended up being his 100th video update since the 61g flow began. “I want to say to everybody out there, thank you as well,” he said in the video, “I appreciate you watching.” 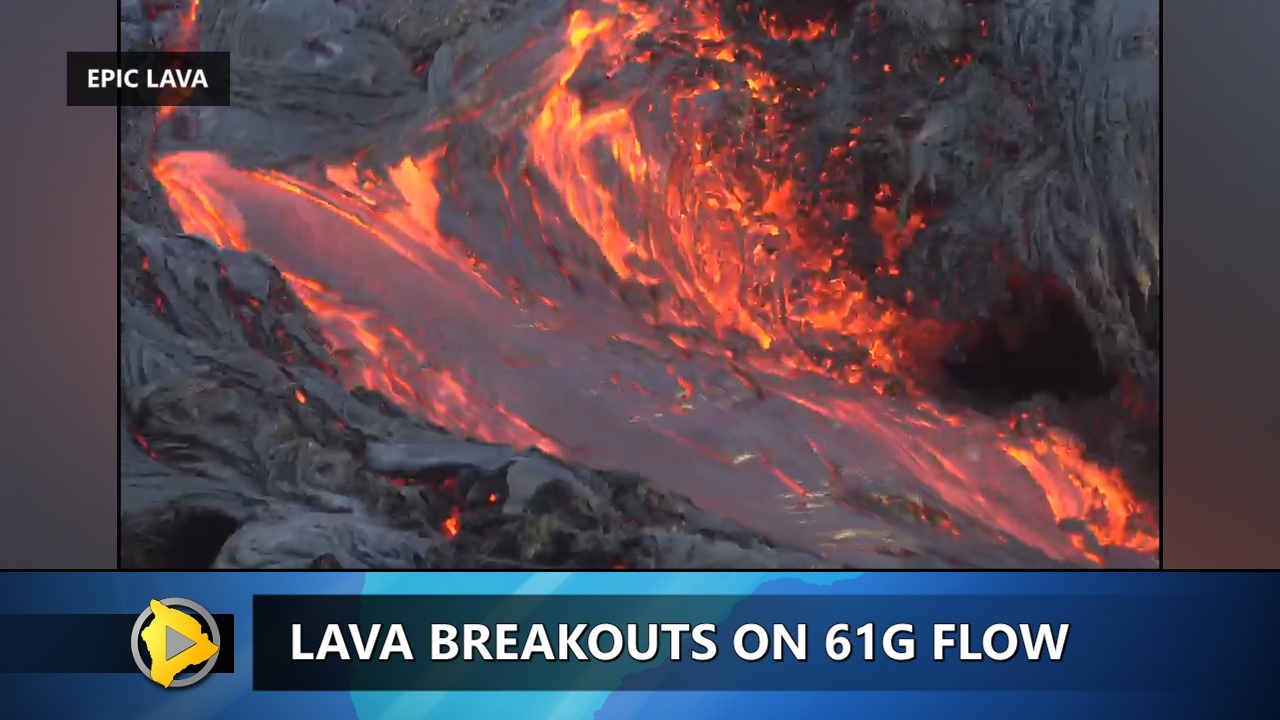 Close up of the lava flow taken by John Tarson of Epic Lava Tours.