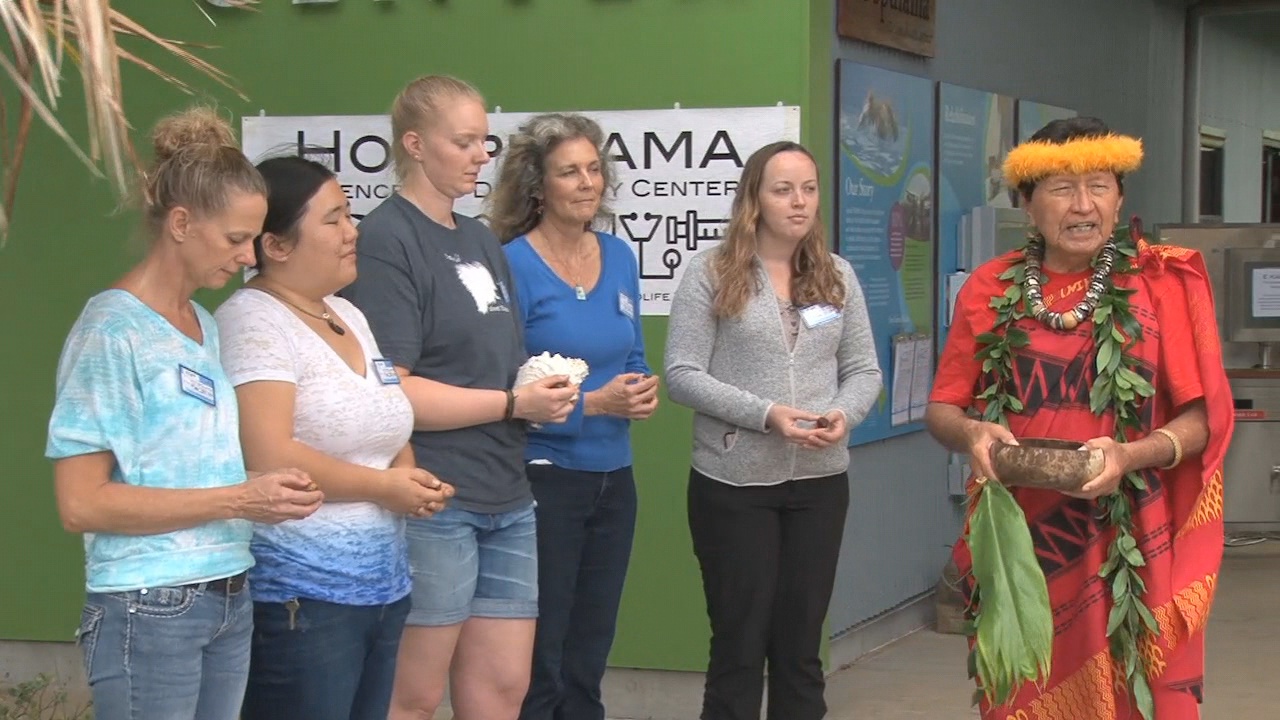 KAPA‘AU, Hawaii – North Kohala celebrated the opening of the Ho‘opūlama Science and Discovery Center at the Hawai‘i Wildlife Center on Saturday.

The new interactive space focuses on native wildlife rehabilitation, conservation, biology, and wildlife medicine. All of which are practices upheld by the Hawai‘i Wildlife Center hospital facility in Kapa‘au, which specializes in the care and protection of native Hawaiian birds and the Hawaiian hoary bat.

The Ho‘opūlama Science and Discovery Center was blessed before the opening by Kahu Kealoha Sugiyama and included a performance by Halau Na Kupuna O Kohala. Crafts and art projects were on display afterwards.

The Ho‘opūlama Project began in 2013. A master plan to display public exhibits at HWC was funded by grants from the Hawai‛i Tourism Authority, the Atherton Family Foundation, and the State of Hawai‘i.

“We’re excited to have more opportunities to connect students, community members, and visitors to our islands to the amazing diversity of native wildlife we have in Hawai‘i,” said Linda Elliott, President and Center Director of the Hawai‘i Wildlife Center, in a media release. “The celebration is also a extremely exciting for us because, in addition to opening this great educational resource to the community, we will also be celebrating the 5th anniversary of the Hawai‘i Wildlife Center wildlife hospital.” 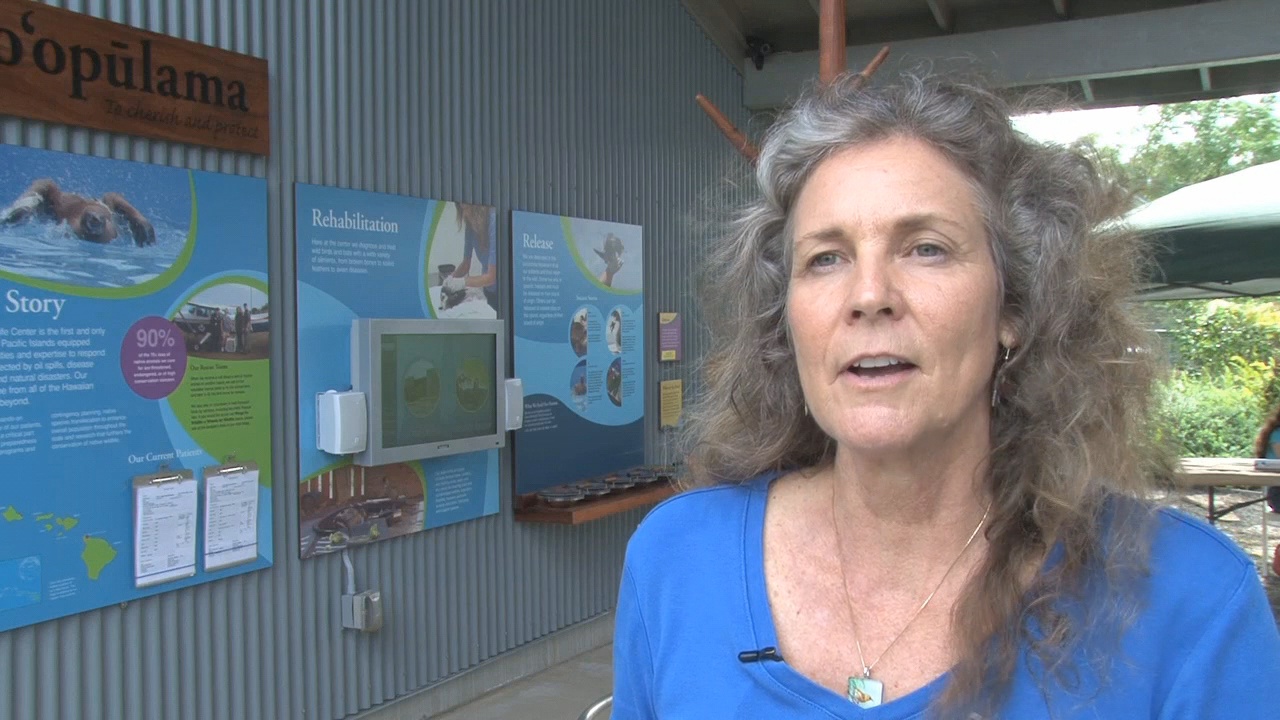 Mid-Pacific Institute graduate and HWC Development Coordinator Rae Okawa led the development of the Ho‘opūlama Master Plan for the exhibits alongside Ms. Elliott. “It’s amazing to finally see this first phase of the plan we’ve worked so hard on come to life,” Ms. Okawa said. “Interactive and engaging learning experiences had a huge role in my decision to pursue a career in science and conservation. It is my hope that these exhibits inspire and encourage other local students to pursue environmental and conservation sciences and see it as a challenging, fascinating, and rewarding professional path, like I do.”

According to HWC, fabrication of the fist phase of exhibits began in mid-2016.

Included in phase one is a exhibit wall that shares the story of the Hawai‘i Wildlife Center and takes visitors through the complex process of wildlife rehabilitation – including intake exams, stabilization, diet preparation, physical therapy, and decontamination. The exhibit wall also features an interactive touchscreen monitor that takes the user through a virtual tour of the Hawai‘i Wildlife Center wildlife hospital and allows visitors to watch the live feeds from the wildlife cameras in the HWC hospital facility as well as videos of past patients and releases. Also opening are exhibits on native Hawaiian honeycreeper evolution and adaptation, Native or Non-native bird discovery, Wildlife Patient Discovery, and ‘Aumakua.

Also featured in the new exhibits are bird sculptures by master craftsman Haruo Uchiyama. Mr. Uchiyama is world-renowned for his extremely detailed and realistic bird carvings and HWC staff members in charge of the project are thrilled to be able to incorporate his work. Nicknamed “teaching birds”, These bird sculptures are not only works of art, they are ambassadors for native species as well as teachers of evolution and adaptation in our islands. Generous teaching bird sponsors, who have contributed to the production and installation of individual bird models, have made many of the teaching birds in the new exhibits possible. Teaching bird sponsors include generous individuals, as well as the Hawai‘i Electric Light Company and Clean Islands Council.

The Ho‘opūlama Science and Discovery Center will be opened to the public Tuesday through Saturday from 9am to 3pm. Admission is free.


The November 2011 opening of the Hawaii Wildlife Center, 5 years ago. Video by David Corrigan, voice of Stephanie Salazar.