HAWAII VOLCANOES NATIONAL PARK (BIVN) - Fragments of molten lava were thrown up onto the rim of the crater, while the incident was recorded on video by USGS webcams. 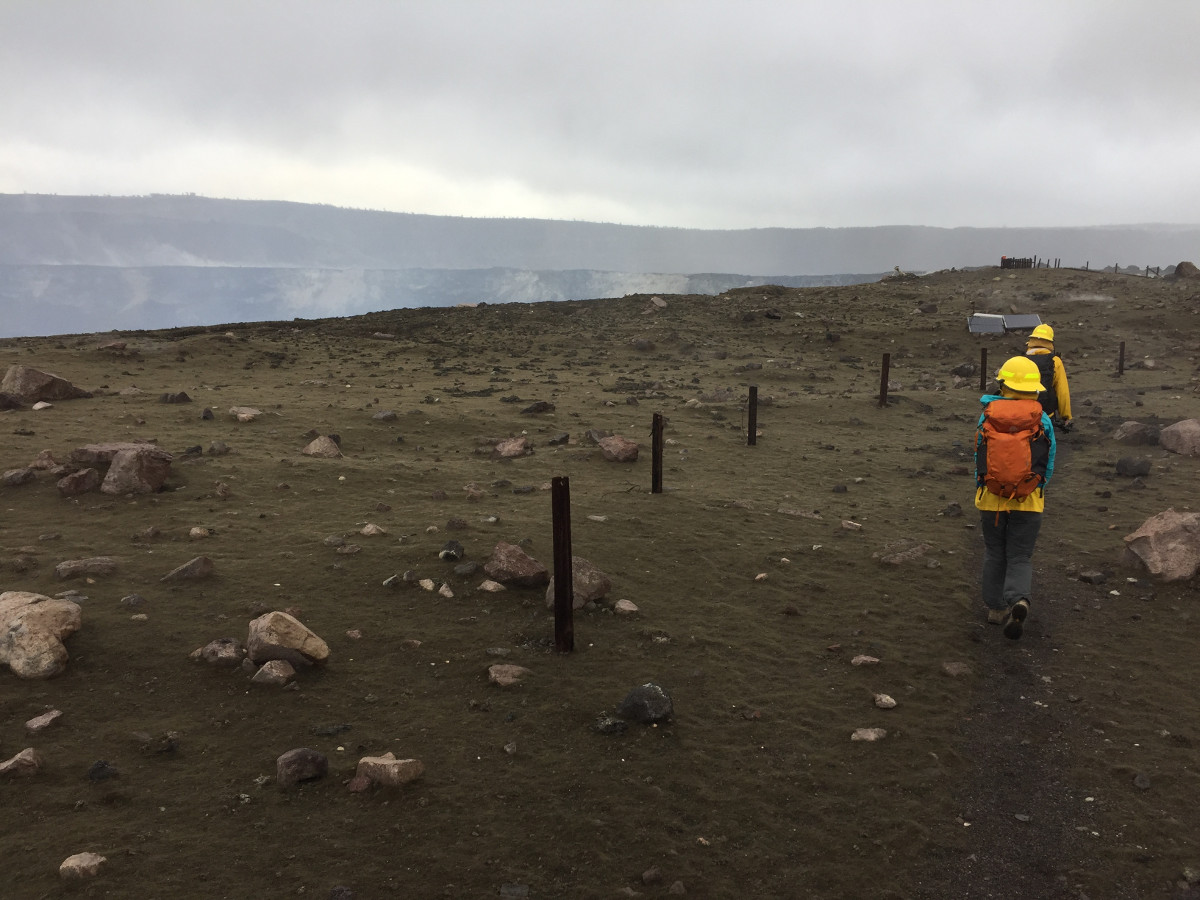 (USGS photo) HVO scientists visited the rim of Halemaʻumaʻu this afternoon (11/28) to collect samples of tephra and check for equipment damage. This view, taken on the approach to the Halemaʻumaʻu, shows the tephra deposit on the crater rim. New spatter is seen as dark lumps scattered across the center of the image on top of older brown-colored Pele’s hair.

Scientists with the USGS Hawaiian Volcano Observatory say a rockfall from the south wall of Halemaʻumaʻu Crater triggered a small explosive event in the summit lava lake at 11:59 a.m.

Fragments of molten lava were thrown up onto the rim of the crater. The incident was recorded on video by USGS webcams.

The spatter landed mostly to the west of the former visitor overlook, scientists report. “This area has been closed to the public since 2008 due to ongoing volcanic hazards, including explosive events like the one that happened today,” USGS wrote in an afternoon posting to its website. 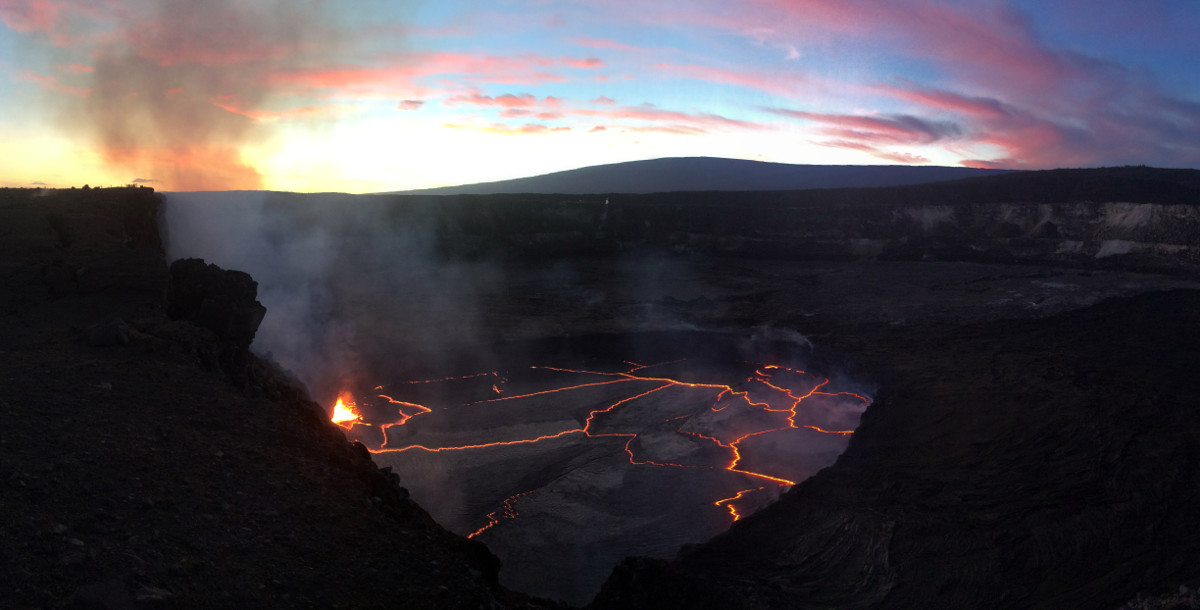 (USGS photo on Nov. 26, 2016) A clear evening provided good views of the lava lake within Halemaʻumaʻu Crater at the summit of Kīlauea Volcano.

The level of the lava lake remains relatively high, and was measured at 31 feet below the adjacent floor of Halemaʻumaʻu crater earlier this morning. Seismic tremor at the summit persisted throughout the day with small fluctuations in amplitude, USGS says, while summit inflationary tilt has slowed. 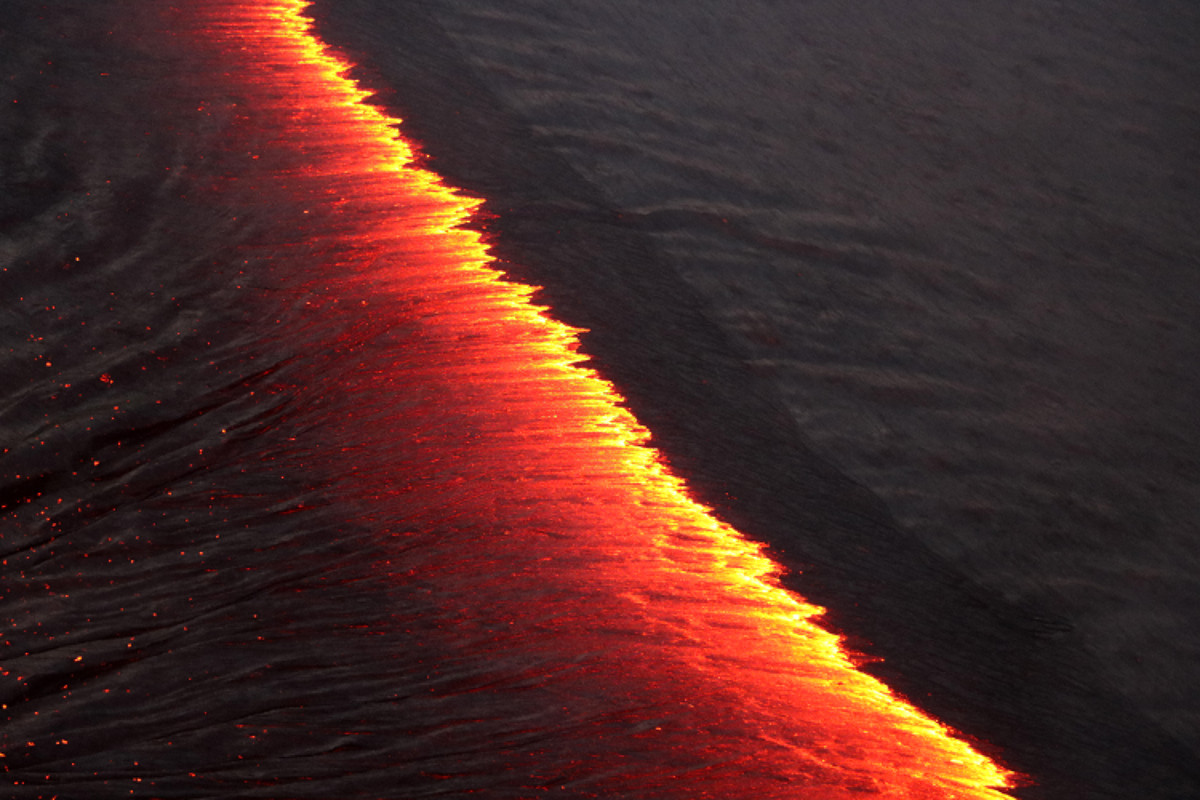 On the lava lake, the crustal plates on both sides of the incandescent line are migrating to the south, but the crust on the left side is moving more rapidly to the south than the crust on the right. As the semi-solid crust pulls apart, molten lava upwells between the two plates to create new crust. (USGS photo)