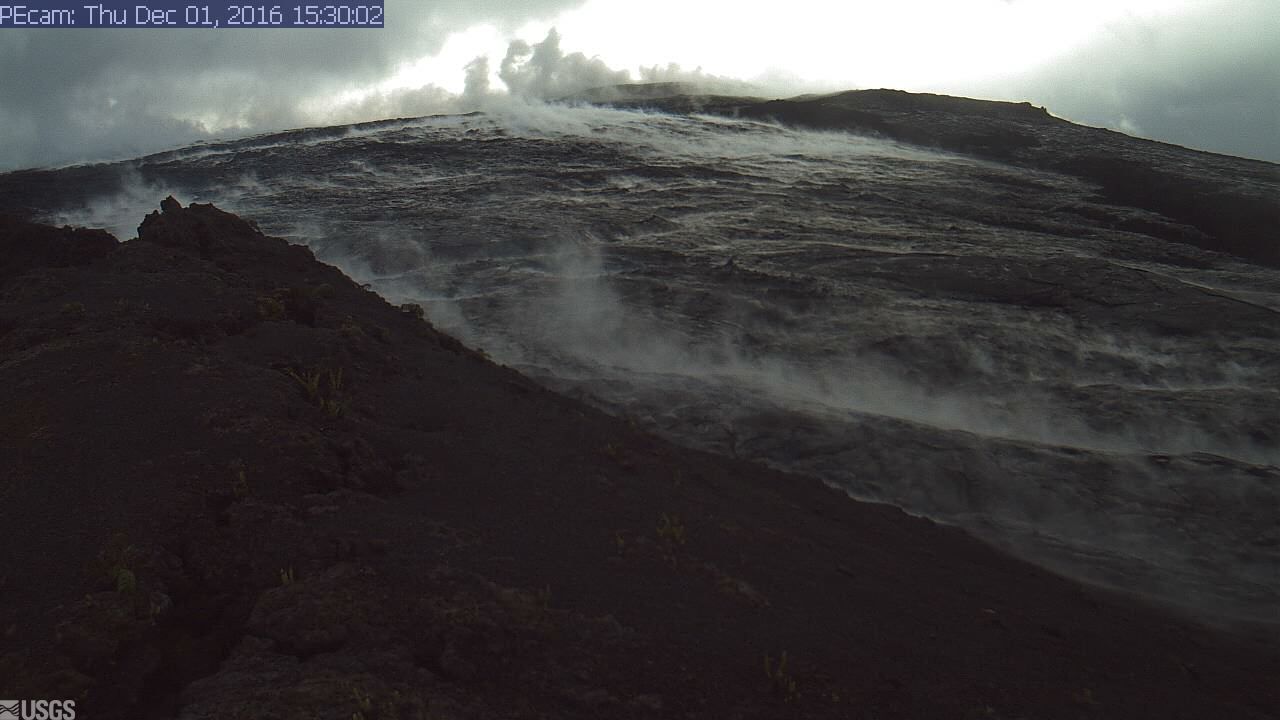 Another Lava Breakout Reported By USGS

HAWAII ISLAND (BIVN) - Scientists say this new breakout was still active at sunrise, having advanced a few hundred yards downslope, and joining the previous breakout that started in November 21.

HAWAII VOLCANOES NATIONAL PARK – A new lava breakout has joined a new branch of the 61g flow that broke out on the east flank of Puʻu ʻŌʻō on November 21.

The latest breakout emerged from the same vent at about 4 a.m. this morning, much like the November 21 breakout, scientists with the USGS Hawaiian Volcano Observatory reported. 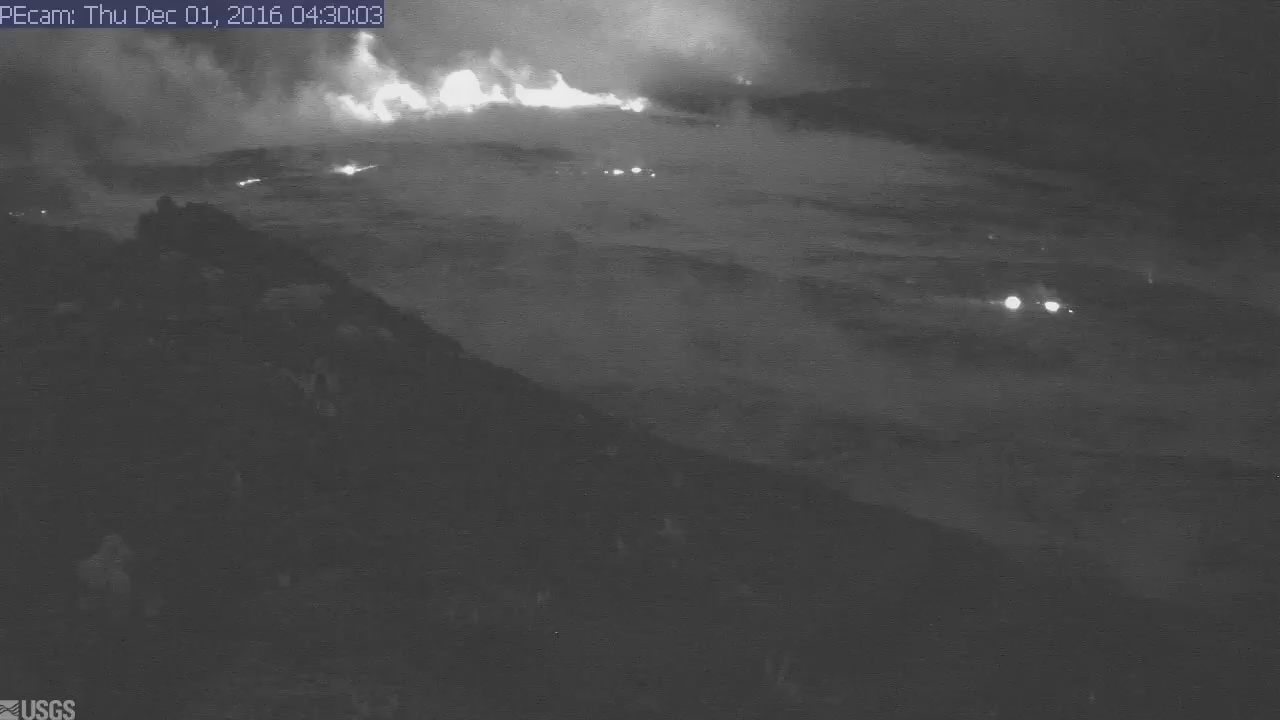 The (thermal) USGS webcam view shows the bright breakout as it appeared after 4 a.m. this morning.

The new breakout is sending more lava streaming to the east, and has joined the earlier breakout which is also still active, advancing slowly to east.

Scientists say this new breakout was still active at sunrise, having advanced a few hundred yards downslope, on top of existing 61g flows.

Lava also continues to travel through the original branch of the episode 61g flow, entering the ocean at Kamokuna, where activity has been concentrated on the east side of the delta. USGS reports a breakout near the base of the Pūlama pali, inland from the ocean entry, also remains active.

The 61g lava flows do not pose an immediate threat to nearby communities. 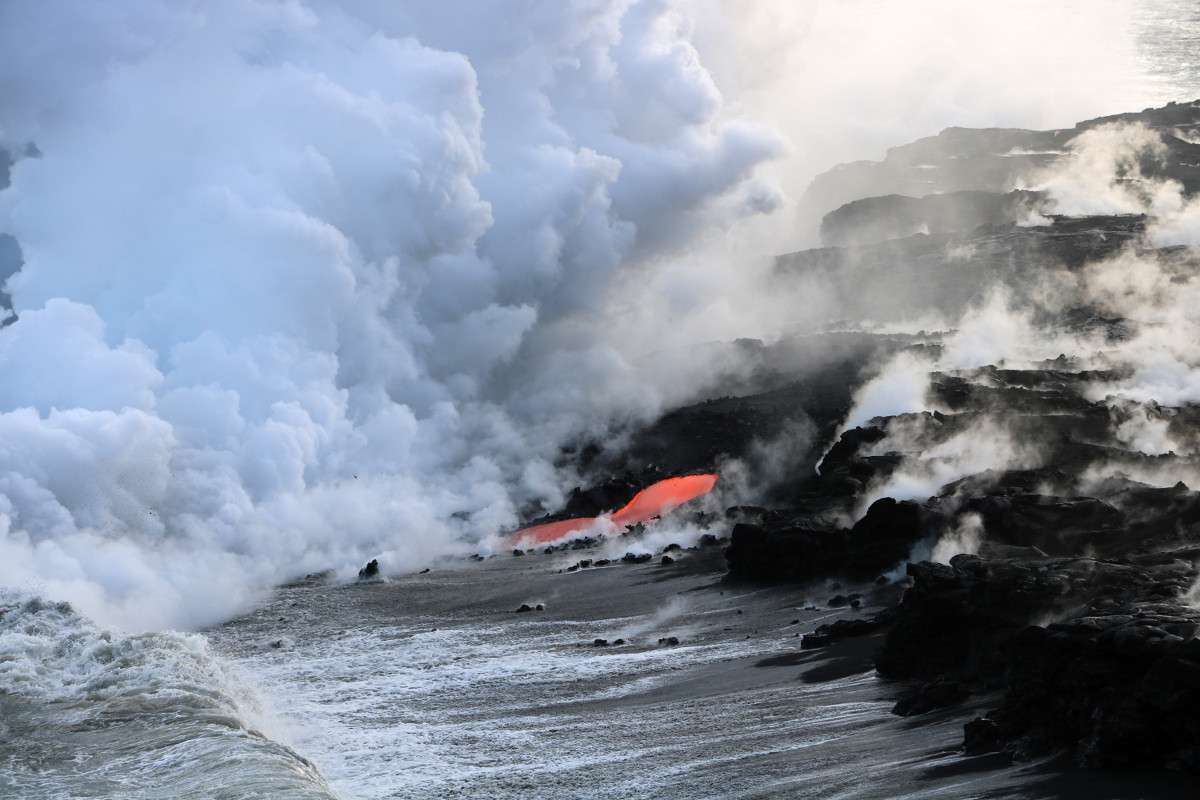 (USGS photo) A close-up of one of several streams of lava entering the ocean at the front of the Kamokuna lava delta on Kīlauea’s south flank. USGS notes that “the billowy white plume formed by the interaction of hot lava and seawater may look harmless, but it is a mixture of superheated steam, hydrochloric acid, and tiny shards of volcanic glass—all of which should be avoided.”