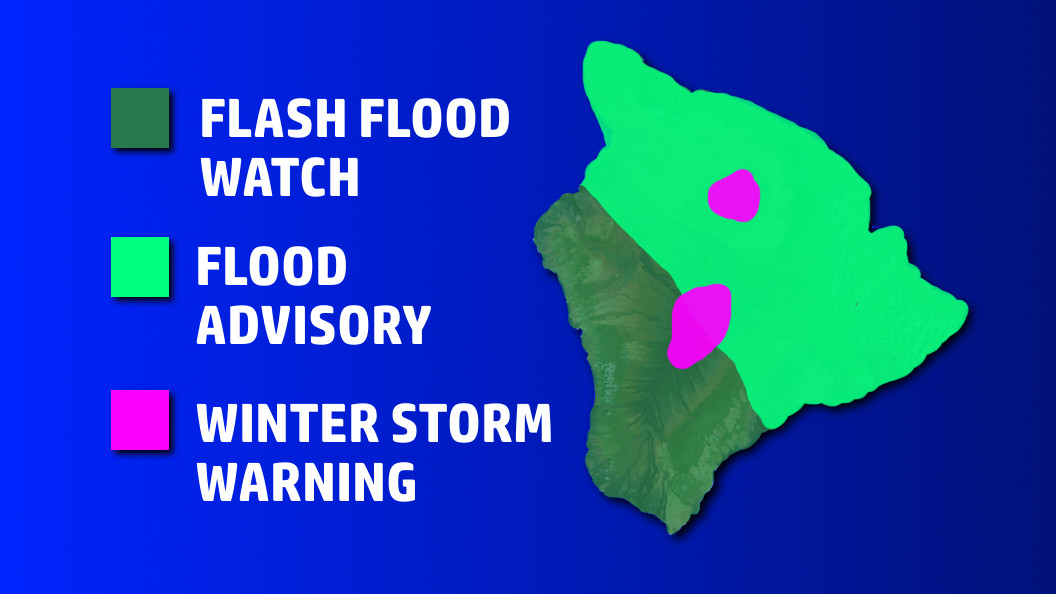 
HAWAII ISLAND – A Flood Advisory has been issued for north and east areas of Hawaii County, while the entire island remains under a Flash Flood Watch.

“Rain is expected to continue for the next few hours and additional thunderstorms – some with very heavy rain – are moving onshore in the Puna district,” forecasters said. “Streams will continue to rise and low lying and poor drainage areas may start to develop flood problems in the next few hours.”

A message was issued this morning by Hawaii County Civil Defense, stating that “due to the flash flood watch the following are issued: residents in flood prone areas are asked to be prepared for and be on the lookout for flood conditions. Motorists should drive with caution and be on the alert for ponding and debris on the roadways. Be aware that road closures can occur without warning.”

The upper level low moving over the area and a surge of moisture moving in from the southeast has also triggered a Winter Storm Warning for Big Island summits, bringing bursts of heavy snow to the tops of Mauna Kea and Mauna Loa.