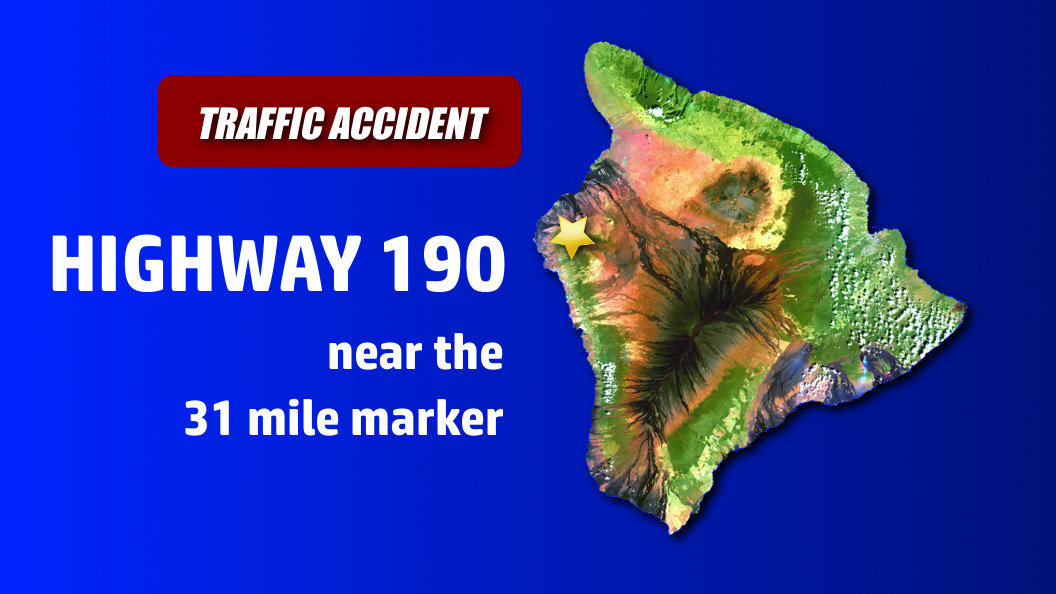 Highway 190 Closed Due To Traffic Accident

NORTH KONA (BIVN) - The highway is expected to be closed for approximately four hours, police say. Traffic is being re-routed.

UPDATE – The Hawai’i Police Department reported that Highway 190 near the 31 mile post in North Kona opened at 8:40 p.m. Thursday eveing. “This roadway was previously closed due to an earlier traffic accident,” police stated, “which later involved several agencies due to the complexity of the accident which caused additional delays.”

Hawaii County Police Department report the closure is south of the Makalei Golf Course Road, near the 31 mile marker. The highway is expected to be closed for approximately four hours.

Arriving on the scene, fire crews found a “semi dump truck with a full load of gravel that T-boned an SUV.”

Fire crews say both vehicles ended up off the roadway, and that the two people in the SUV were dead on arrival. The driver of the dump truck had gotten out of the vehicle and was transported to Kona Community Hospital.

The cause is under investigation, fire officials say.

Hawaii County Civil Defense says all Kona bound traffic coming in from the north should take the Waikoloa Road down to Queen Kaahumanu Highway to reach their destination.

The Hawaii Police Department thanks the public for their patience and understanding.