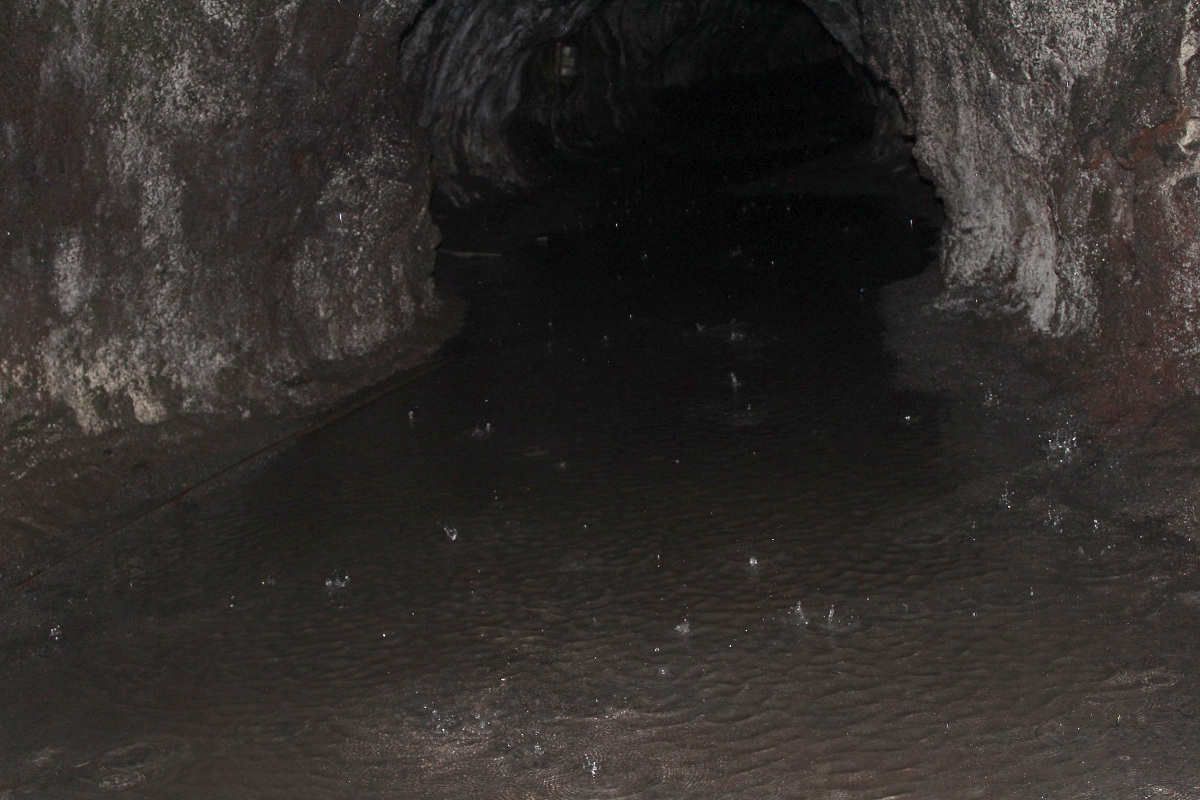 HAWAII VOLCANOES NATIONAL PARK (BIVN) - The landmark Thurston Lava Tube, as well as the HVNP Kahuku Unit, are closed due to impacts from heavy rainfall. 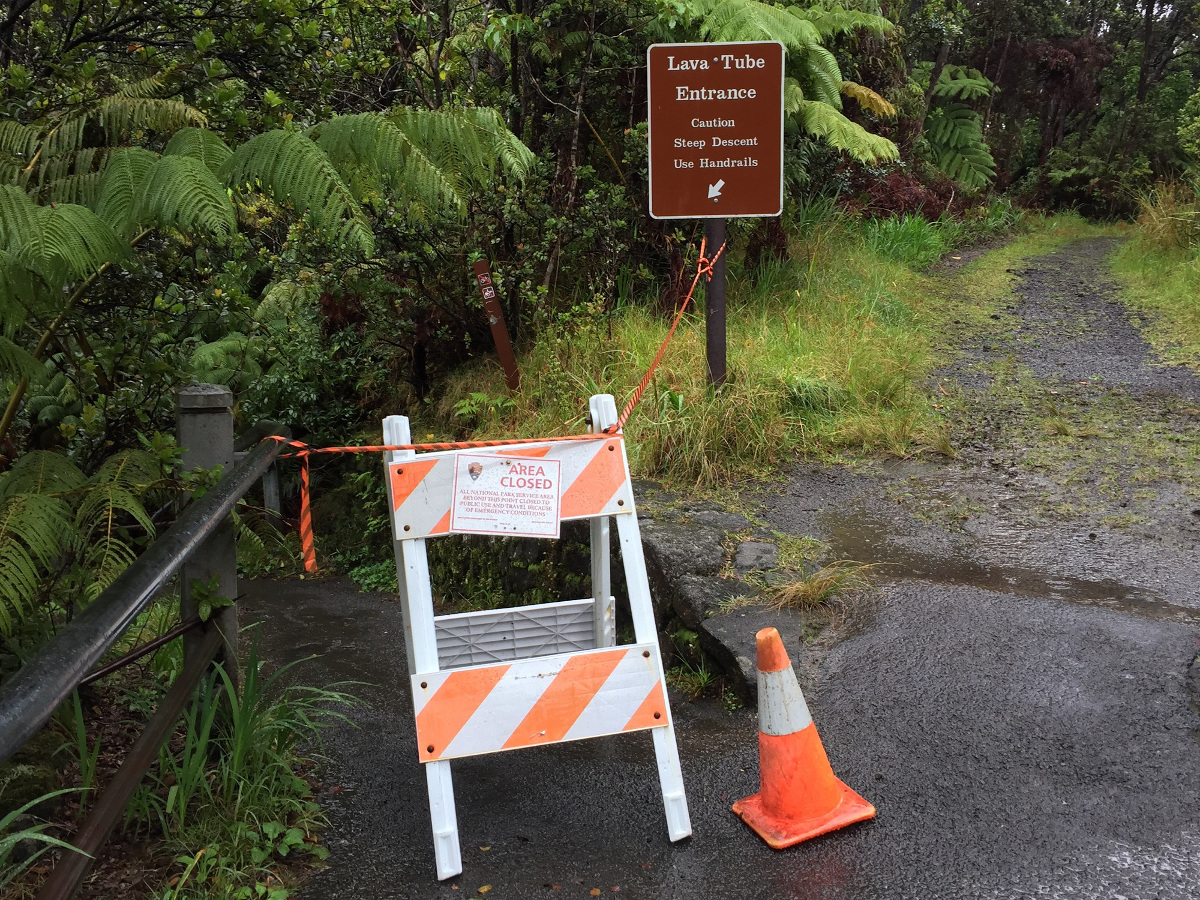 A closure sign at the entrance to Nāhuku (Thurston Lava Tube)/NPS Photo.

HAWAII VOLCANOES NATIONAL PARK – Heavy rains flooded out the Thurston Lava Tube within the Hawaii Volcanoes National Park on Friday, covering the electrical conduit system and shutting the power off on the popular visitor attraction.

It was one of a number of National Park closures brought about by the soaking weather. 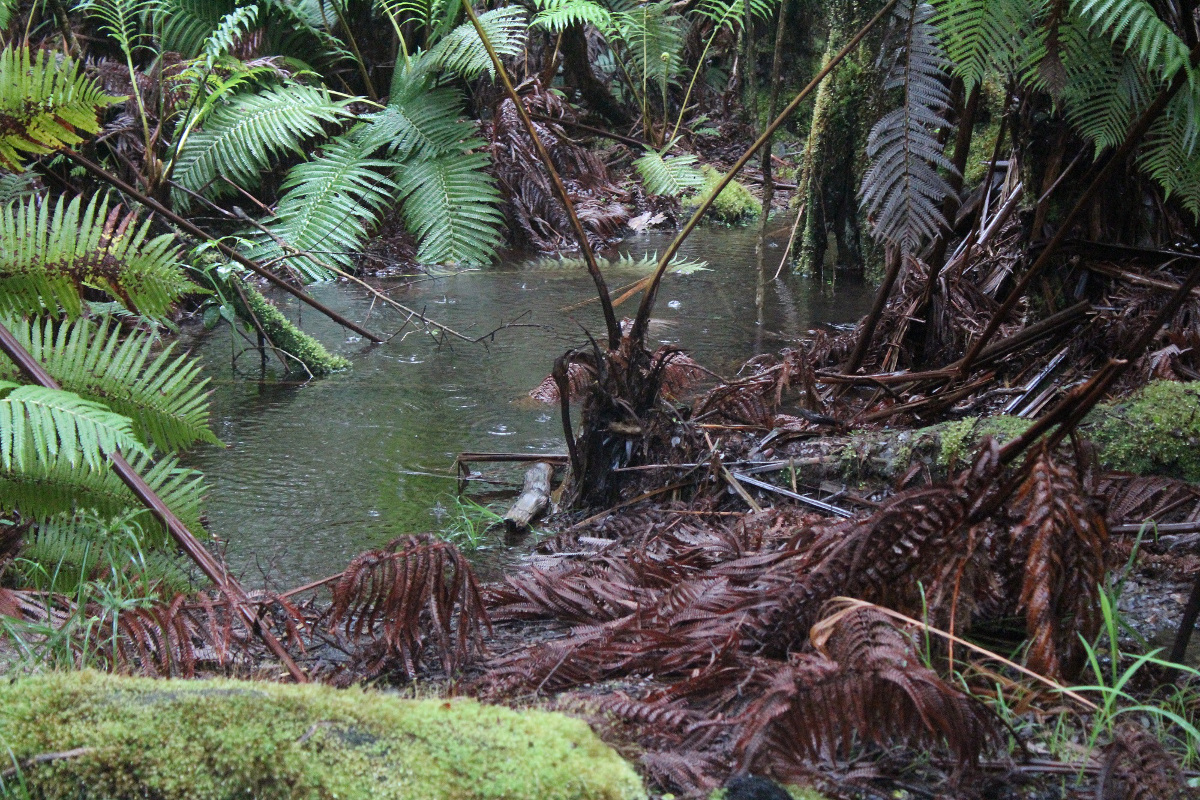 Rainwater ponding along the rainforest trail at Nāhuku. NPS Photo

The Kahuku Unit in Ka’u is also closed due to weather impacts.

The Kahuku Unit is usually open on Fridays, Saturdays and Sundays, but instead was closed for the day on Friday morning due to flooding and a road closure on Highway 11. Staff will reassess conditions Saturday morning, and determine if Kahuku will open for the weekend, the National Park Service says.

The same weather system also brought snow to the summit of Mauna Loa, which is also under Hawaii Volcanoes National Park management. Due to the Winter Storm Warning, a summit closure was put into effect above the Red Hill (Pu‘u‘ula‘ula) Cabin.

Hikers can still obtain a backcountry permit to hike to and stay at Red Hill Cabin, the National Park Service says, but backcountry permits to areas above 10,000 feet are suspended and day hiking is prohibited. Hikers going to Red Hill will be advised during the permit process to proceed with caution and carry appropriate gear.

After a brief cancellation this afternoon, the Winter Storm Warning was reinstated for Hawaii summits this evening. More snow is expected, possibly a few feet deep.

“Park rangers will constantly monitor the roads and destinations within Hawai‘i Volcanoes National Park during this storm, and additional closures may be warranted,” said Chief Ranger John Broward.

NOTE on TOP PHOTO: The floor of a dark Nāhuku flooded with rainwater Friday afternoon, with the power off./ NPS Photo