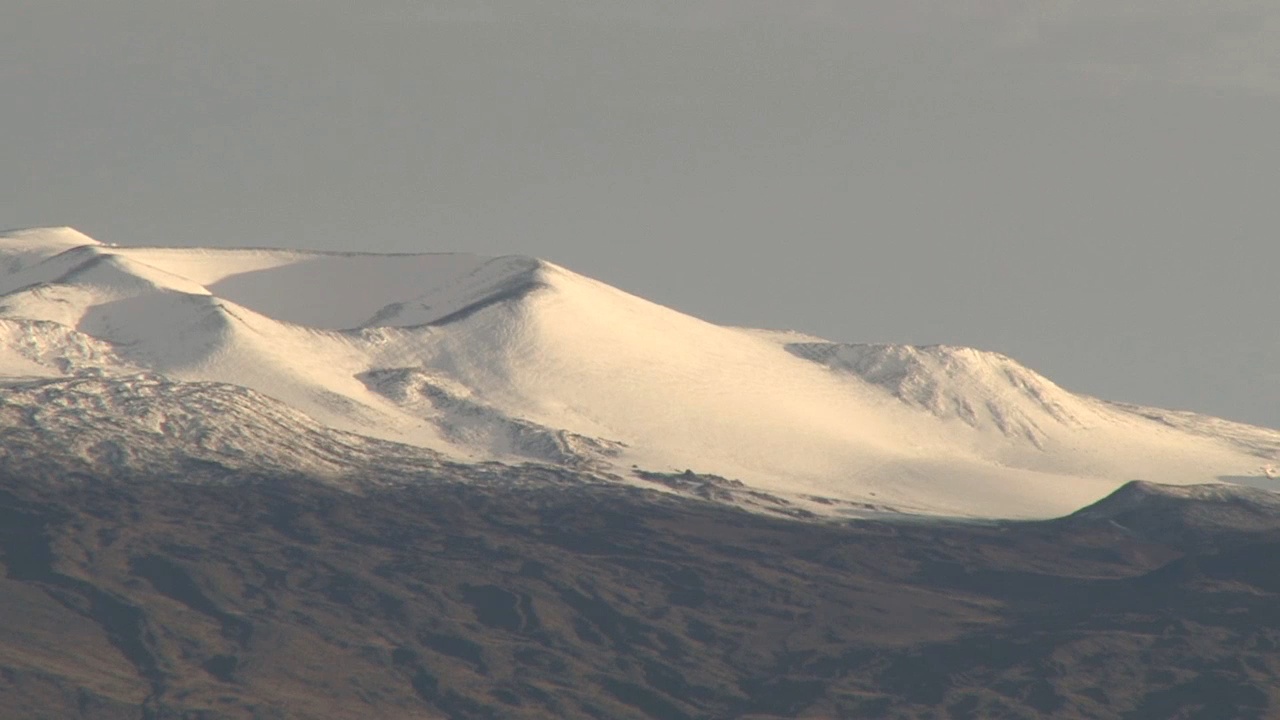 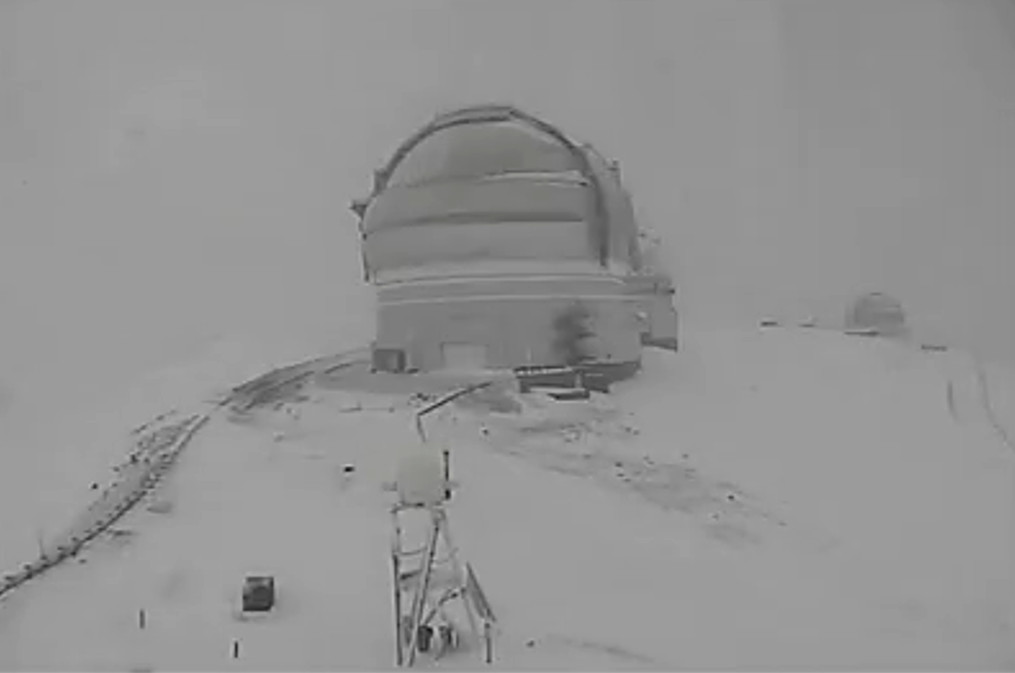 MAUNA KEA, Hawaii – The summits of Hawaii Island’s volcanic mountains are already covered in deep snow, and more is likely to be on the way.

After that, a Winter Storm Watch is expected to take in effect from Sunday morning through late Sunday night.

There will be heavy snow and low visibility, forecasters say.

“There is also a possibility for convection in the area,” wrote Mauna Kea Weather Center forecaster Ryan Lyman at 5 p.m. Friday, “as well as periods of blizzard-like conditions at the summit at virtually anytime, but particularly through sunrise tomorrow, for Sunday night and perhaps again around Tuesday. Long term outlook suggests that these bad wet/icy conditions could persist into next weekend…”

The weather has had an impact on the observatories. Andrew Cooper, a W.M. Keck Observatory employee who publishes the Darker View astronomy/photogtaphy blog, called it “the heaviest snowfall we have seen in many years atop Mauna Kea.”

Cooper reported the summit crew could not make it to the summit for the second day in a row, and that efforts to clear a path were futile as snow buried the road as soon as it was removed.

The road to the summit of Mauna Kea remains closed to the public at the Visitor Information Station.

Driving and hiking conditions will be dangerous due to heavy snow, blowing and drifting snow and freezing fog, forecasters warn.

Winds are south at 10 to 20 mph with higher gusts, and temperatures are expected to be in the mid-20’s to lower-30’s. Visibility will be below one quarter mile at times.

A closure is also in effect for the summit of Mauna Loa, above the Red Hill (Pu‘u‘ula‘ula) Cabin. “Hikers can still obtain a backcountry permit to hike to and stay at Red Hill Cabin,” the National Park Service stated in a media release, “but backcountry permits to areas above 10,000 feet are suspended and day hiking is prohibited. Hikers going to Red Hill will be advised during the permit process to proceed with caution and carry appropriate gear.”