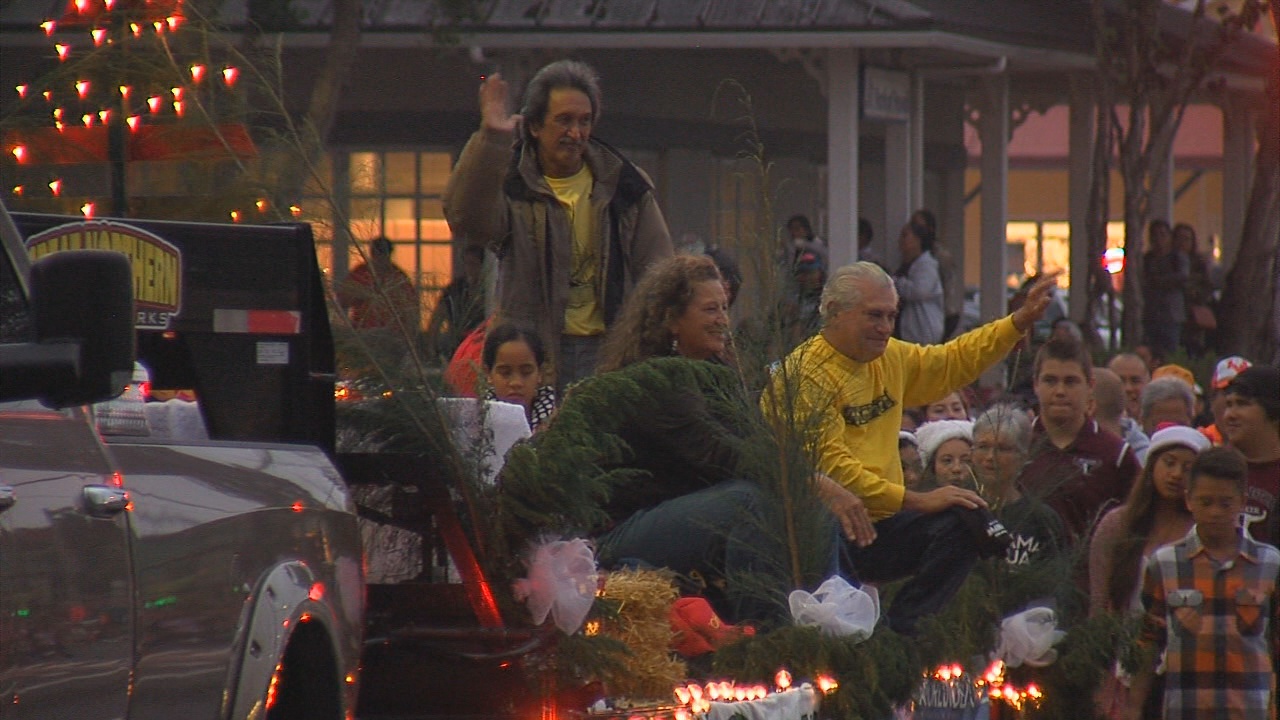 This year’s Grand Marshall was revered PWO Navigator Milton “Shorty” Bertlemann of Waimea. “Shorty” apprenticed for 32 years with Papa Mau Piailug, starting in 1975 on the Hokule’a, and he co-founded Na Kalai Wa’a with Waimea’s voyaging ‘ohana. He has served as navigator, captain and educational leader on numerous voyages on the Hokule’a and Makali’i and supervised building of the Alingano Maisu voyaging canoe that was gifted by Na Kalai Wa’a to Papa Mau, organizers say.

Bertlemann’s float was surrounded by children from most Waimea schools who will be sharing the traditional voyaging chant, “Malana Mai Ka’u,” written by Queen Emma, which likens Moku O Keawe (Hawai’i Island) to a canoe, organizers say.

As per Waimea tradition, the event supports Big Island Giving Tree’s outreach programs “to be sure the community’s children, kupuna (seniors) and all others are remembered during the holidays.”