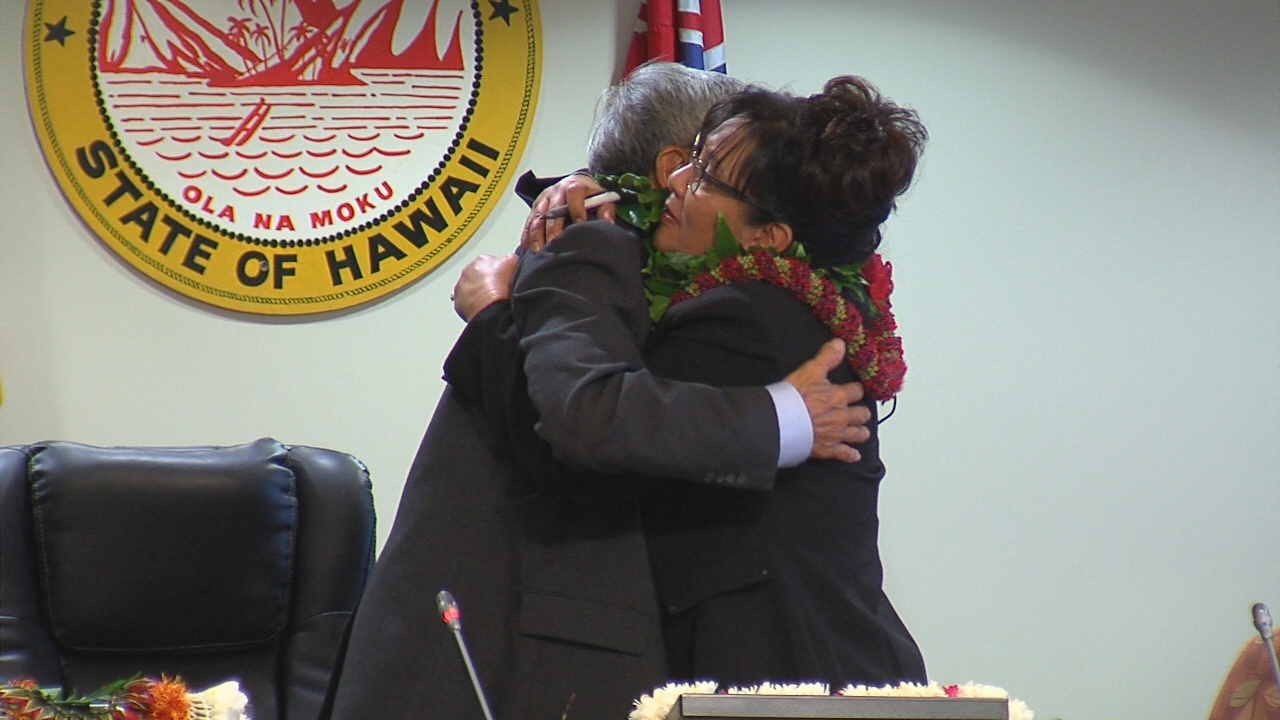 HILO, Hawaii – After today’s inauguration ceremony, the new Hawaii County mayor Harry Kim sat in as the temporary chair of the Hawaii County Council in order to facilitate a re-organization.

Mayor Kim – who previously served two terms before the administration of the now-former mayor Billy Kenoi – commented on the historic moment in which he handed the gavel over to the new Council Chair Valerie Poindexter.

Hamakua’s Poindexter will now lead a council that for the first time will consist of a female super majority; 6 women and 3 men.

Once she assumed the chair, the first item of business was approving Karen Eoff of Kona as the vice chair.

Big Island Video News will have more on today’s events.