MAUNA KEA (BIVN) - The Winter Storm Warning has been extended into Sunday morning, as another 2 to 4 inches of snow is still expected to blanket the summits of Mauna Kea and Mauna Loa tonight. 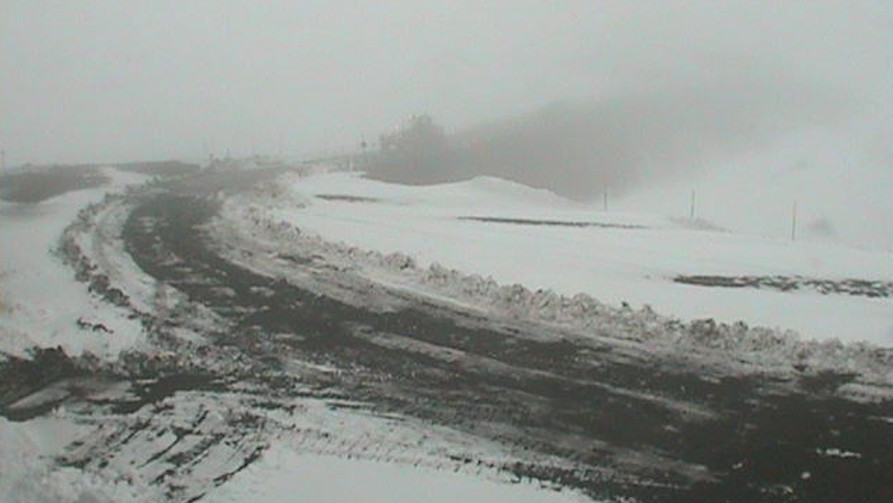 (image courtesy Keck webcam) Crews appeared to be making some headway clearing roads at the summit on Saturday, although the summit remains closed to the public at the moment.

MAUNA KEA, Hawaii – The National Weather Service in Honolulu has extended the Winter Storm Warning for Hawaii Island summits above 12,000 feet, which is in effect until 6 a.m. HST Sunday.

Mauna Kea summit webcams were mostly whited out on Saturday, although an occasional clear glimpse showed snow was piled high on roads and around observatories.

Forecasters say an upper level disturbance moving over the eastern end of the state is bringing the heavy snow to the tops of Maua Kea and Mauna Loa.

The road to the summit of Mauna Kea was closed to the public all day long, blocked off at the Visitor Information Station at an elevation of 9,200 feet, rangers say. The closure will continue “until conditions are completely safe for travel to the summit.”

The summit of Mauna Loa remains closed beyond Red Hill due to the winter storm conditions, the National Park Service reports. Hikers can still obtain an overnight permit and stay at Red Hill Cabin. Backcountry permits to areas above 10,000 feet are temporarily suspended and day hiking is prohibited.